Despite having a fairly pessimistic view on the semiconductor group as a whole over the last year, I’e on more than a few occasions  laid out a bullish view on shares of Intel (INTC) and the prospects for a transformation of their business through a handful of acquisitions (read here, here, here & here). Most recently in late August, I had the following to say when the stock was very near current levels:

to my eye, the stock might have just bounced off of near-term support, and I see a couple potential catalysts for the stock heading into the fall. First off, estimates might be low enough that the company is now set up for a series of beats. Analysts expect eps and sales growth of only 3% in 2019, down from 20% and 11% respectively in 2018, at 11x expected 2019 earnings the stock is cheap to its history and very cheap to its peer group especially when you consider its 2.5% dividend yield and bought back close to $3.5 billion in shares  in the first six months of the year with $7 billion remaining in its current authorization. As far as catalysts possibly the announcement in the fall for a new CEO that investors are excited about who can continue the path in emerging technologies like IoT, AI/Datacenter & Autonomous Driving, also aided by a recent resurgence in growth in their PC business.

Not much has changed in my eye since, but this morning, Bank of America Merrill Lynch’s software analyst Vivek Arya upgraded shares of INTC to a Buy from a Hold with a 12-month price target of $60 citing the following reasons: 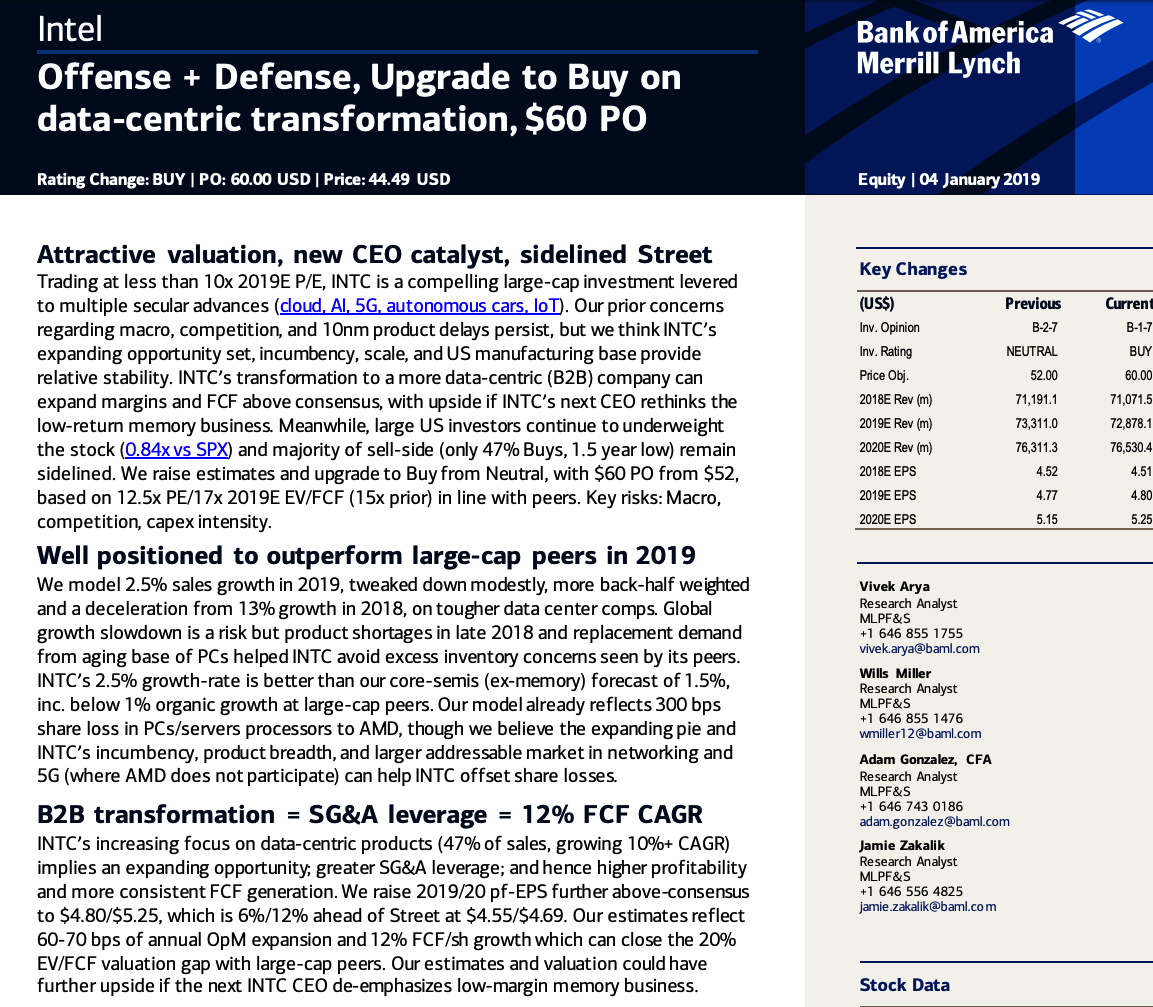 Despite being down about 17% from its 52-week highs made in early June, INTC has shown some very good relative strength of late with very good technical support in the mid to low $40s: 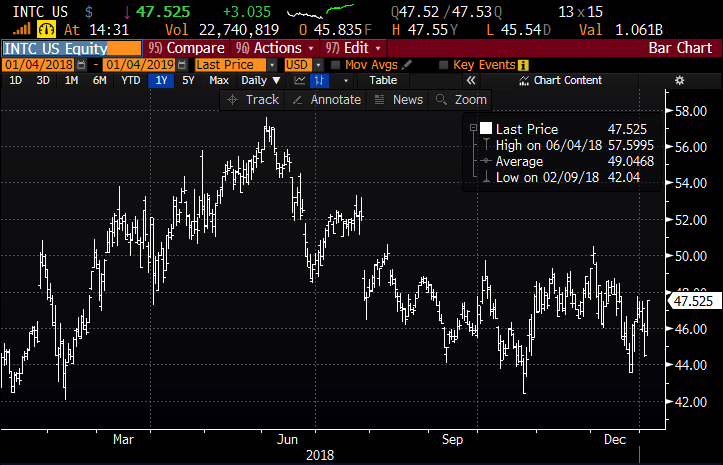 The next identifiable catalyst will be the company’s Q4 earnings on January 24th. The options market is implying about a 7.5% move between now and Jan 25th, most of which is for the earnings event.

Vivek in his note highlights the potential for a CEO announcement to be a positive catalyst which we will not be able to know when it comes. My take is that the near term might be a bit cloudy, with the potential for very limited upside and poor visibility. But if you agree with the BofAML call on INTC then it might make sense to risk what you are willing to lose and target the first-half breakout above $50 targeting the top end of the one year range.

Rationale: This trade idea risks 2.40 to possibly make up to 7.60 if the stock is up 26% in six months. The $2.40 in premium paid for this idea is about 5% of the stock price, which also appears to be the distance back to intermediate-term technical support down near $45. For those looking to make a bullish bet on INTC it makes sense to define risk down to that area as the five-year chart below shows the breakout level from late 2017 that would likely be the next stop on the downside on a miss and guide down. 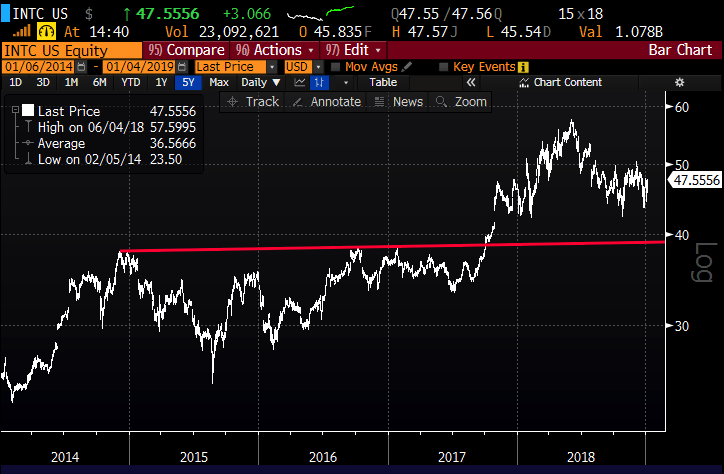