From INTC’s lows in July 2017 to its recent multi-year highs in early June of this year, the stock gained 70%: 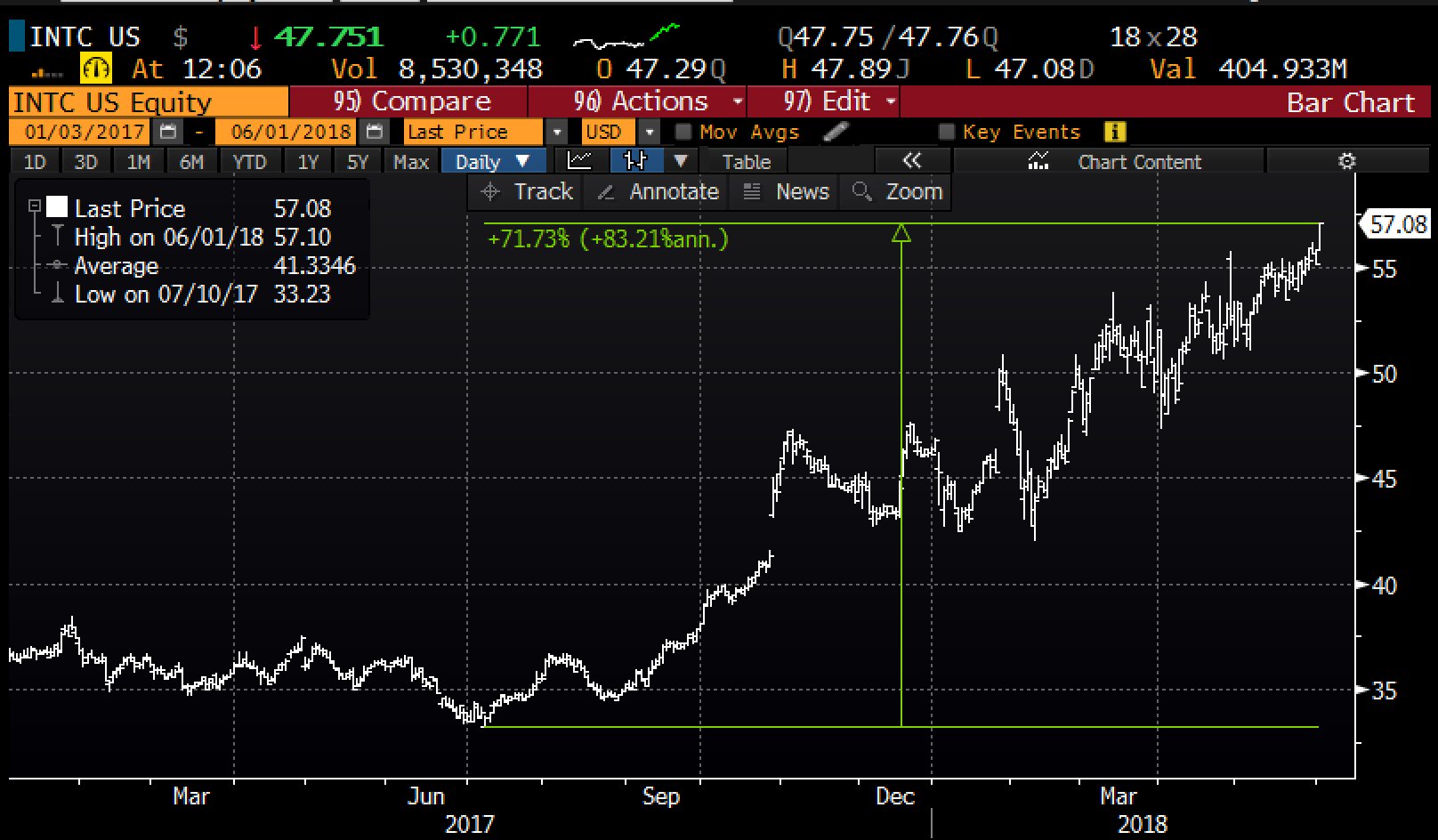 Since its June highs, the stock has declined 17% on news that their CEO was forced to resign in later that month after having an affair with an employee, disappointing forward guidance in late July resulting from a delay in their next generation 10-nanometer chips allowing competitors like Advanced Micro Devices (AMD) to gain market share, despite growing datacenter at 27%, nearly encompassing 50% of the companies sales, it missed consensus estimates of 29% growth and of course concerns about brewing trade war with China. 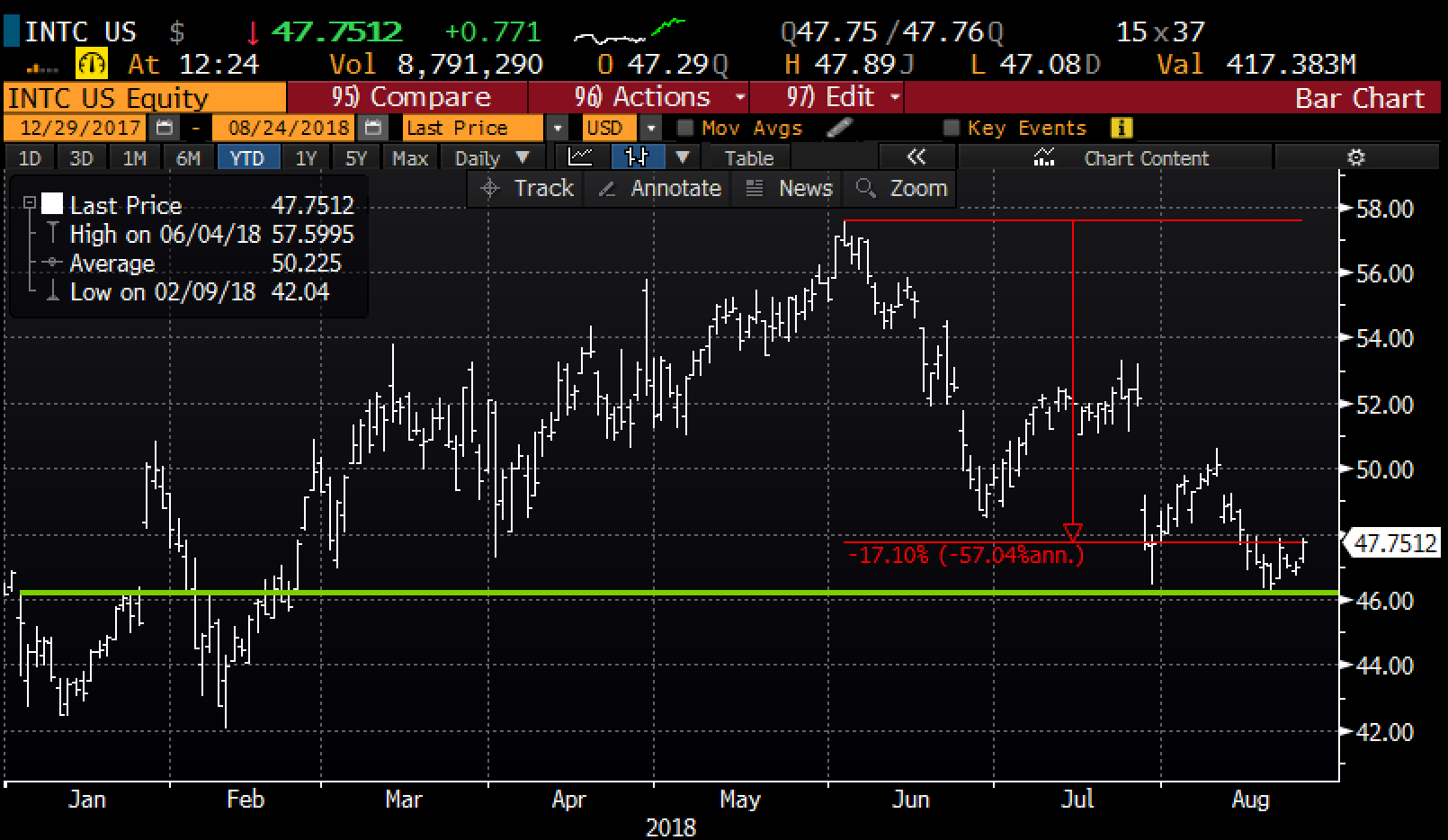 But to my eye, the stock might have just bounced off of near-term support, and I see a couple potential catalysts for the stock heading into the fall. First off, estimates might be low enough that the company is now set up for a series of beats. Analysts expect eps and sales growth of only 3% in 2019, down from 20% and 11% respectively in 2018, at 11x expected 2019 earnings the stock is cheap to its history and very cheap to its peer group especially when you consider its 2.5% dividend yield and bought back close to $3.5 billion in shares  in the first six months of the year with $7 billion remaining in its current authorization. As far as catalysts possibly the announcement in the fall for a new CEO that investors are excited about who can continue the path in emerging technologies like IoT, AI/Datacenter & Autonomous Driving, also aided by a recent resurgence in growth in their PC business.

So what’s the trade? look to finance November upside calls playing for a better than expected Q3 results and Q4 guidance by selling shorter-dated upside calls, for instance…

If the stock is 50 or lower the short Sept call will expire worthless. Depending on where the stock is and how many deltas the Nov call gained or lost that premium from the sale of Sept could offset or add to value of the Nov. The max risk of the trade is the 95 cents in premium paid, a full loss could result from a sharp decline below the current price or a sharp rise above the strike.

Rationale: the idea of this trade is to chip away at the premium for owning out of the money calls that will Even if the stock is above the strike, the position can be profitable as the long call strike with more time value will also gain in deltas. The ideal scenario on Sept expiration is that the stock is 49.99, the Sept call expires worthless or covered for pennies, and the long Nov call has gained in value and now you are long a call in Nov that you can turn into a vertical call spread by selling a higher strike call in Nov, further reducing the premium at risk.