CC and I are both going to be off the trading grid next week while we will each be traveling with our families and will not be posting. We hope that you enjoy the final week of summer, we plan on getting recharged for what will surely be a hectic September and October given the uncertainty regarding the budget and debt ceiling.

On tonight’s Options Action on CNBC I will offer two trade ideas on sector etf’s that we have looked at in the last few weeks. Earlier this week we offered some thoughts on Homebuilding stocks (XHB – Leaky Foundation). And on August 7th we looked at consumer staples stocks, specifically at the XLP, the etf that tracks the group (The Dollar, China and US Staples). In both instances, we leaned to the short side and offered defined risk trade ideas to express the views, but in both instances we looked to sell short dated puts to finance longer dated ones. On tonight’s show I will detail vertical put spreads in each.

Here are the trade ideas, the theses detailed in the prior post still stands, these are just more directional ideas.

As I stated in the prior post, a pull back in this name might not be severe, but I like targeting the February breakout near $36, this trade idea offers a favorable risk reward over the next 8 weeks. 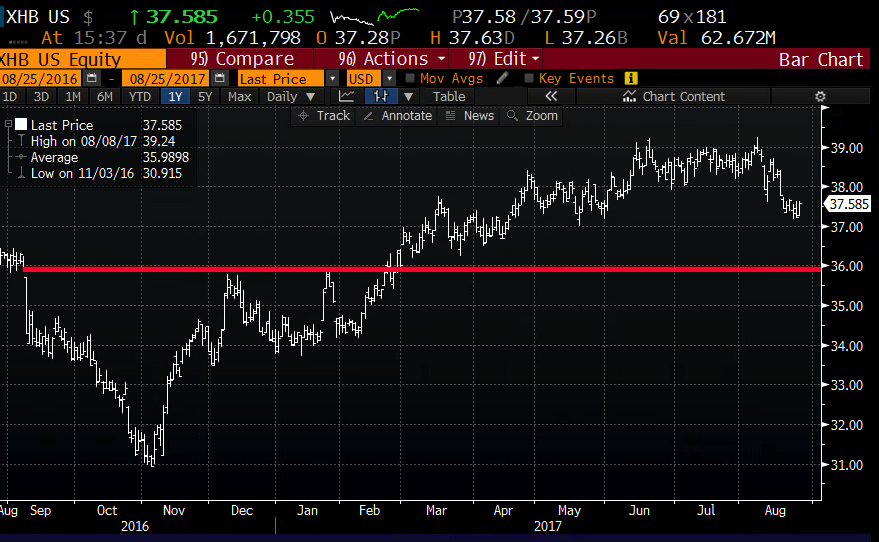 Aside from high valuations of components in an already expensive market, I expect Amazon’s announcement to lower prices on groceries at their newly acquired Whole Foods unit will weigh on consumer products companies margins and that of competitors like Walmart and Costco which are both components of the XLP. Oh and this chart looks nasty, textbook head and shoulders top: 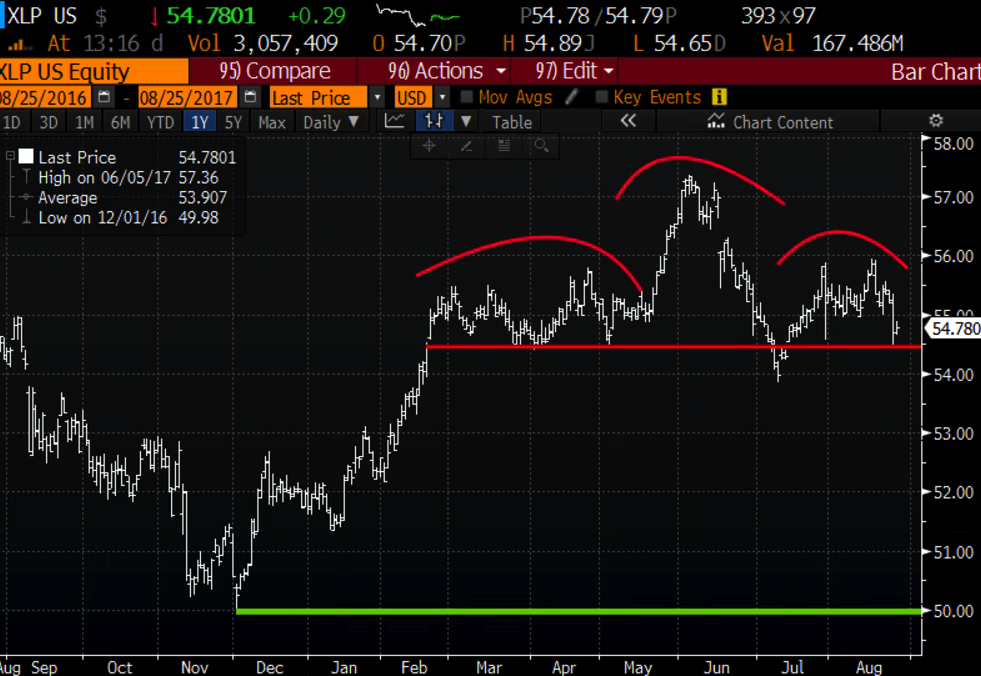