Let’s take a closer look. Since its all-time highs a year ago, the TRAN had a 25% peak to trough decline, from the high, since recovering from those depths this year, it has confirmed neither of the new highs in the broad market in April and in July and has three lower highs that have resulted in three double-digit percent declines. The index is once again approaching key technical support in and around 9750 and below all of its major moving averages: 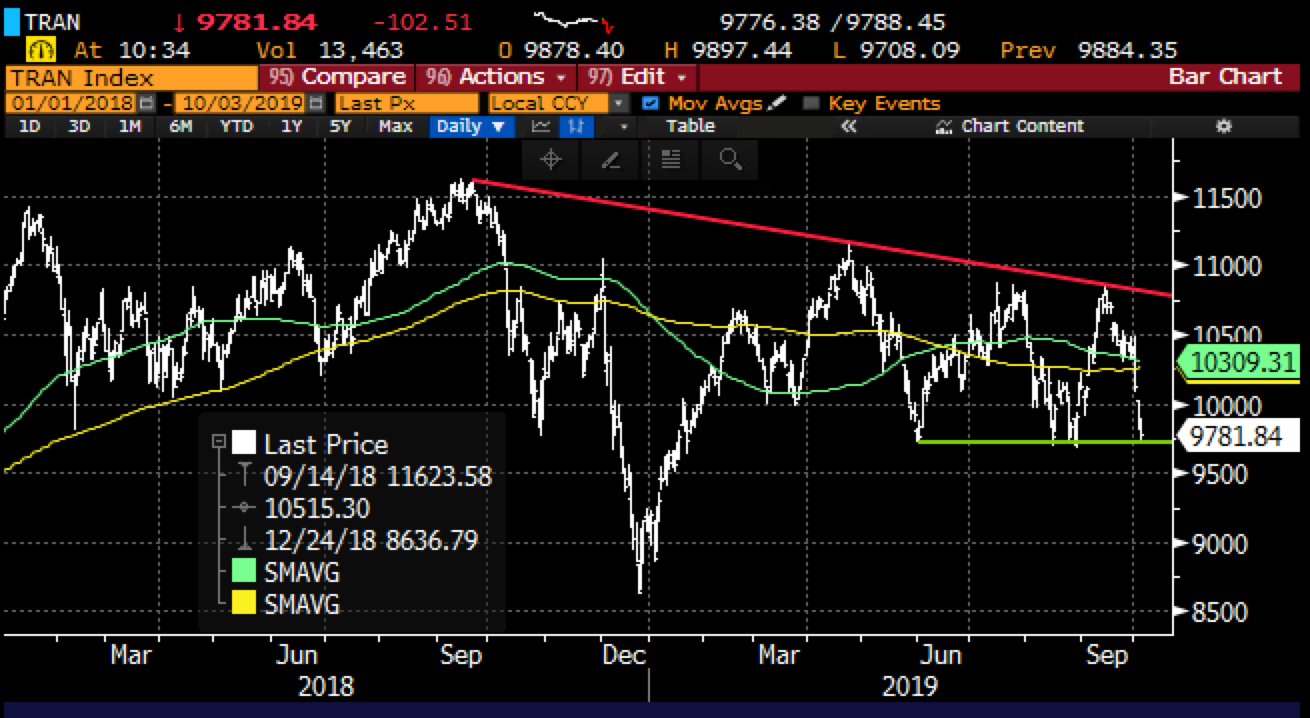 One of the reasons for yesterday’s decline aside from global growth concerns was disappointing commentary from Delta Airlines (DAL) as Tim discussed in the clip associated with higher costs that could weigh in profitability. It is notable that the stock’s nearly 10% decline this week puts the stock in precarious technical waters, below its 200-day moving average and below the uptrend that it has held like a boss since the lows in late December: 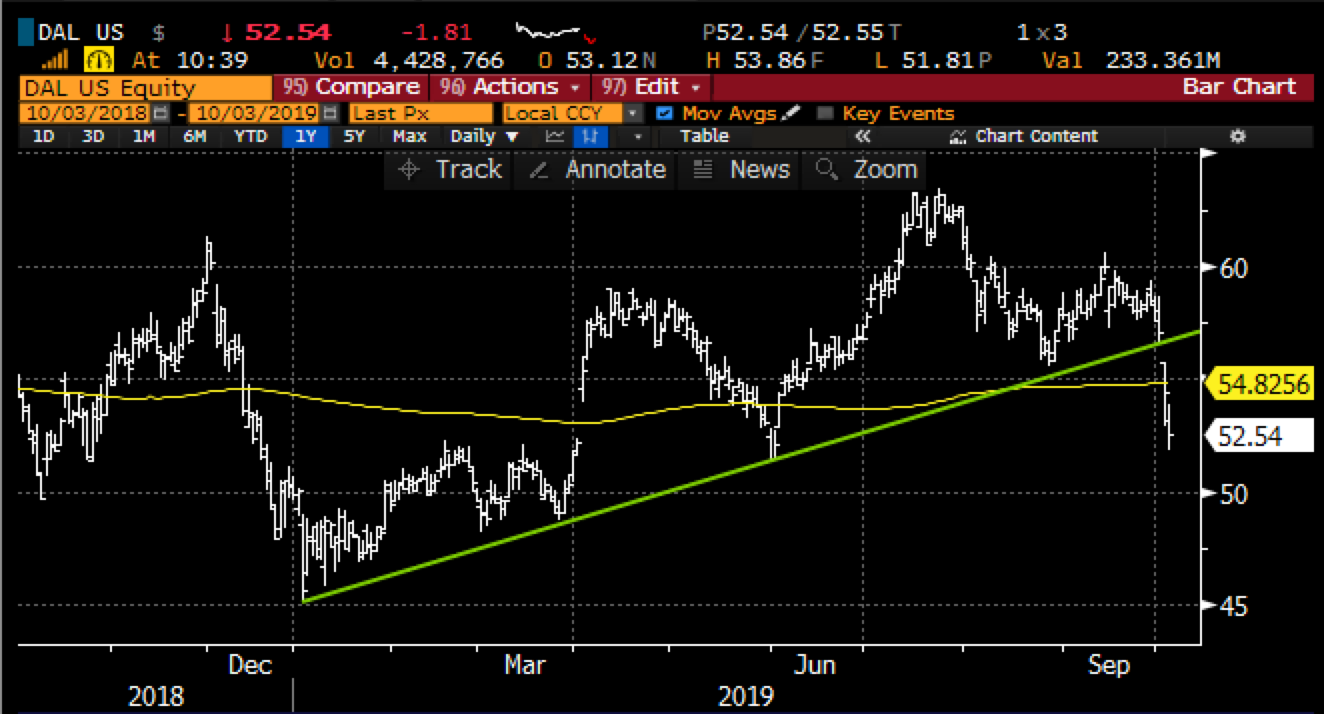 I last wrote about Transports, the IYT, the etf that tracks the group and Delta (DAL) on July 10th and had the following to say prior to Q2 earnings:

not all of the stocks in the transports are created equal in the current stock market environment as nearly 30% of the IYT are in rails like NSC, UNP and KSU all trade near their 52-week highs, while shippers like FDX and UPS which make up about 16% of the weight trade far closer to their 2019 lows than their 2019 highs.

If I were of the mindset that airlines like DAL will start to discount a strong seasonal Q2, and that a drawn-out trade war will start to weigh on rails, continue to weigh on shippers and truckers like JB Hunt (JBHT), than targeting a break-down in the IYT over the next few months might make a lot of sense as transport after transport offers murky second-half guidance.

It is still a bit of a mixed bag in the space, and frankly the IYT seems like a hard press on the short side right above technical support, but the relative weakness is NOTEWORTHY and the group could set up to be a great sale on a rally and I thought given the sort of throw-away comment last night on the show I would go into greater detail as there are still some out there who subscribe to the Dow Theory, which in a nutshell suggests that the Transports usually need to confirm highs and lows in the broad market for them to be convincing.