Delta Airlines (DAL) will report their Q2 earnings tomorrow before the bell. The options market is implying about a $2 move in either direction tomorrow, or about 3.3%, which is rich to the average 1.7% one-day post-earnings move over the last four quarters.

Shares of DAL have been fairly range-bound since the start of 2018 while finding massive technical resistance between $58 and $60: 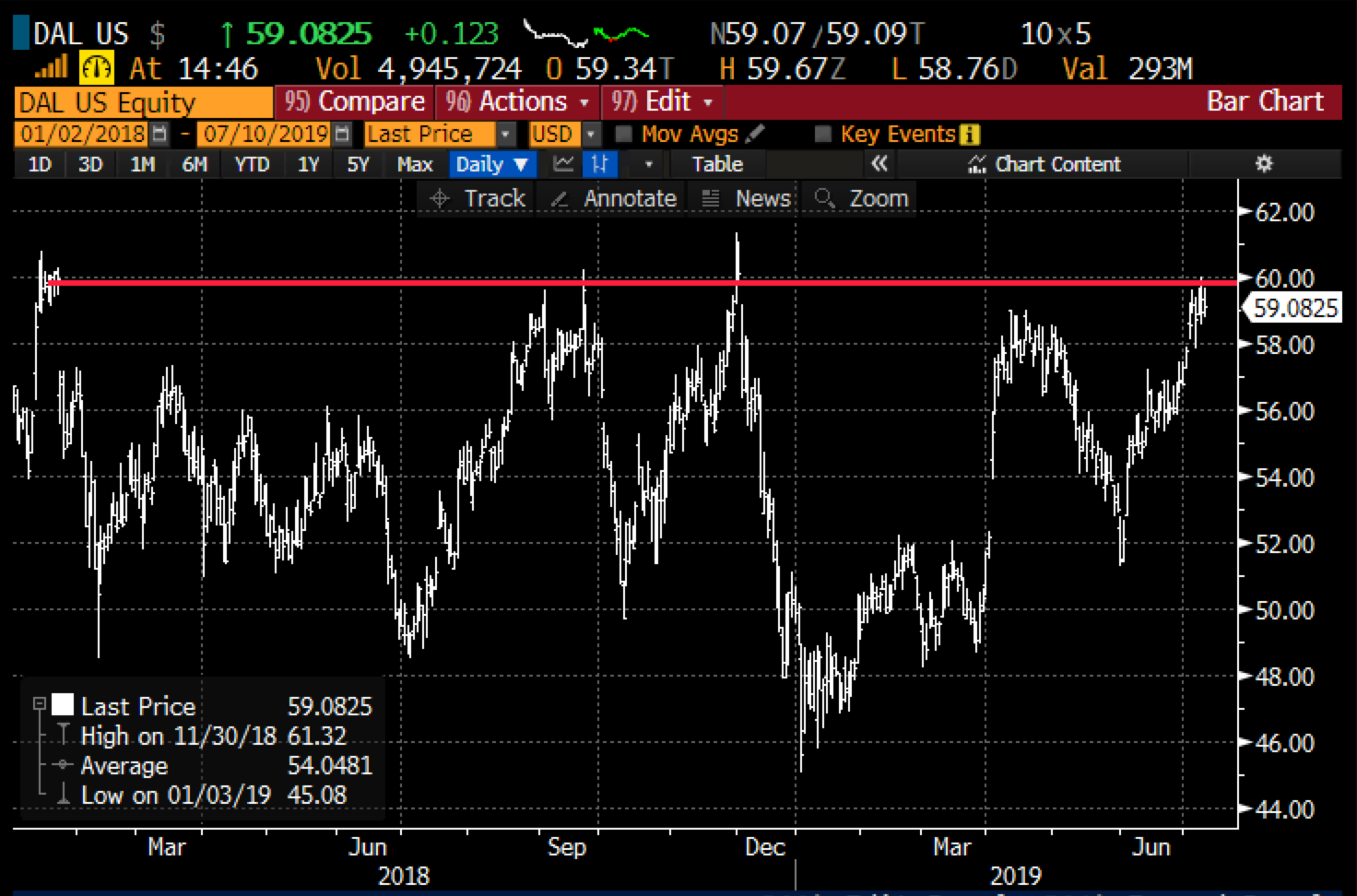 The IYT, which is made up of DAL’s transport brethren has a very different feel than DAL which is for the fifth time in 18 months threatening a breakout to new highs… the IYT’s YTD chart resembles something of a head and shoulders top, and maybe, more importantly, has not confirmed either of the SPX’s new highs since Q3 2018. The 1-year chart of the IYT shows fairly critical technical support between $180 and $175: 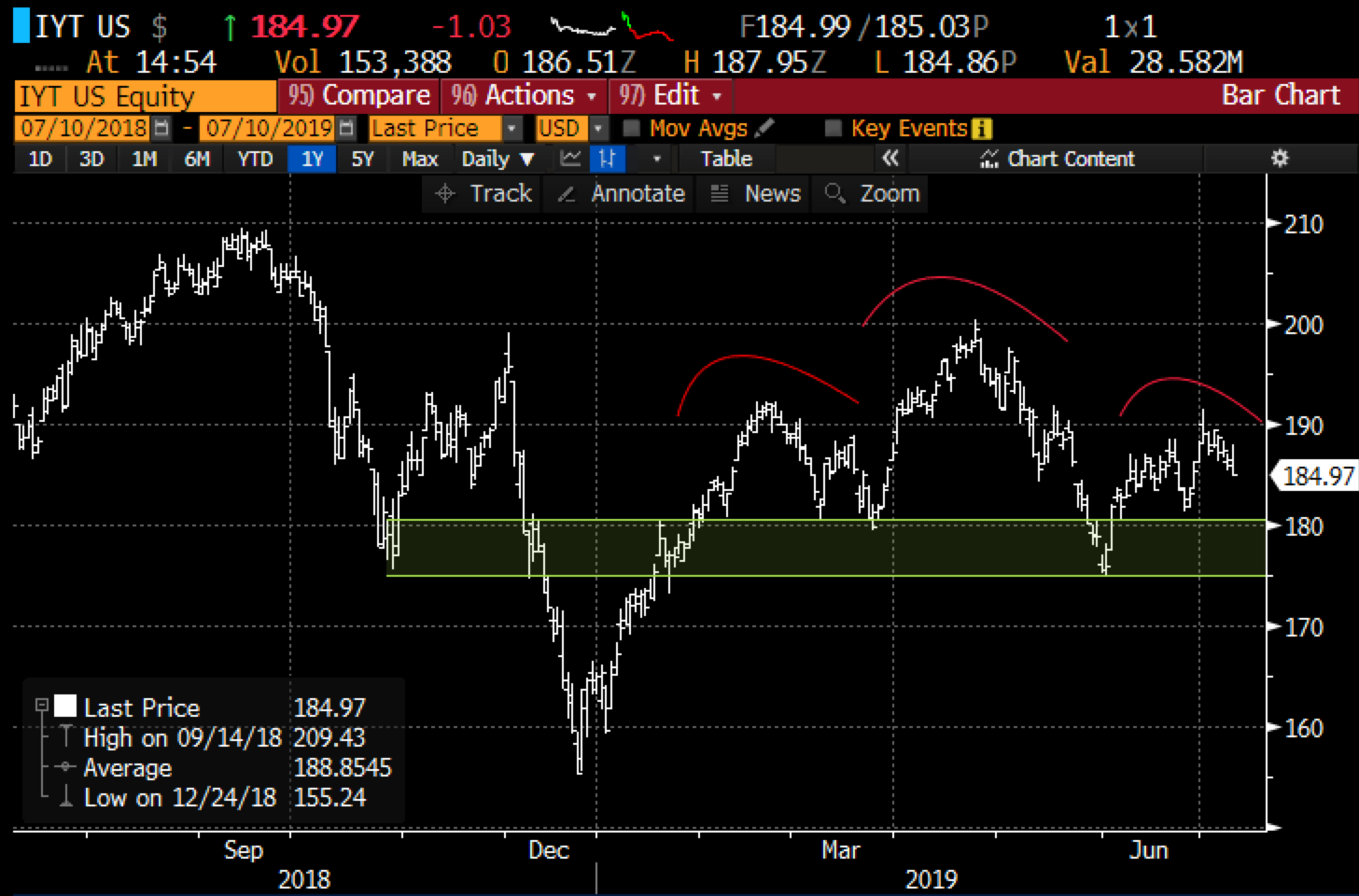 I would add that not all of the stocks in the transports are created equal in the current stock market environment as nearly 30% of the IYT are in rails like NSC, UNP and KSU all trade near their 52-week highs, while shippers like FDX and UPS which make up about 16% of the weight trade far closer to their 2019 lows than their 2019 highs.

If I were of the mindset that airlines like DAL will start to discount a strong seasonal Q2, and that a drawn-out trade war will start to weigh on rails, continue to weigh on shippers and truckers like JB Hunt (JBHT), than targeting a break-down in the IYT over the next few months might make a lot of sense as transport after transport offers murky second-half guidance.

Rationale: this trade idea risks 2.3% of the stock price, with a break-even down 2.3% with more than two months to expiration.