Over the last couple quarters, we have been trading (most recent here and here) the “semis’ via the etf the SMH whose two largest holdings Intel (INTC) at 8.5% and Taiwan Semiconductor (TSM) at 7% have gone in two different directions of late. INTC is trading up 15% on the year very near a 52-week and multi-year high, while TSM is down 3% on the year, but I guess more importantly down 17% from its 52-week and all-time highs made in late January: 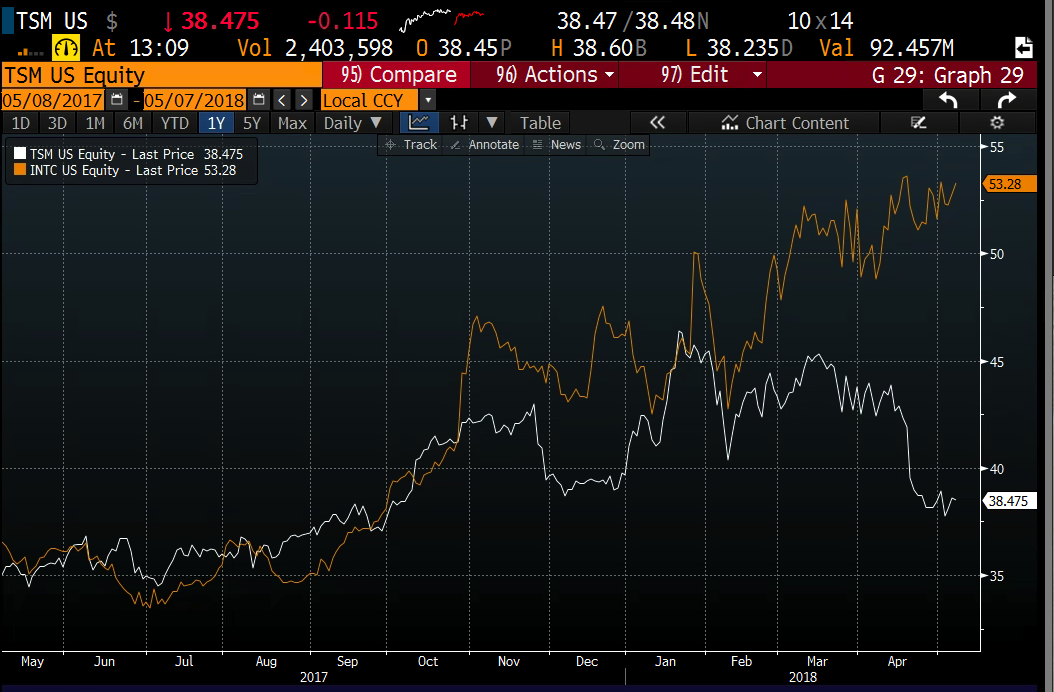 This divergence is important to me for a couple reasons, first and foremost Apple (AAPL) is TSM’s largest customer by a longshot at 21% of sales. TSM’s guidance in mid-April was what got AAPL investors nervous in the first place up their FQ2 guidance last week sending the stock down more than 10% in the couple weeks leading into the print. While AAPL’s 15% bounce since its April lows (most coming after last week’s earnings) to new all-time highs today is nothing short of remarkable for AAPL, but TSM’s lack of bounce with AAPL is kind of troubling.

As for INTC, the stock seems to be carving out its own path, and that means away from AAPL, as the company pushes into more data-centric business like IoT, AI / Deep Learning and Autonomous driving through a handful of acquisitions over the last few years (Altera, Neervana & Mobileye) at a time where it was rumored earlier this year that AAPL is currently looking to design their own chips for MACs.

Which brings me to the third largest holding in the SMH, Nvidia (NVDA) who INTC is squarely positioning themselves against in the emerging tech markets listed above. NVDA will report their fiscal Q1 results on Thursday after the close. The options market is implying about a $17 move in either direction on Friday or about 6.8% which is shy to the average of about 9% over the last four quarters, and 7.5% average over the last ten years.

Shares of NVDA are up nearly 30% on the year, that after last year’s more than 80% gains. To my eye, NVDA is near resistance at its prior all-time high made in March, with nothing but clear blue skies above, while the January breakout to then new highs near $220 should serve as healthy near-term support, while the 2018 low at $200 should serve as a sort of Alamo for the stock: 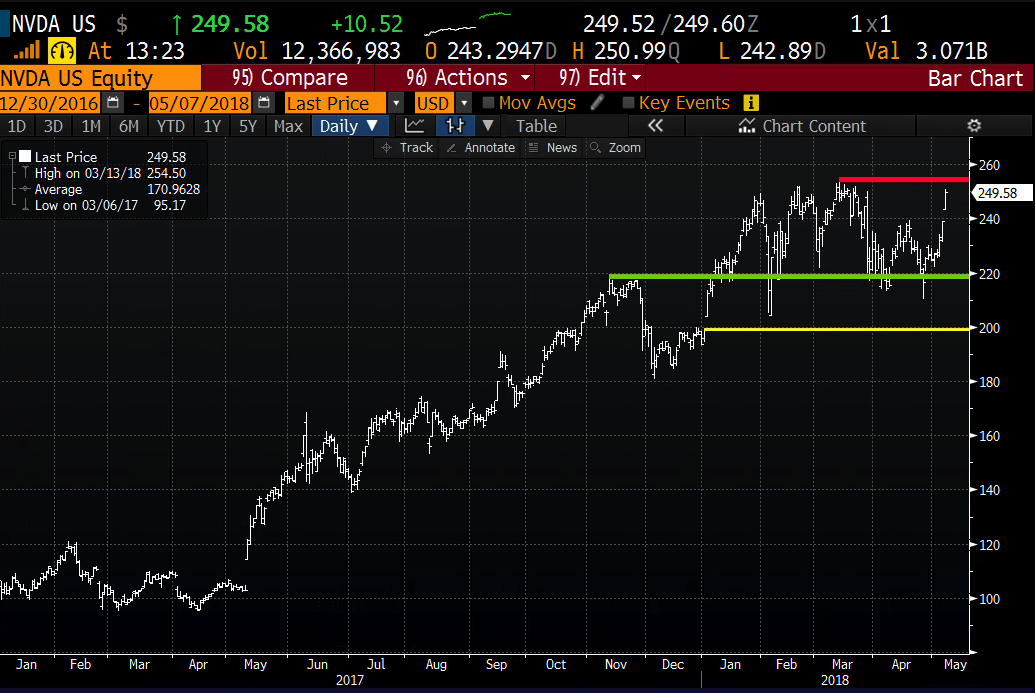 I see little reason to play NVDA into the print, it seems sort of binary, while the stock is not exactly rip-roaring expensive on 2018 expectations, the company is expected to see a marked drop in eps and sales growth to mid-teens in 2019, and if there is any indication that those levels of growth could happen in back half of this year, the stock will be re-rated. That said a beat and raise and the stock is making new highs with no overhead resistance.

So back to the SMH. Given the strength in stocks like INTC and NVDA and the relative weakness in TSM, the fact that the SMH is still down 11% from its March highs and just 6% from its 2018 closing low tells me this recent bounce lacks gusto with few catalysts in the near term now that earnings season is near its end. Looking at the year to date chart its appears that the SMH could be at a near-term inflection point, and NVDA’s reaction to earnings this week could be the thing that causes a re-test of the 2018 lows near $95 or a breakout above the two-month downtrend: 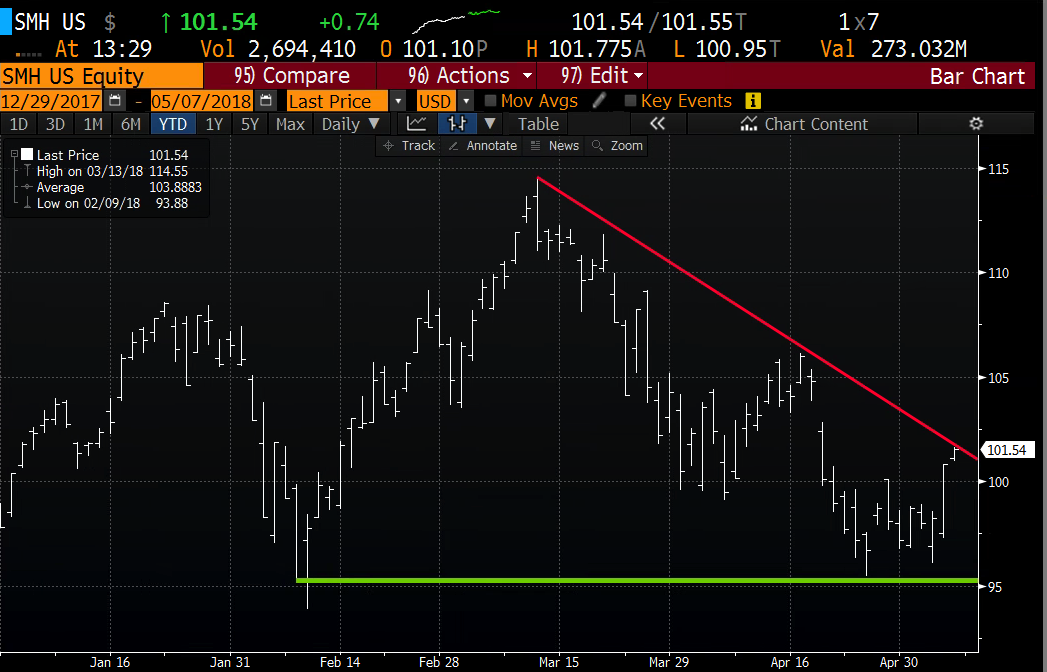 So what’s the trade? If I were inclined to play for a failure at the downtrend, and a re-test of the prior lows I might consider the following strategy:

Rationale: This trade idea is already slightly in the money allows for this view to play out over more than 2 months offering near the money participation and offers more than a 2 to 1 payout.