Yesterday in my fiscal Q1 earnings preview for Apple (AAPL) I stated that it was a difficult near-term set up for the stock into the print: 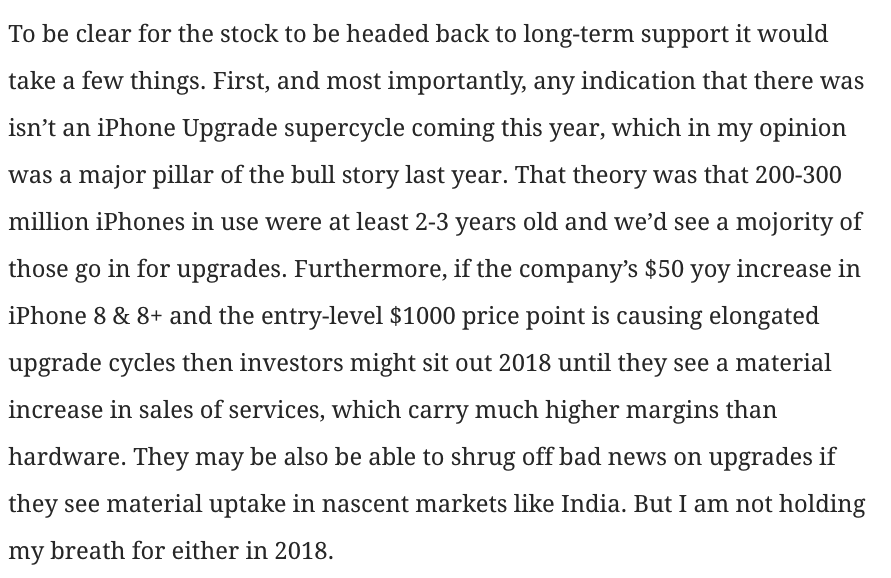 The company reported an iPhone unit number of 77.3 million that was below Wall Street consensus of 80m million and guided March quarter revenues below expectations causing some longtime bulls to reassess their bullish thesis that was largely the result of an upgrade supercycle caused by the new innovative iPhone X. Well that looks out the window. Bulls are arguing that the massive ramp in average selling prices to nearly $800 from last years $656 asp is what investors should be focussed on but its important to note that the company needs to continue to grow their installed base if they hope for higher margin services like Music, Pay and the App Store to make up larger than 15% of their total sales to offset what till likely be declining gross margins as the smartphone market becomes more saturated globally.

Notably, Bernstein’s top-ranked Apple analyst Tono Sacconaghi Jr downgraded his rating on the stock this morning from Buy to Hold and lowering his 12-month price target from $195 to $170 citing: 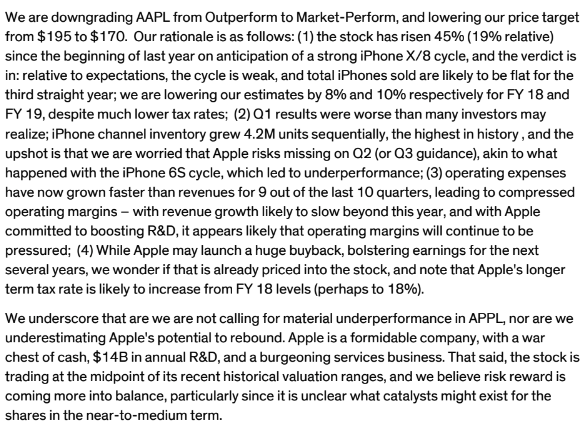 In my post yesterday I highlighted to my eye what seemed like the stock sitting on key near and long-term support levels: 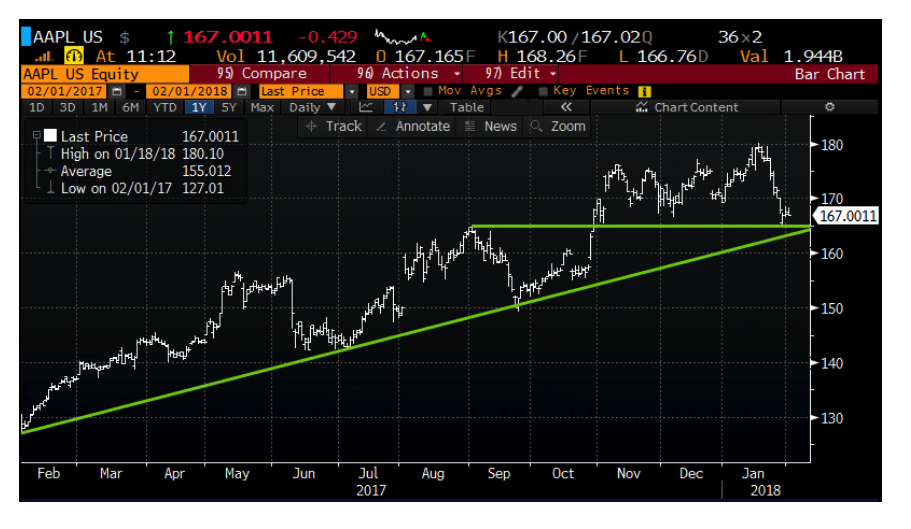 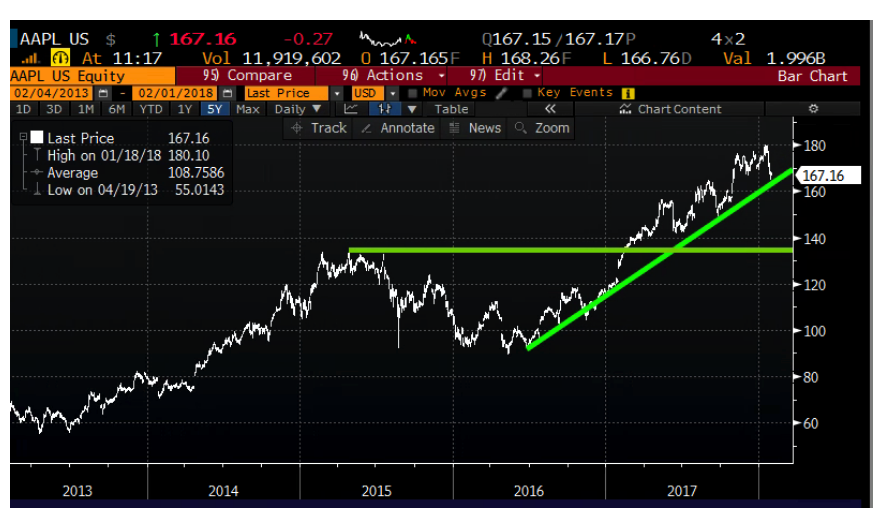 With the stock down $4 to $163 it is below near and long-term support and to my eye looks like there is risk at least to the mid $150s and possibly to $150, which was the double bottom low from last August & September:

If I feared (or was looking for) near-term weakness prior to the company’s fiscal Q2 earnings in late April where the company will announce their new capital return plan. And think the stock could retest $150 you might want to consider the following hedge against long stock, or as a low premium directional bearish bet that in the worst case scenario gets you long the stock down much lower 1 ratio put spread is interesting:

Worst case scenario… AAPL is below $140, you would be put 100 shares of stock at 150, but effectively $141.50 (short put strike less the profit of the $10 wide put spread). Aside from the $1.50 in premium for the trade idea, you will have additional losses down 12% from the current price, which is already down 9.5% from last month’s all-time highs.