Talk about spending your way out of a Recession, Morgan Stanley (MS) is in the process of remaking its business. On Friday the company closed their $13 billion acquisition of online broker eTrade, which when announced in February the company highlighted the following synergies and goals in their press release:

Well, it didn’t take long for MS’s M&A group to move on to their next target. This morning the company announced a $7 billion deal fo acquire asset manager Eaton Vance, citing the following intern, per the WSJ: 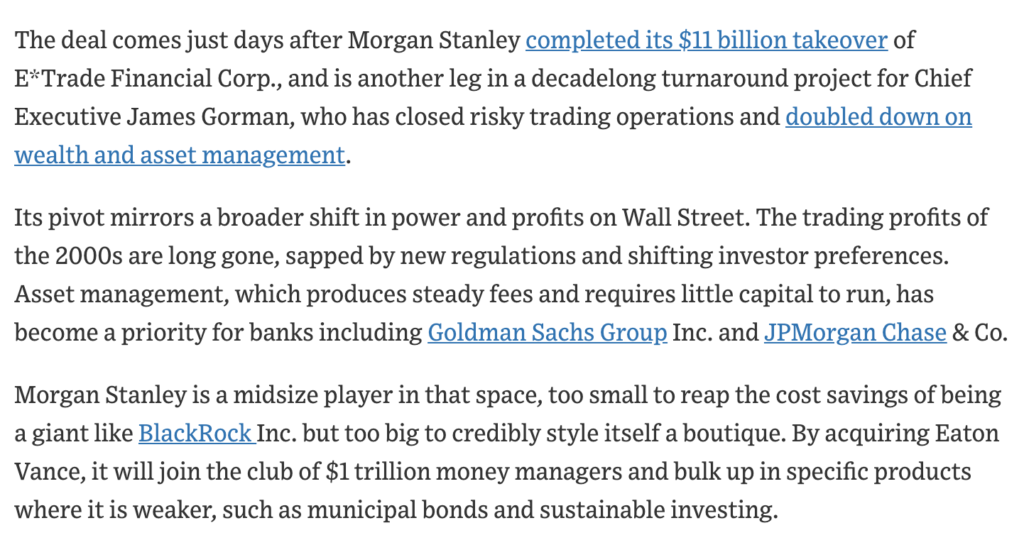 The one year chart below shows the recent support its 200-day moving average and resistance in the mid to high $50s: 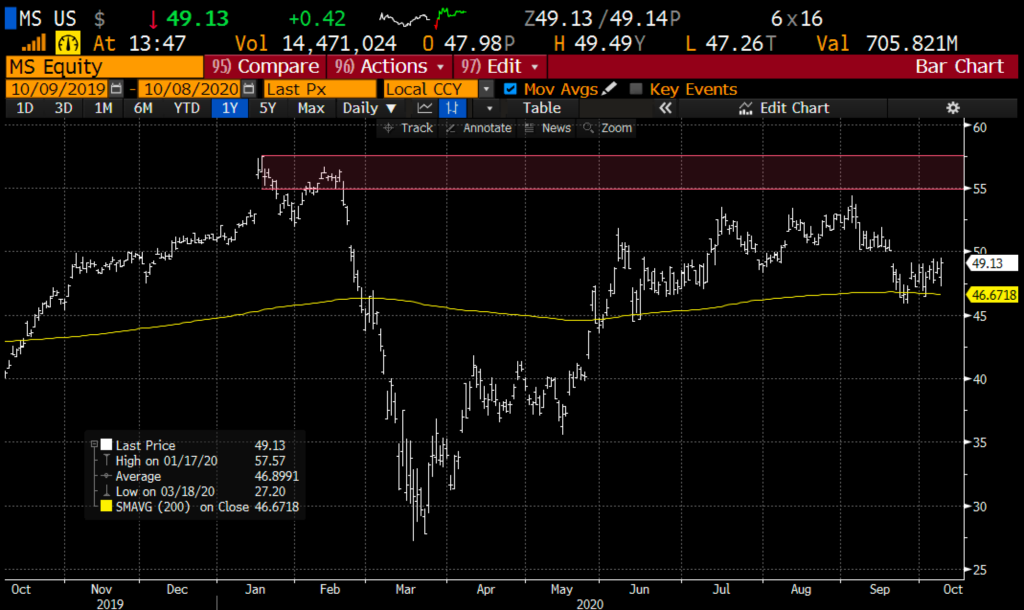 MS will report its Q3 results next Thursday, Oct 15 prior to the open, the options market is implying about a 5% move in either direction between now and next Friday’s close. The stock is generally not a big mover on earnings, with its average one-day post-earnings move over the last four quarters of about 1.3%, while its 10-year average is a little below 3%.

Bank stocks would certainly be perceived as beneficiaries of further stimulus as it would likely stave off a good bit of defaults and bankruptcies that banks are holding and have been increasing reserves to cover. Going forward with MS’s balances from their Etrade division and of course Eaton Vance, a steeper yield curve would certainly benefit their margins. The spread between the 2yr Treasury and the 10yr Treasury above 60bps is at the highest it has been in months, helping to give large money-center banks a slight bid. If MS is able to demonstrate tight cost controls, and their commentary regarding loan loss reserves is decent, I could see the stock breaking about above $50 on its way to the low-end of its technical resistance level near $55.

So in my opinion three main drivers for banks to play some catch up to the broad market, and then a name like MS to keep leading in the group, 1) Stimulus deal, and soon, 2) Election, clear win and not contested, 3) progress on therapies and vaccine that helps to reopen the economy, allowing banks to release some of their reserves and get back to buying back stock. If all of those things were to happen in the next few months, bank stocks will be back at their Jan 2020 highs in my opion