Guy and I hope you had a great weekend, we are back with The Set-Up for the coming week, click below to watch and see our notes and charts below the video: 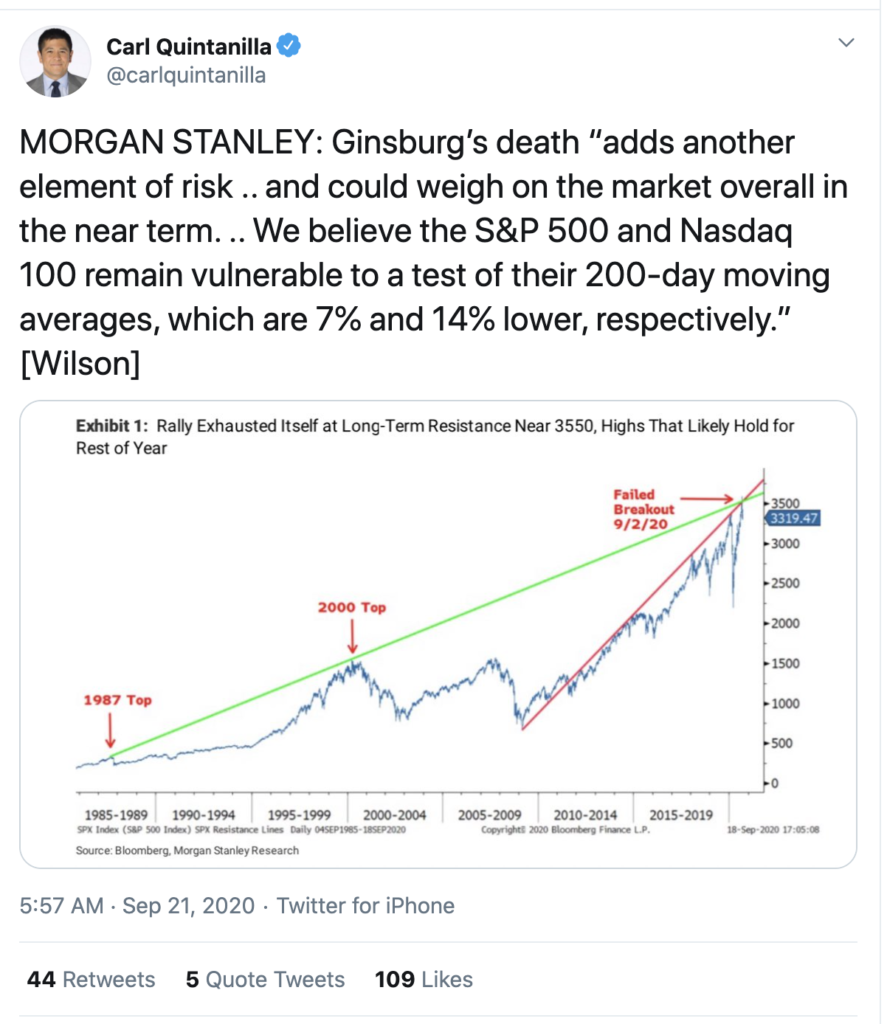 SPX: broke uptrend from March lows Sept 3, having to contend with its prior high near 3400, with its 200-day moving average calling it down near 3100: 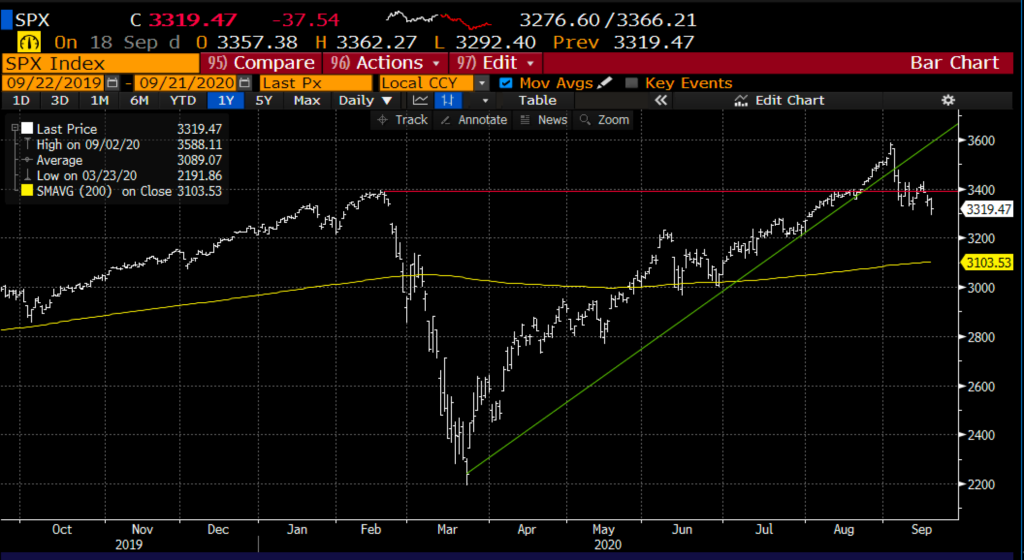 NDX, Nasdaq 100 singing a similar tune but much further from its 200-day: 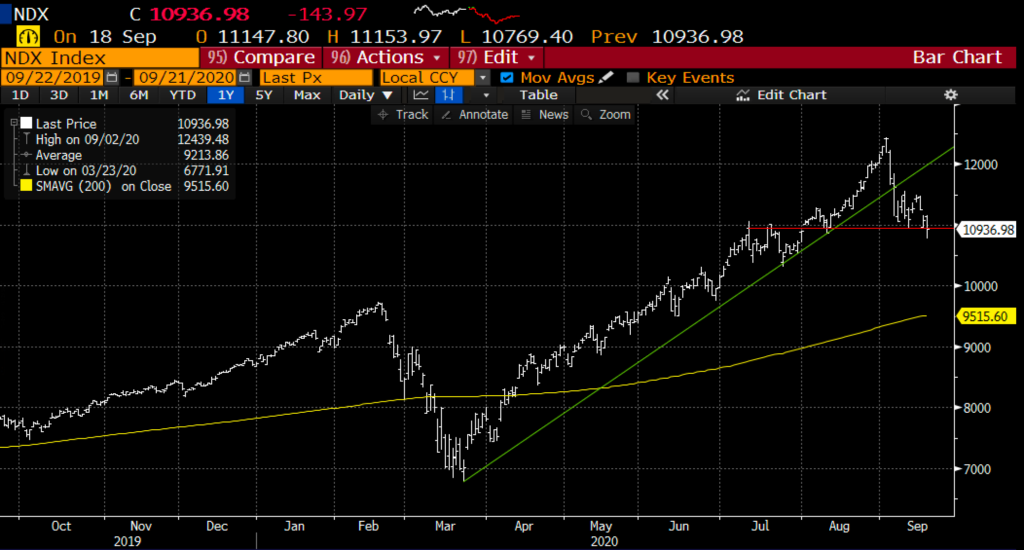 The documents identified more than $2 trillion in transactions between 1999 and 2017 that were flagged by financial institutions’ internal compliance officers as possible money laundering or other criminal activity, the report said. The top two banks are Deutsche Bank, which disclosed $1.3 trillion of suspicious money in the files, and JPMorgan, which disclosed $514 billion, the analysis found. Other lenders include HSBC Holdings Plc, Standard Chartered Plc and Bank of New York Mellon Corp., it said. 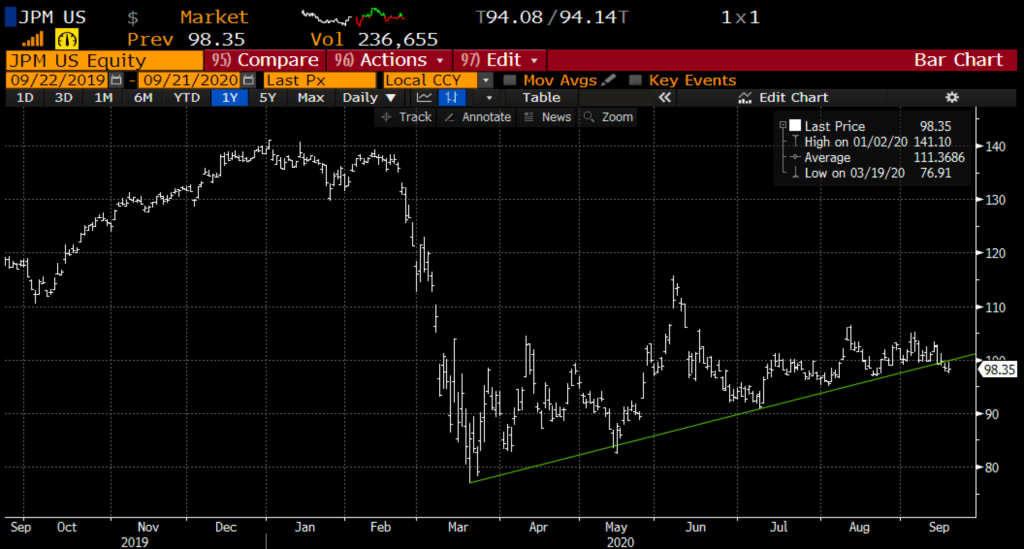 Apple (AAPL) was closed at its low of the week on Friday, down 10% from its Tuesday morning high, the day the company held a high profile product event. The stock closed very near the uptrend that has been in place from the March lows, down 22% from its Sept 2nd all-time high: 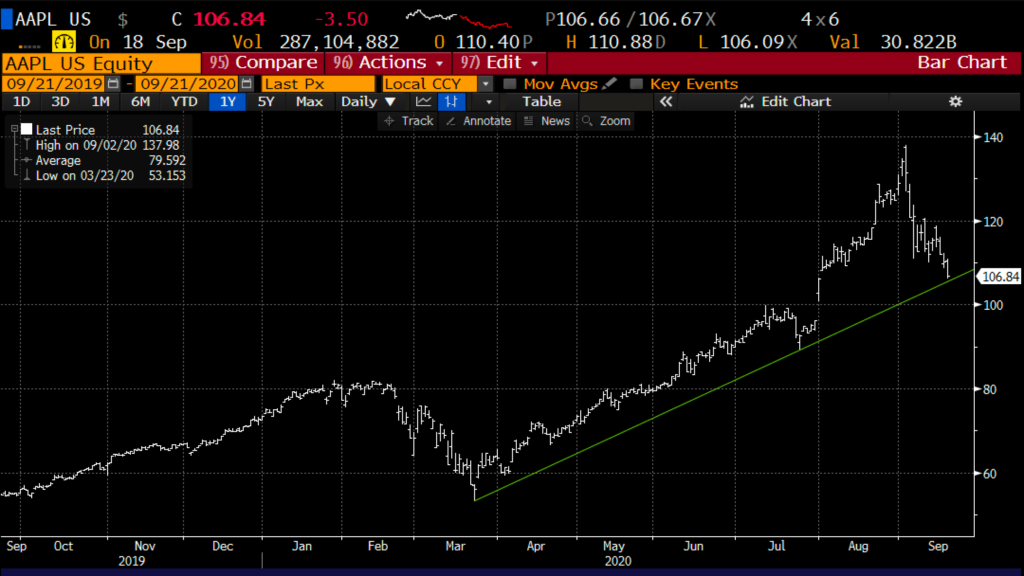 TSLA’s chart has a very different look and feel to its mega-cap tech brethren, Friday closing down only 10% from its Sept 1st all-time high: 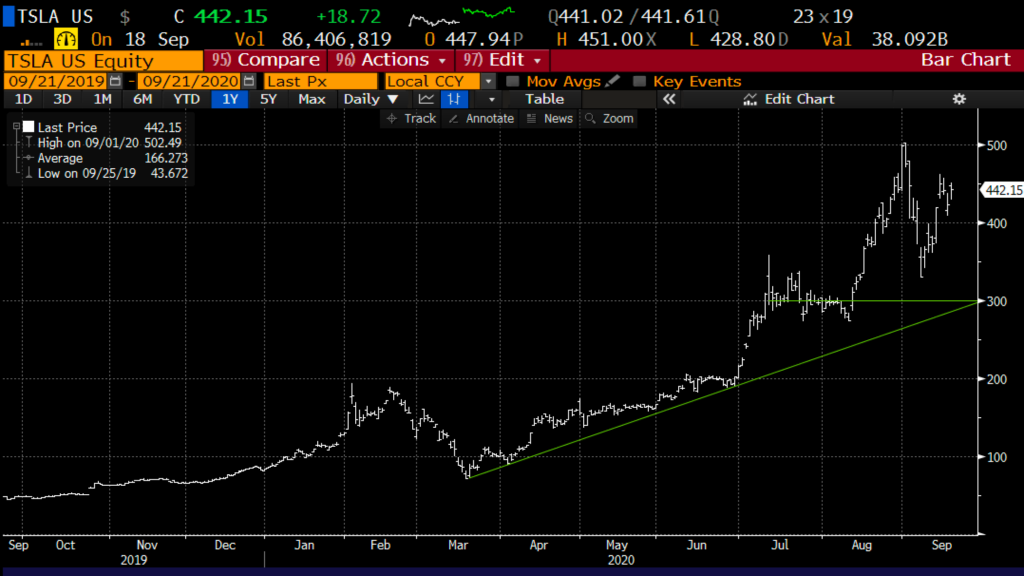 And then there is this evergreen leak: 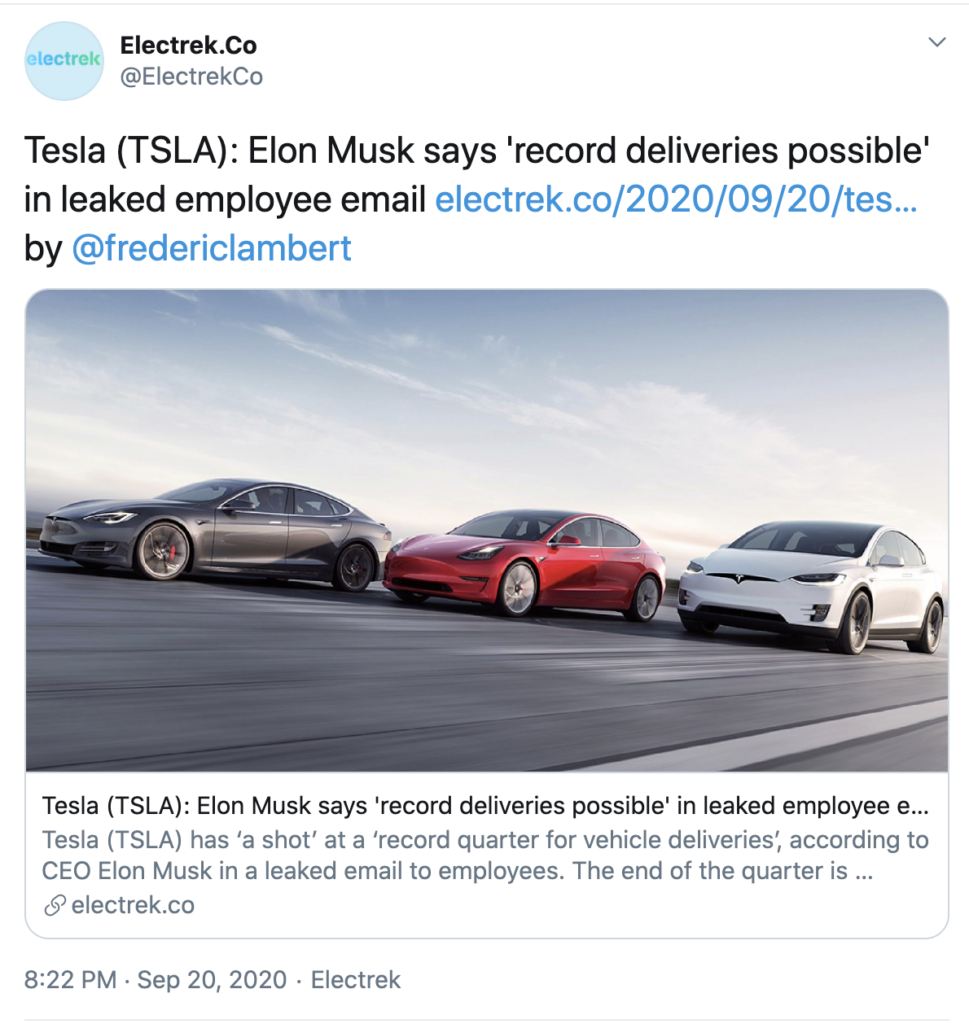 Tech IPOs and SPACs, are investors making room for some of this issuance? SNOW at its day 1 highs traded up 162% from its $120 IPO price and closed down 25% from those highs n the week, up exactly 100%: 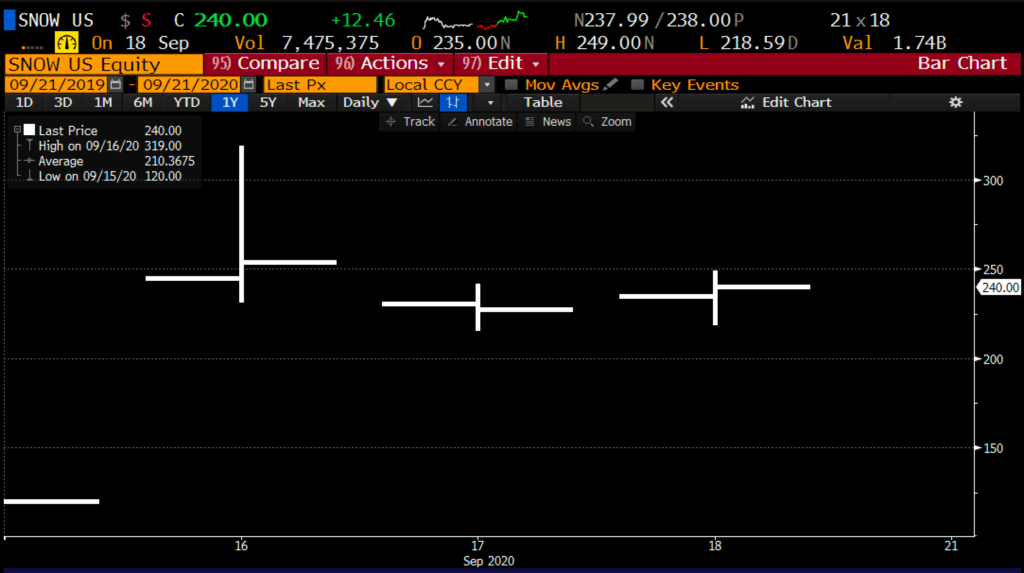 At its highs the stock had nearly a $90 billion market cap, as highlighted by Charlie Bilello: 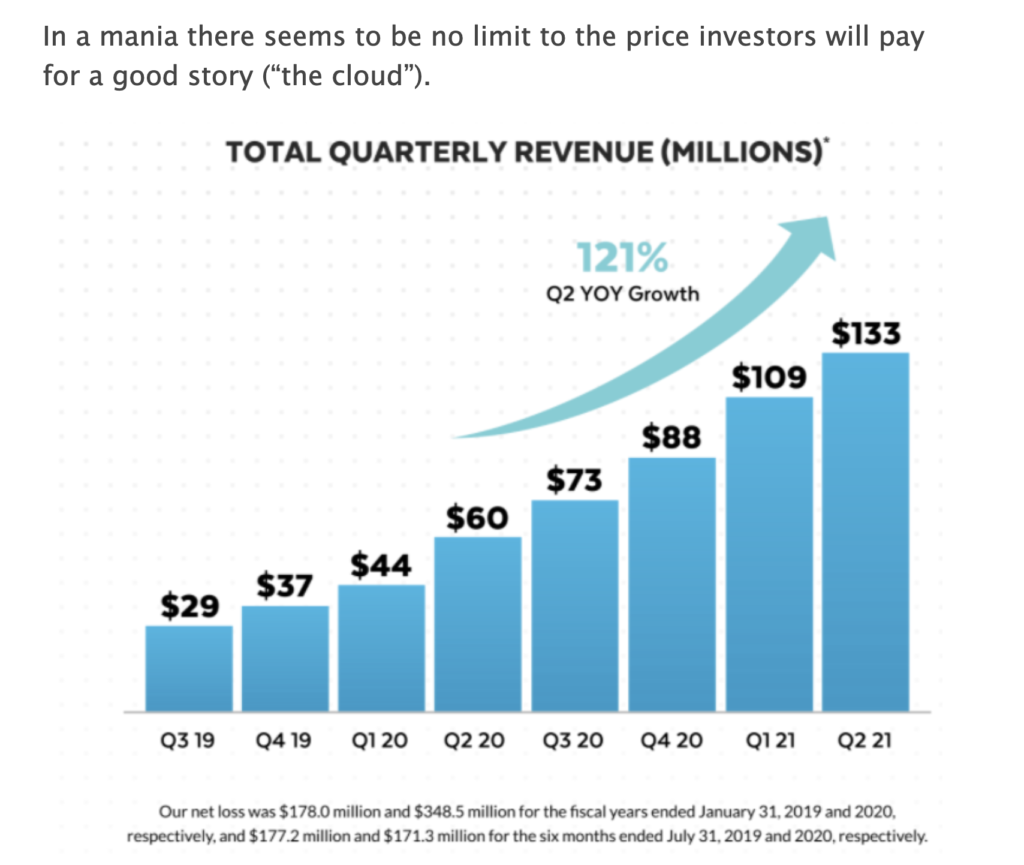 Epicenter stocks have sorely lagged the broad market but yet to break its uptrend from its March lows: 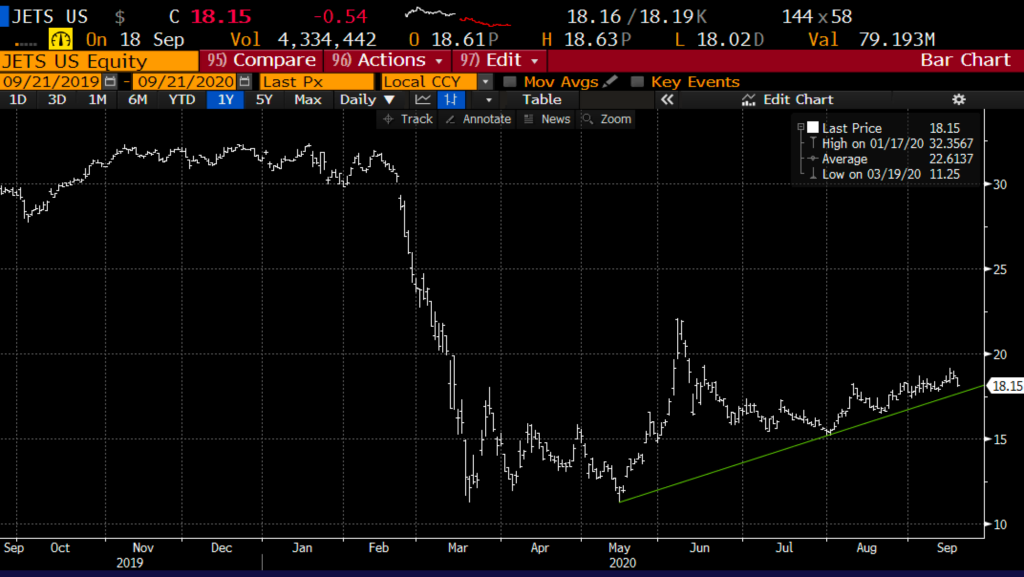 Expedia (EXPE) has levitated of late, a second wave of the virus as the weather gets cooler and flu season takes hold will surely put off any hopes of a busy holiday travel season: 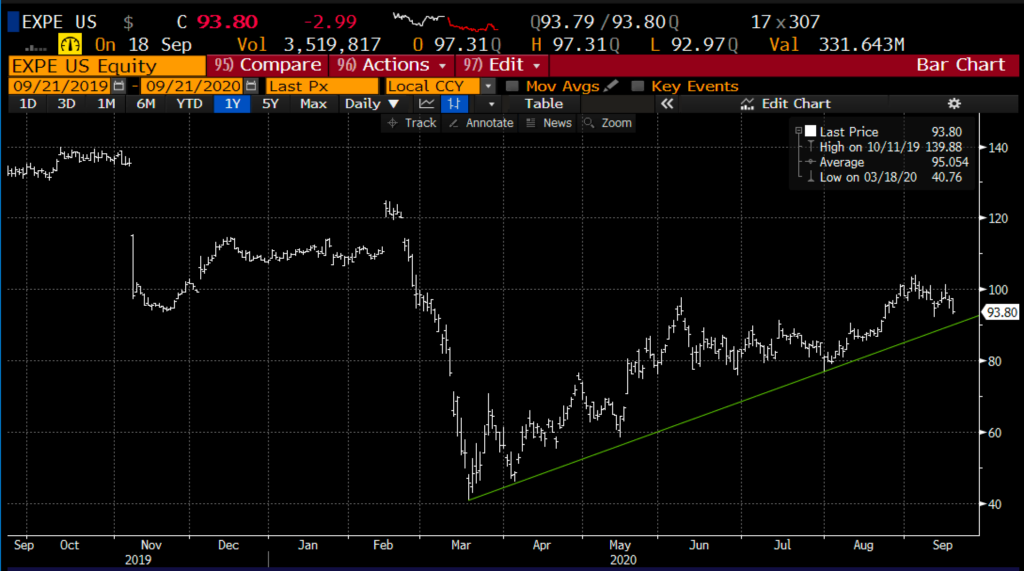 WTF is up with Boeing (BA): from Bloomberg – Boeing Whistle-Blower Says Proposed 737 Max Fixes Aren’t Enough, down 50% on the year 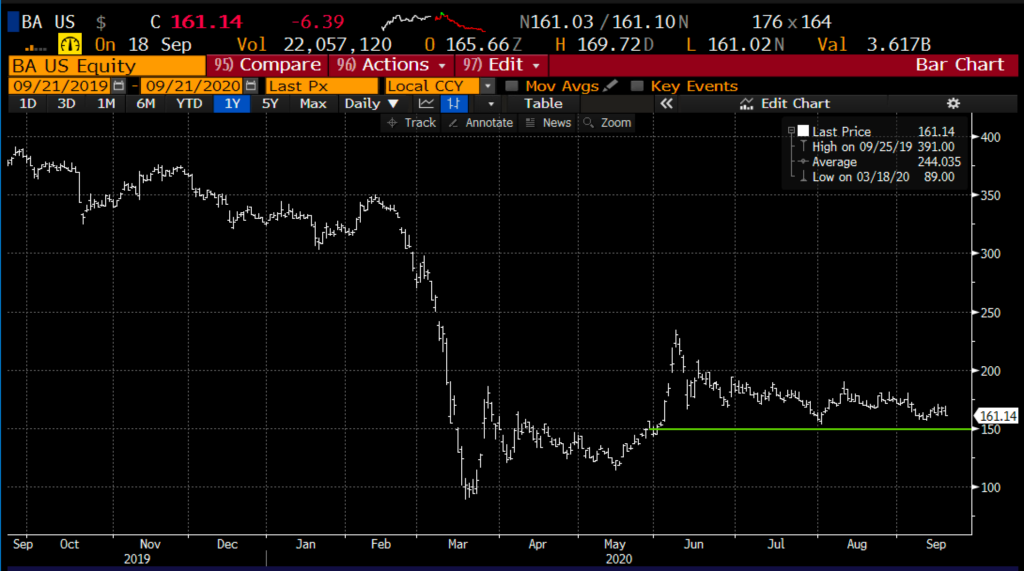 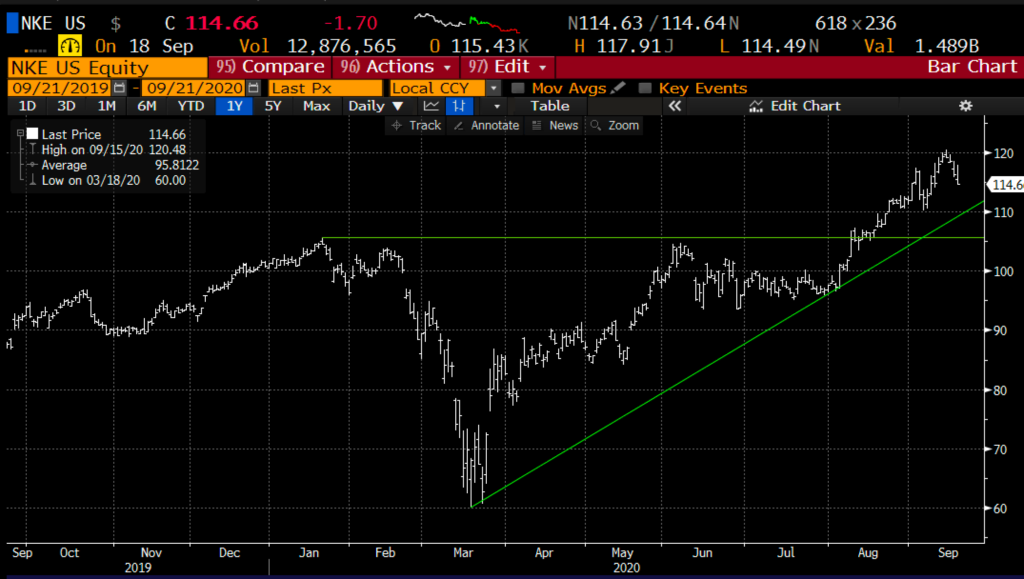 The Almighty Consumer Will Stumble in the Coming Year, Expert Says – Barron’s

The previous combination of the $1,200 checks and the enhanced unemployment insurance has been a lot of the fuel under some of the strong consumption trends we’re seeing. And for now, the numbers have kind of hung in there, and that’s probably because consumers are still willing to spend. I just don’t think that can last.

Two things will change that. First, a high-unemployment environment—with these temporary layoffs running the risk of becoming permanent job losses—will affect consumer spending and saving. Second, longer-term structural changes from the weight of this pandemic, like the ramping up of investment in all things tech 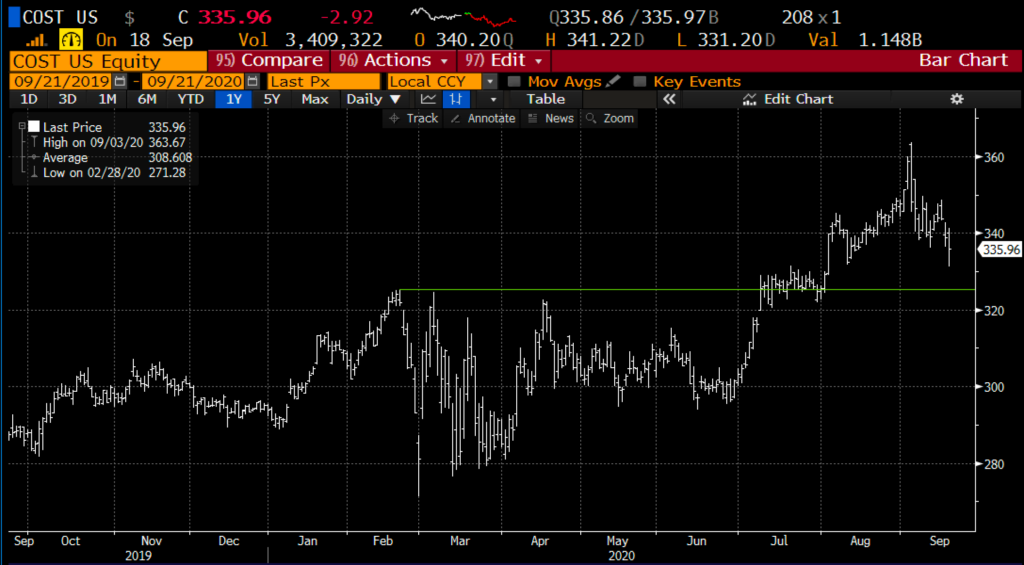 Lastly, the TikTok “deal”, a huge win for ORCL, gaining a massive cloud customer, outfoxing Microsoft on the bid and while thumbing their nose at Amazon: 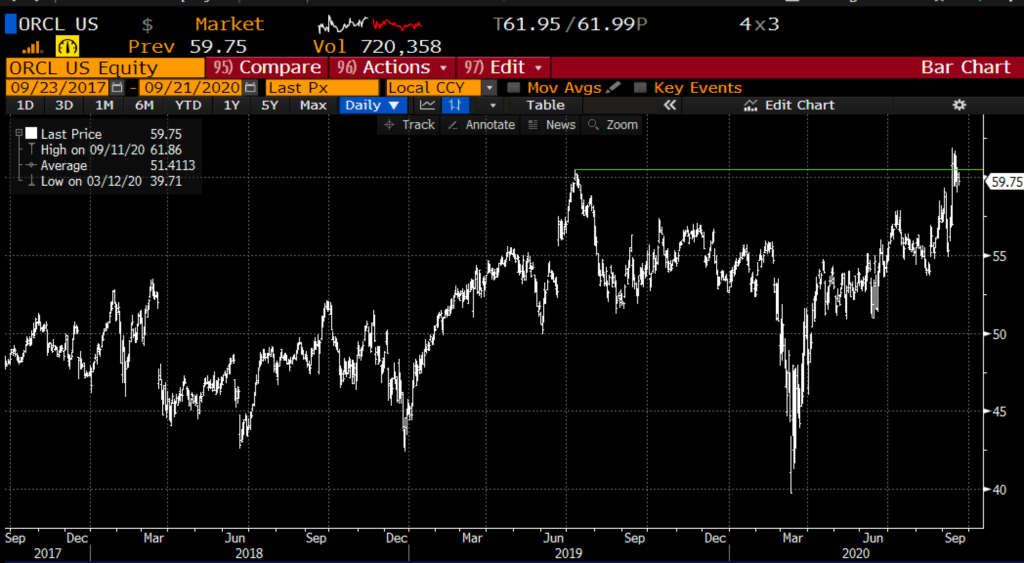