Shortly after the open today, I recorded my weekly In The Money segment with Fidelity Investments. We discussed the S&P 500 (SPX) establishing a new range above the prior high, how Tomorrow’s Fed Speak could put to low rates for longer but the increasing appetite for inflation which could put upward pressure on gold, and I offer a defined risk way to play GLD for new highs in the months to come. I also detail a contrarian bullish play in shares of Gilead (GILD) after its rough couple of months coming off of its coronavirus therapy (Remdesivir) optimism earlier in the Spring but has since round-tripped its entire move and is getting dangerously close to its multi-year technical support in the low $60s.

Click below to watch and see my notes for the segment below that: 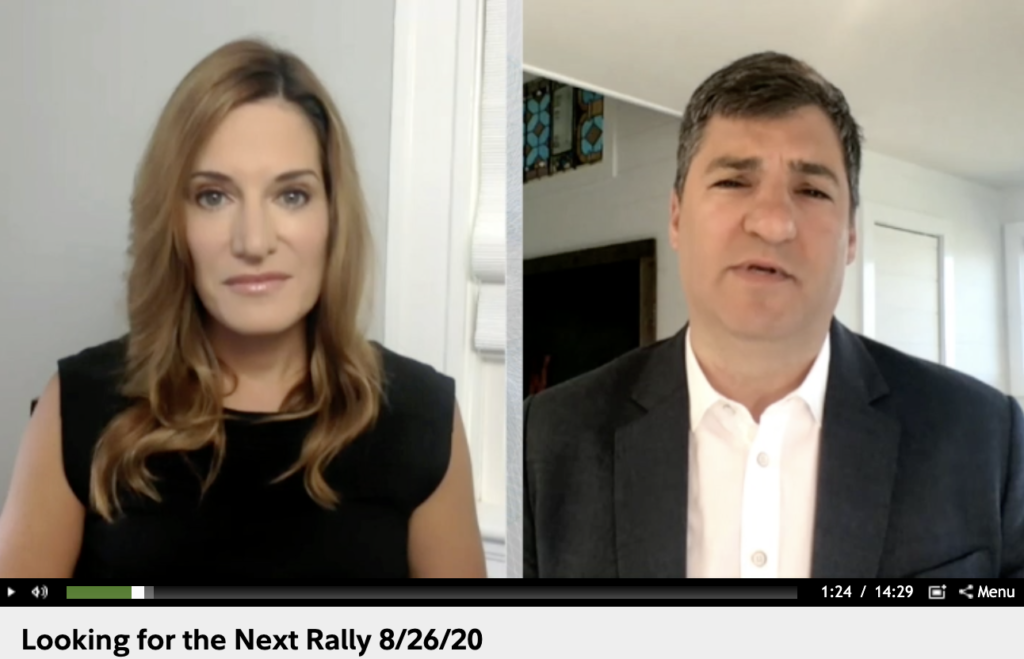 NOTES:
SPX broke out, not down. despite weak breadth. Does prior resistance now become support?

GLD has pulled back to its uptrend from its March lows…

XLF in the same spot, put spread decayed a nickel, will want to keep a close eye on this… as i said in the original idea, this group will eventually be a massive contrarian laggard play.. don’t want to get caught offsides…
Share on Facebook Share
Share on TwitterTweet
Share on LinkedIn Share
Send email Mail
Print Print