Guy and I hope you had a great weekend. We had a little delay this morning with the video as Zoom was down. I was able to record via my iPhone (sorry that you have to look up my nostrils).

Guy and I discuss, Apple’s Crash UP in the last couple weeks, the S&P 500’s breakout this morning, poor market breadth, narrow participation in the stock market by investors, short interest in the SPX at 15-year lows, 10-year yields that can’t get out of their own way, coronavirus therapies (likely political stunts), and this week’s slate of earnings.

Here are my charts and notes:

AAPL Crashed UP! Guys says might be an epic island reversal. At its highs this morning shortly after the open the stock was up 8% in two trading days, nearly $175 billion in market cap gained. 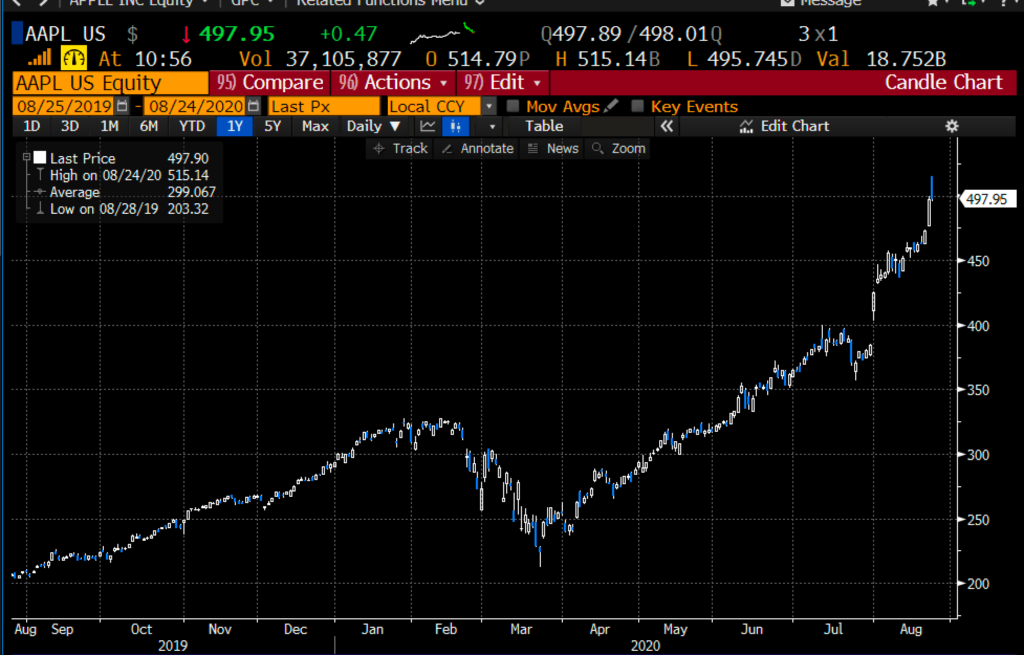 SPX BREAKOUT or BREAKDOWN? What groups need to join the party for prior technical resistance to become support? 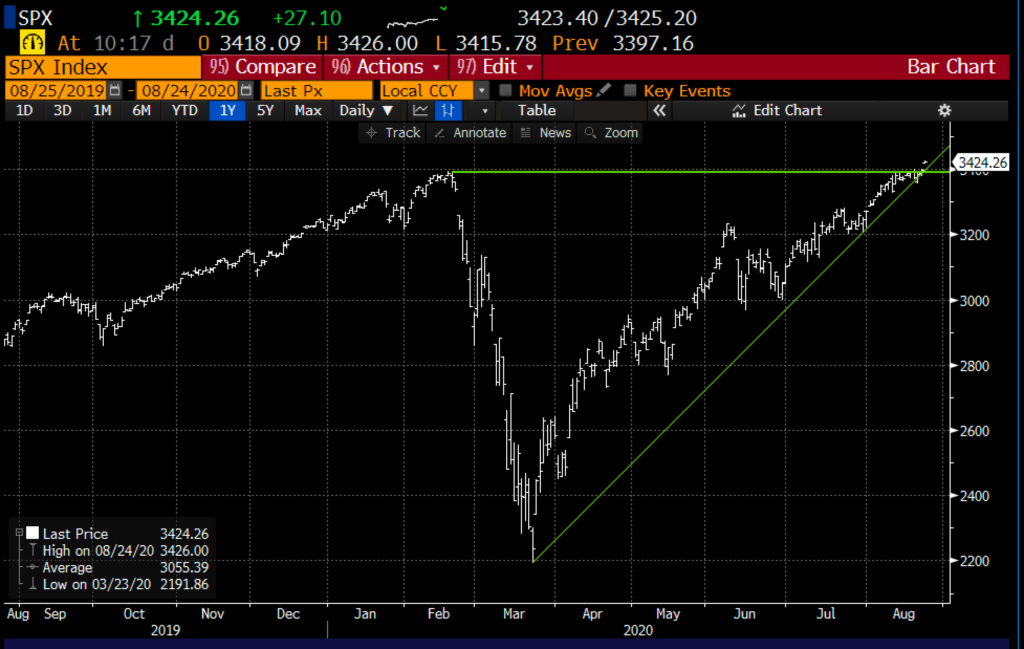 ON Short interest in the SPX: 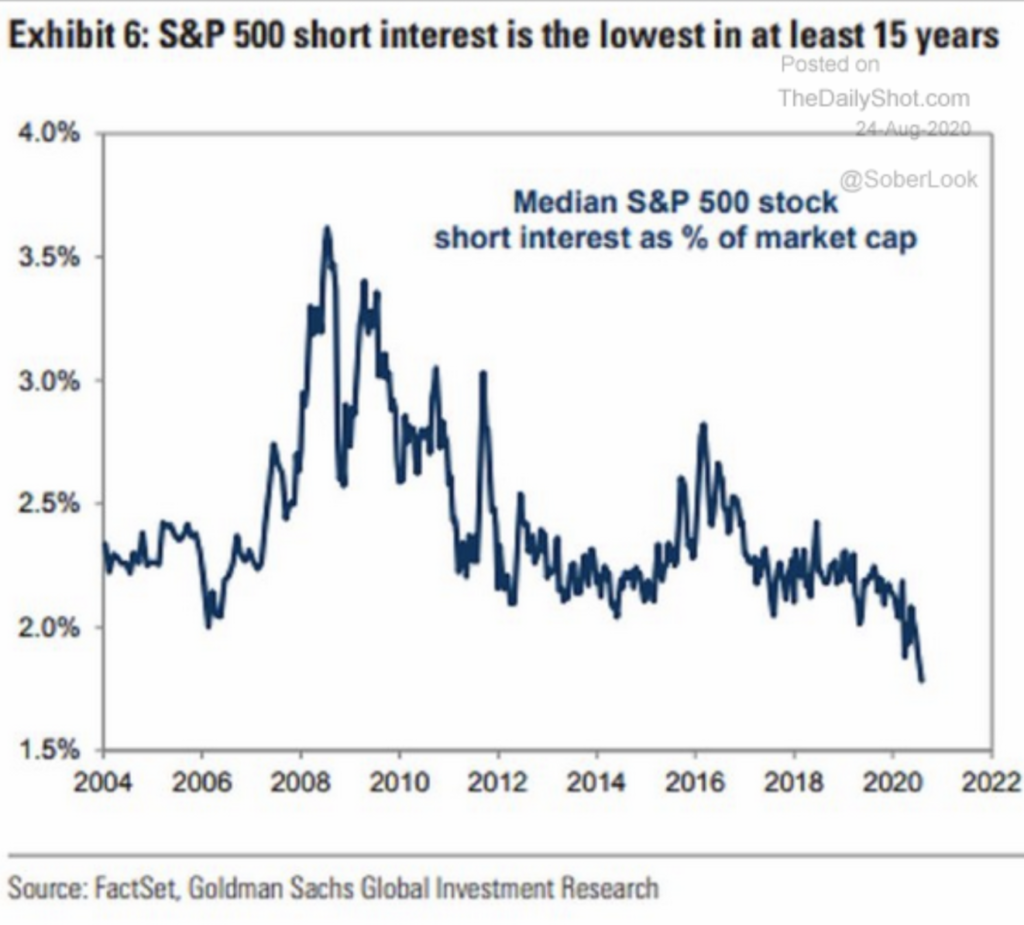 Russell 2000 trying to play catch up but the IWM, the etf that tracks the small-cap index might be one of the worst equity-related charts in the market, having made a series of lower highs in the last three years and a series of lower lows… 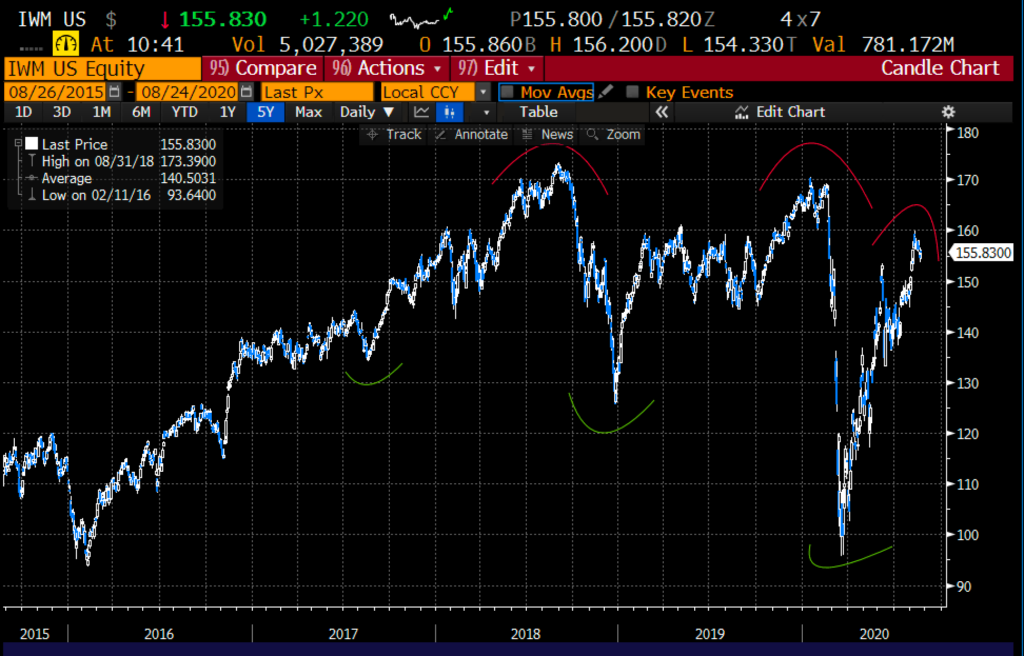 On stock market participation, especially those with wage, job, and health insecurity:

most Americans don’t have their pom-poms out for the new all-time highs in the SPX, it’d be like rooting for the NY Knights to win the Pennant.https://t.co/xI1X6txev4

Shares of Tesla (TSLA) had a massive reversal while we were speaking, down 7% from its opening highs, the stock splits for 1 on Aug 28th, and will likely go into the S&P 500 at the next opening, sporting a $367 billion market cap it will clearly be the largest company to ever join the index, this could be a mess for indexers. 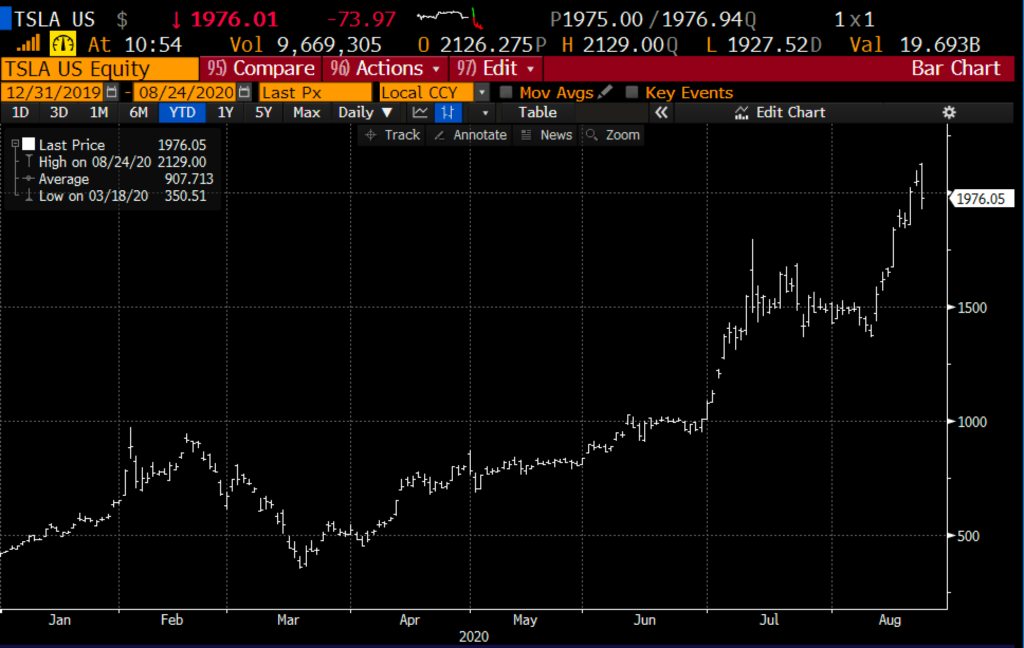