Tomorrow before the open Deere (DE) will report its FQ3 earnings before the open. The options market is implying about a 4% one day move in either direction which is a little shy of its 4.5% average move over the last four quarters.

Shares of DE are up 10.5% on the year, more than doubling the performance of the S&P 500 (SPX) and massively outperforming peer Caterpillar’s 7% YTD decline. The stock recently broke out to a new all-time high at $195, placing the stock up 85% from its March lows. The stock has held the uptrend from those lows which is important near-term support with its breakout level of $180 serving as the next real downside support level: 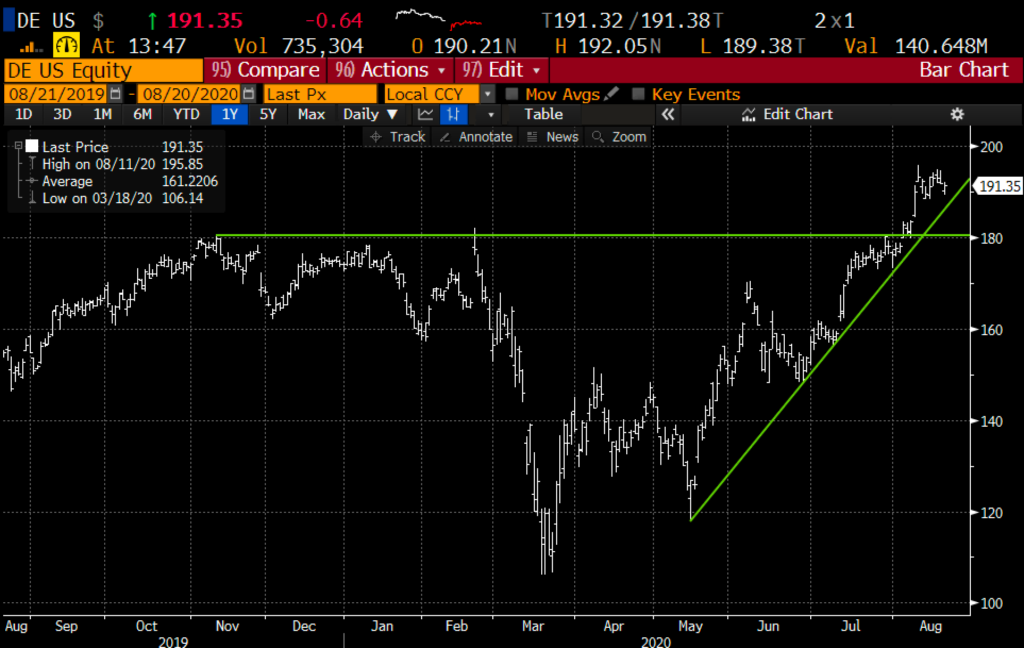 The technical set up int he stock is attractive, much like Target (TGT) earlier in the week prior to its print and subsequent 12% gap post results: 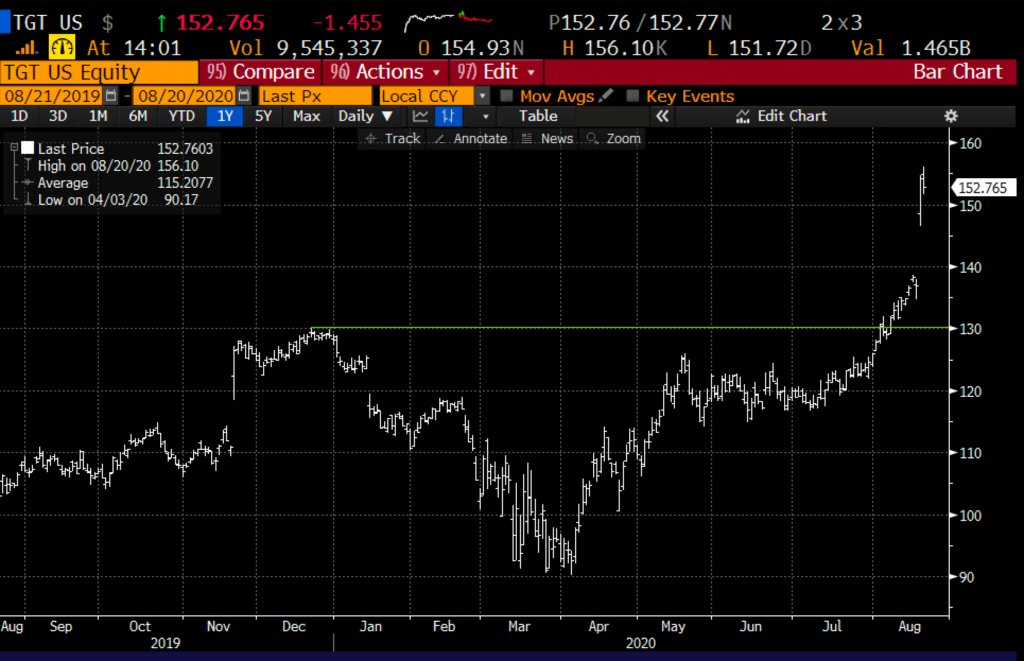 There are obviously some massive fundamental differences to these two companies businesses though, one was deemed to be an essential retailer by our government which was putting expanded unemployment benefits in the hands of those forced out of work just as the company had been in the midst of a massive push to enable digital sales. DE on the other hand had products that were NOT in demand given the slowdown in global growth during the first wave of the pandemic. The only thing that really seems similar is the technical set up.

If I thought the company would post a beat and raise confirming the recent breakout and the stock would out-perform the implied move of 4.5% then consider buying near the money weekly calls or call spread, playing for the one day pop.

The options market is suggesting there is about a 45% chance this call is in the money on Tomorrow’s close and about a 33% chance the trade would be break-even. Those are NOT great odds for a one day trade into an event like earnings that could be binary. Get the direction wrong and the trade is a near-total loser on the open.