This morning, one of the “stock market winners of the pandemic” Fastly (FSLY) is trading down 20% after reporting better than expected Q2 results, but its second half guidance, which was better than expected, is flat sequentially, with Q4 expected to represent a sharp deceleration. The stock heading into last night’s print was reflecting the 100% YoY revenue ramp as it was trading up nearly 400% on the year at its recent all-time highs on Tuesday, up 1000% from its March lows. The infrastructure software company went public in May of 2019 at $16, and for all intents and purposes had flatlined in and around $20 until their FQ2 report this past May and the stock exploded with a 45% one-day gain. Near-term the stock should find some technical support at the intersection of its uptrend and the recent lows in the high $70s: 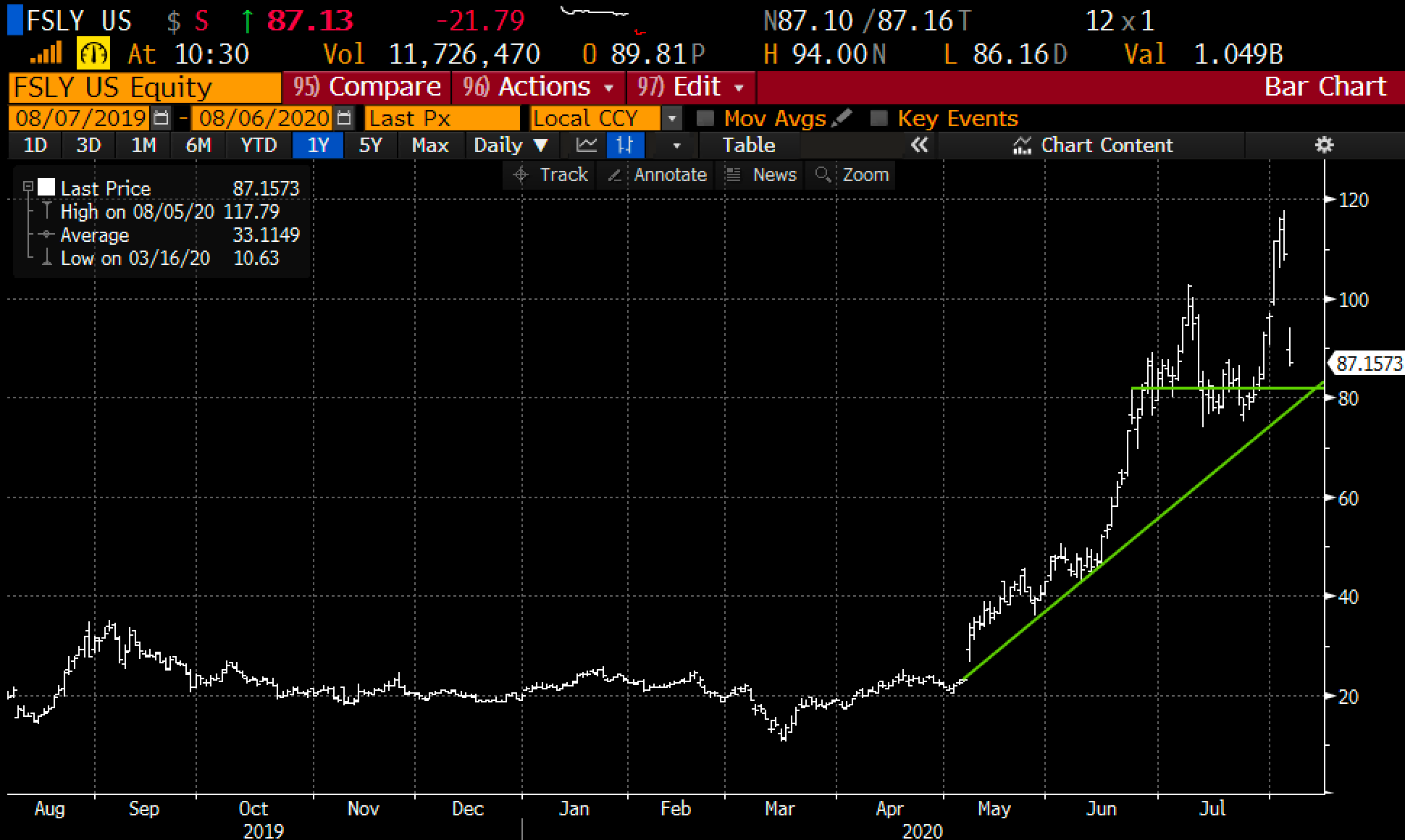 With a $9 billion market cap, the stock trades about 30x its expected $290 million in sales in 2020 and about 23x its expected 2021 sales of $390 million. The company is not expected to post GAAP profitability until 2023 and consensus is calling for $5 million in adjusted net income next year.

In May after the stock had doubled falling its earnings announcement the company did a secondary selling nearly 7 million shares at $41.50. With the stock having more than doubled since then I would expect the company is considering doing another offering to add to their cash balance.

Given their valuation, lack of earnings, sub $500 million revenue run rate and market capitalization this is not an easy takeover target but adding cash to their balance sheet with essentially no debt puts them in a great position to make acquisitions when valuations normalize a bit (including their own).

Its not just the price action and the valuation that has been insane in FSLY, options prices imply mid-single-digit daily moves with 30-day at the money implied volatility at 100%.

There is no trade idea here, merely to highlight some of the insanity going on in the stock market, and remind readers that eventually the laws of physics will prevail, even in an environment where the Federal Reserve’s money-printing is causing massive distortions in valuations of risk assets.