Just like in March, there is a panic in the stock market, only this time a frenzy to buy, not sell shares of the most outrageously priced stocks in the market. Tesla’s (TSLA) is obviously the poster-child of this price action, having sold off 63% from its February highs to its March lows, with its gains from those lows now nearing 300%. It’s not really the move off of the lows, back to its prior highs that is bugging me as it appears that the company is executing in a very tough environment and investors are willing to reward them for it, but it is the 45% gains in just the last week that has propelled the stock’s market cap above $250 billion (equal to more than almost every automaker’s market cap on the globe). If you were to take away the name of the stock, and the scale on the axis, most technicians would look at that picture consolidating over the last few weeks above the prior highs from Feb and said Buy! Buy! Buy! 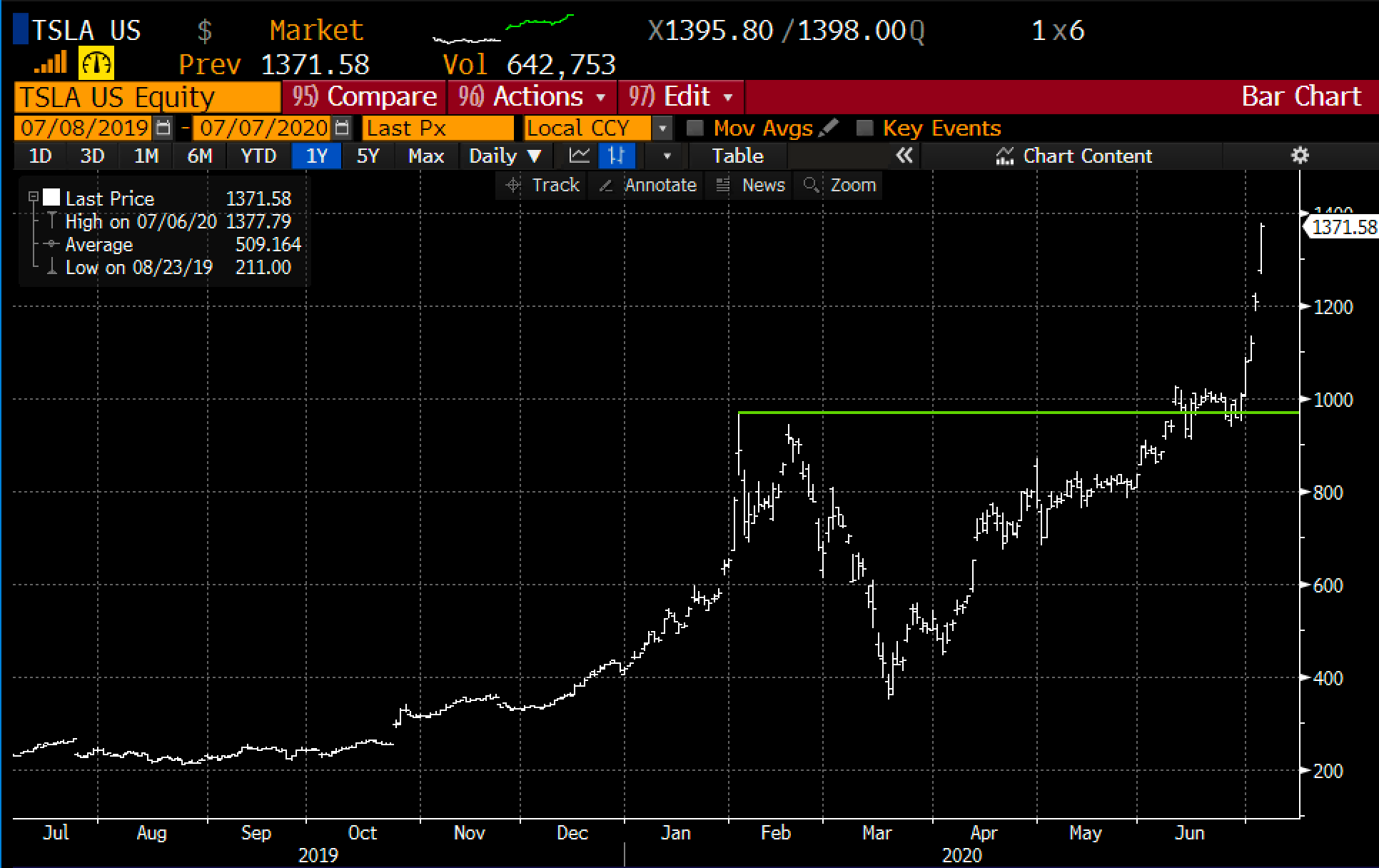 Looking at the daily chart over the last five trading days, the period the sock has risen 45%, the stock has opened each day at its lows, finds a range, and has held the gains into the close with increasing volume 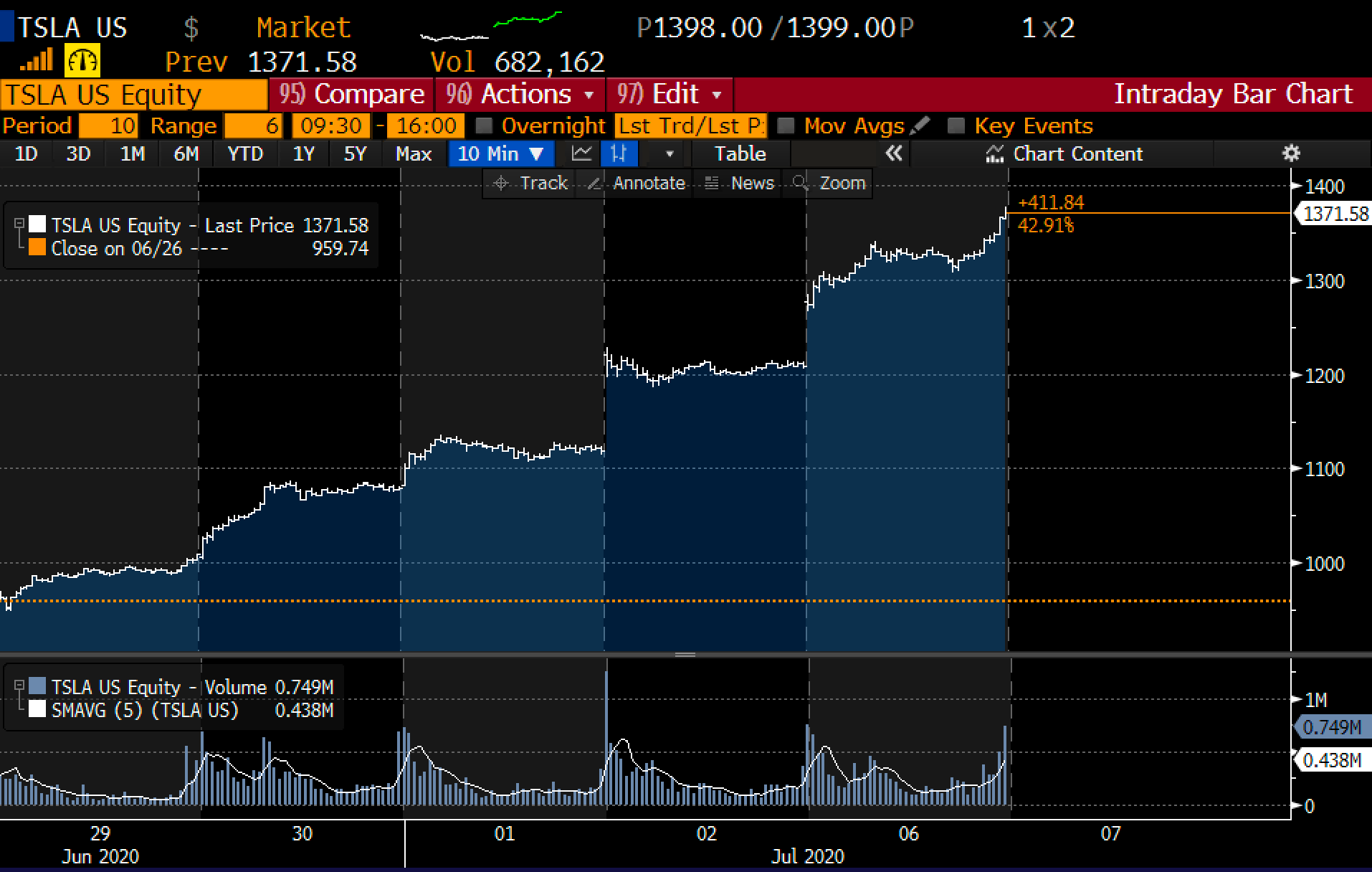 But Yesterday was different, even more bubblicious than usual, in the last hour of trading the stock rallied more than 3%: 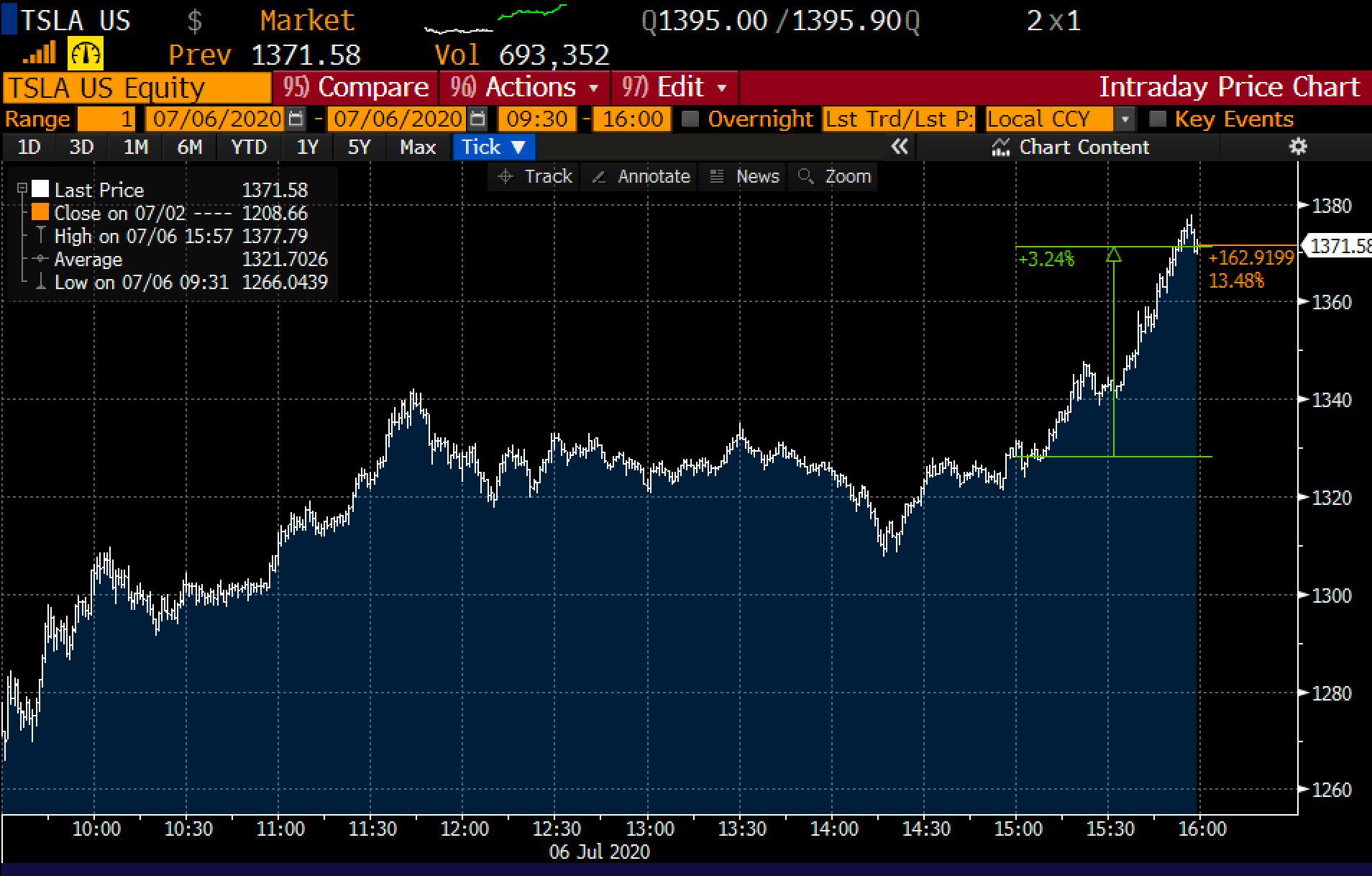 I suspect there is real buying of the stock, thus the quick morning ramp and sideways action for the rest of the day, the sellers are those who have recorded massive gains, while new shorts are always coming into the name. And that’s where the day traders come in. Many new shorts are probably doing it intra-day, playing for a quick pull-back but have not properly borrowed the stock and therefore need to cover by day end. The landholders know this and they gun the stock into the close knowing the shorts will trip over each other to cover. And that’s how you have a good old fashioned stock market mania. My comment on last night’s Fast Money program on CNBC about the intraday action was also that the daytraders piled in at day’s end so they could sell the gap open, which it appears poised to do… I would add that this might be the last one of those for a while..

Oh and one more thing…CEO Elon Musk thinks this is all pretty hilarious, and he is laughing all the way to the bank as an 18.38% holder of the stock. His latest effort to troll the shorts is to sell really short shorts in the Tesla online shop, priced at $69.420, which is quite creepy when you consider the numbers, especially for a guy who probably didn’t do it, or smoke it until he was well in his 20s, but it would appear he has certainly made up for lost time in his 40s. 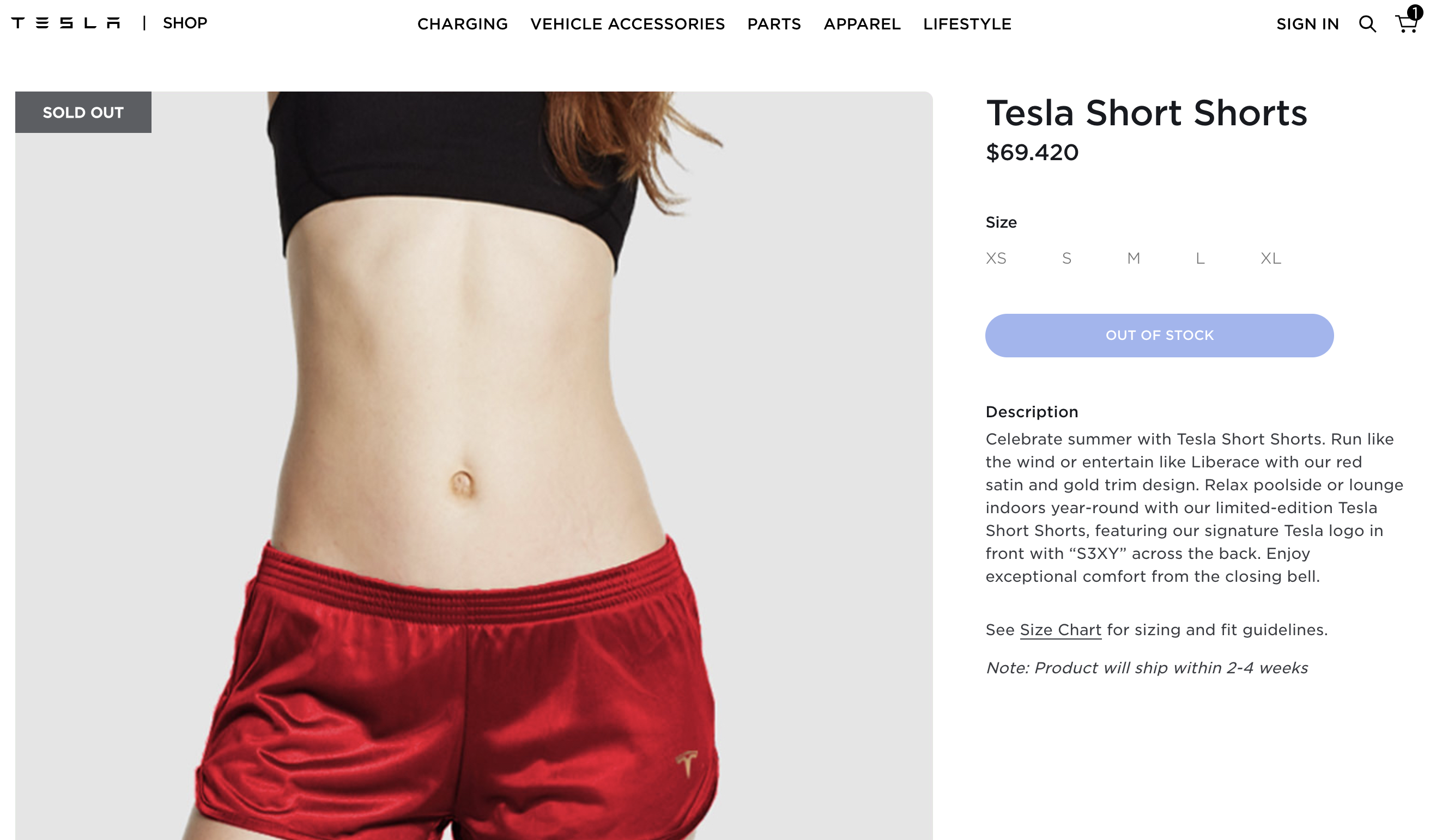