I hope you had a great Holiday weekend. I am in Maine for the week, probably like you, July 4th, 2020, felt a bit different than last year. The gatherings were small and distanced, mask-wearing in public, no parades or fireworks shows but lots of American Carnage programmed out of D.C. Sad!

Guy Adami and I just recorded The Set-Up, what we will be focused on this week, and see our notes below that:

Last week the S&P 500 (SPX) opened on the lows for the week and closed near the highs, up more than 4%, climbing a bit of a wall of worry into last Thursday’s June jobs report that showed a greater than expected gain in jobs

Let’s start with a quick market touch… the S&P 500 (SPX) had a great week last week, Monday’s open was the low for the holiday-shortened week and on Thursday’s close after the better than expected June jobs report, for another take on that I point you to economist David Rosenberg’s view on what the weekly Jobless claims also released Thursday has to say about the current employment picture:

Bloomberg Intelligence had a less than rosy take:

The payrolls report surprised to the upside, with the economy adding 4.8 million jobs in June. But the details showed the biggest improvements occurred in the industries most susceptible to the virus outbreak. Workers in services jobs, such as leisure and hospitality, may see renewed job losses.
Bloomberg Economics’ preliminary forecast for the July employment report is a reversal of the positive trend. We project a drop in nonfarm payrolls of 1 million and slower improvement in the unemployment rate, in line with persistently elevated levels of continuing claims.

The stock market might start trading a bit on the weekly jobless claims as the virus continues to spread through the south and the southwest as the reopening becomes a bit more spotty in these regions as it starts to affect industries like farming, and some areas of hospitality that never really closed as many states did not lockdown as they did in the northeast.

China’s Stock Market is a joke… but on who? with our stock market gapping up 1.3% on their 5.6% rip overnight… “that’s propaganda man… we also love to propaganda bro…”

They say imitation is the sincerest form of flattery…Larry Kudlow must be beaming this am as his ideological nemesis used his familiar drivel to inflate a stock market bubble to mask weak economy.

Concentration of capital is increasingly extreme. We present 4 alternatives for those neither wanting to chase extended/crowded winners, nor wanting to wallow in laggards, forever hoping that they’ll deliver some alpha.. Institutional Investors email info@cormacteam.com for more. pic.twitter.com/sRJBLOVZWR

He suggests this is increasingly extreme: 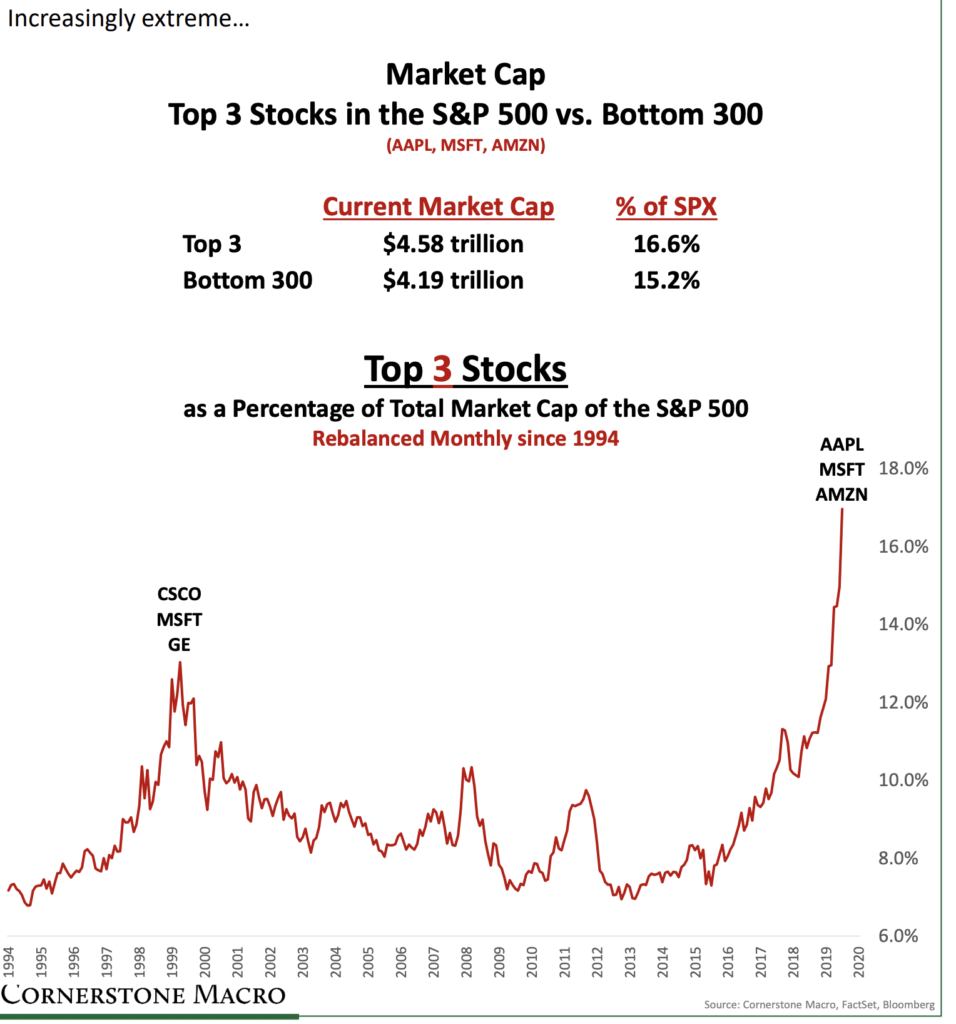