Earlier today on the open I filmed my weekly In The Money segment with Fidelity Investments. We spent some time discussing the headwinds and tailwinds for the stock market as we head into the second half of 2020, on the heels of the best quarterly returns for the S&P 500 (SPX) since 1998.

I spoke to the formation in the SPX which is likely to break one way or the other, and soon:

The Ol Jerry Maguire pattern for the SPX, Breakthrough?? or Breakdown?? pic.twitter.com/y00iSjFJON

Watch by clicking below: 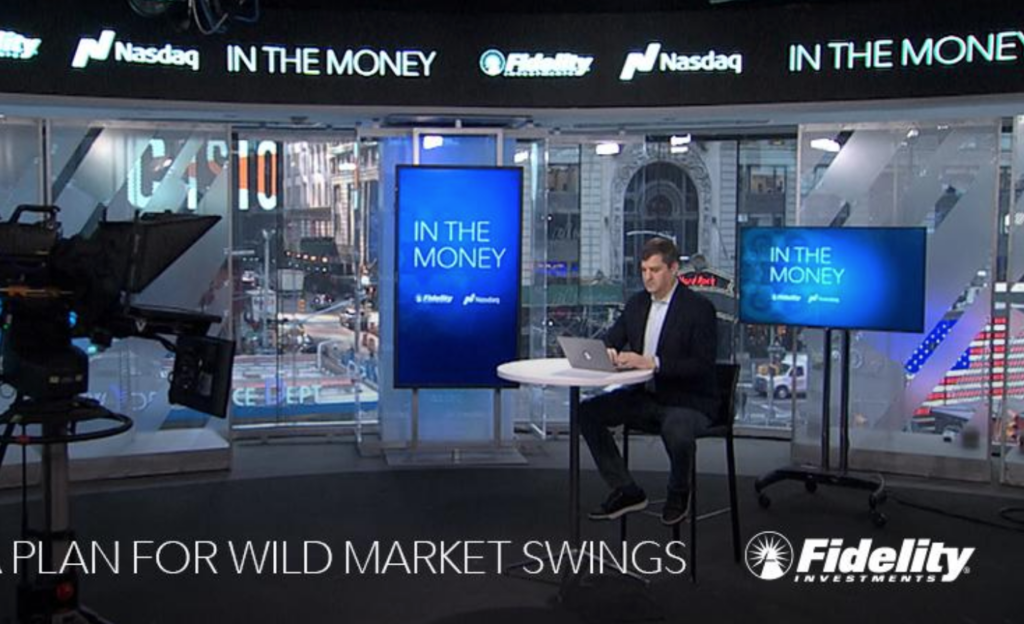 One of the sources of potential near-term volatility will be corporate earnings, and we will get a heavy dose of them as we head into the third week of July. I suspect most companies will be given a pass on their Q2 results as the global economy was hit with the epitome of a Black Swan event in the form of the coronavirus with some expectations for Q2 GDP to decline close to 50%. But the pace of the reopening will clearly affect corporate earnings visibility and I think it is safe to say that the reversal of some reopenings in the south and the west will clearly cloud that visibility.

One company that reported earlier this week that beat the guidance they gave in late March and was able to guide better than expected for the current period was Micron (MU) speaking to some secular computing trends, specifically the roll-out of 5G both in smartphones and connected devices (internet of things) but also demand for memory for servers that go into datacenters which had seen strong demand prior to the pandemic only to have trends accelerated during and likely out of.

The trade idea this morning on the opening when MU was trading $50.50 was to target a retest of the February high near $60 over the course of the summer, but define my risk in terms of downside stop to the uptrend that has been in place from the cluster of closes near the March lows, which to my eye is about $49. 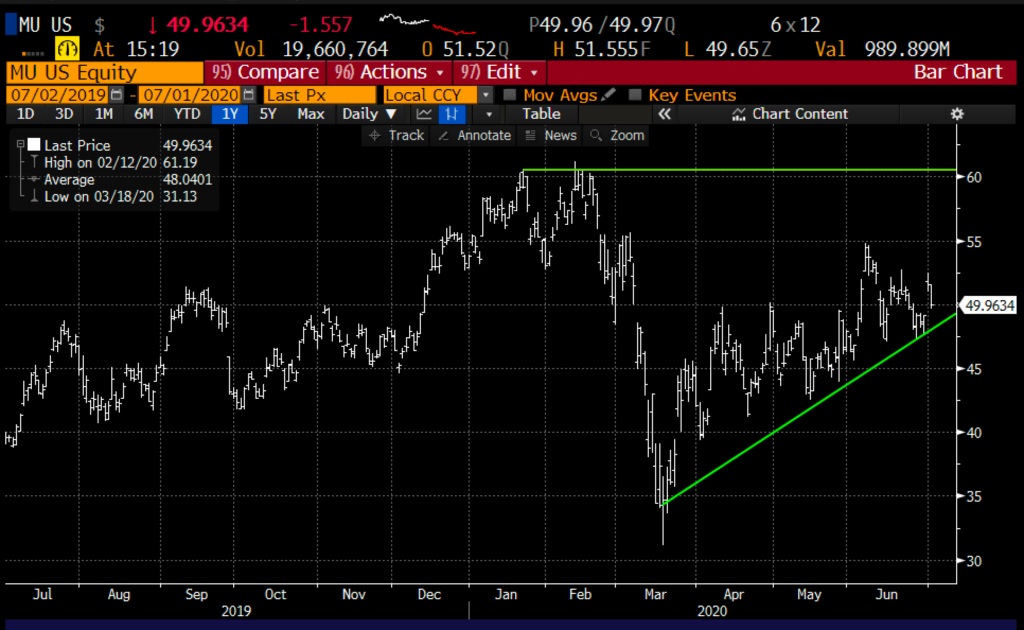 I would not want to be long the stock breaking that uptrend, especially given the upbeat outlook the company gave.

It is worth noting that the stock closed horrible today, nearly filling in most of the earnings gap from yesterday morning: 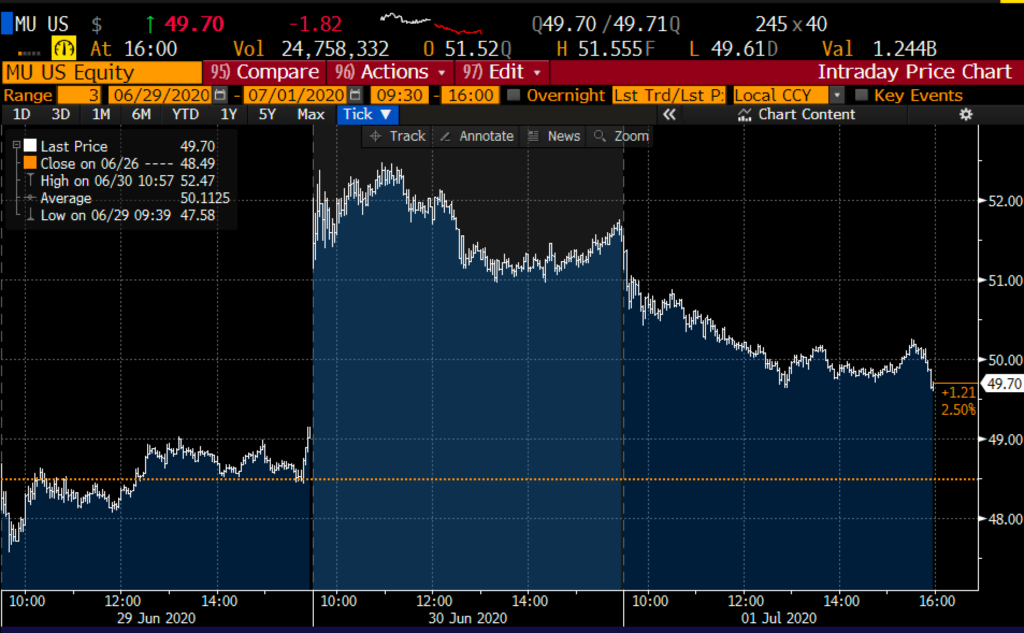 We also looked back on a bearish trade idea in Starbucks (SBUX) from May 6th that targeted a breakdown below $70 by July expiration. The stock is nearly in the exact spot it was on May 6, and the put spread is worth a little less than half the original value. With a little more than two weeks to July expiration, it makes sense to either cut losses or look to roll this view out to August expiration. As readers and viewers hear me say quite frequently there are a lot of things you need to get right when expressing directional views with long premium options trades, direction first and foremost, the magnitude of the move and of course timing, this one is going to come down to the wire and the longer one waits the more likely of a near-total loss of the premium.

Trade Idea from May 6th: