The April 9th down gap in WTI Crude has been filled. We would initiate shorts now, as per the June 5th judgment. pic.twitter.com/6tHWNRjCAk

From a technical perspective, Carter thinks oil is a short here… I would take it a step further and look at oil stocks as a way to express a bearish view via the S&P Energy Select etf, the XLE, where Chevron (CVX) and Exxon (XOM) make up 45% of the weight. 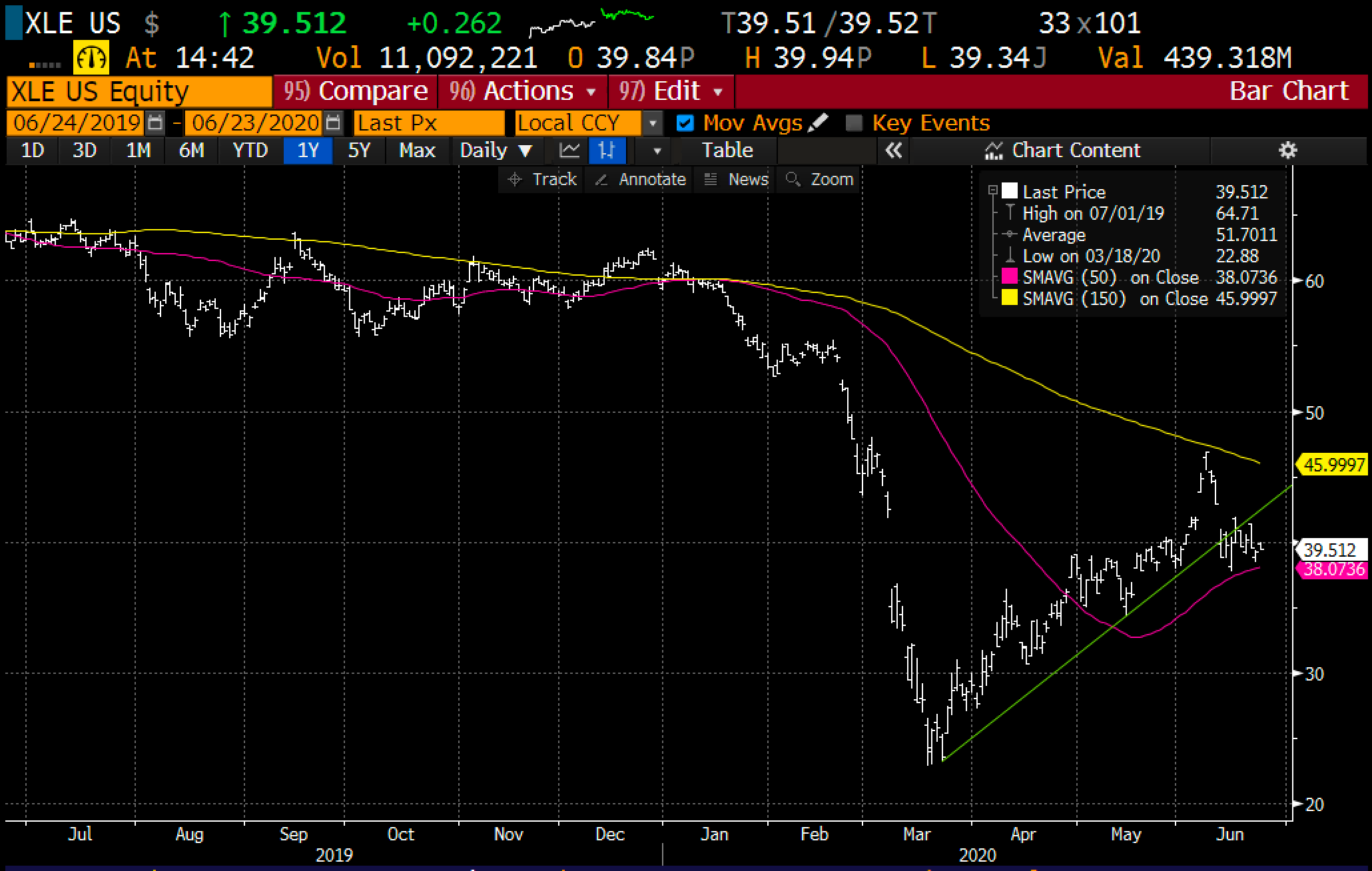 So what’s the trade? If I were inclined to play for a move back to the mid-30s in the next month I would consider buying a near the money July put and look to spread by selling a lower strike put of the same expiration on the first leg lower, reducing the premium at risk.