This tweet yesterday from strategist David Rosenberg highlighted a point I have been making for a couple of years about the benefits for market returns in good times and the risks in bad ones of having concentrated leadership at the top of a market-cap-weighted index like the S&P 500 (SPX).

Some of my buddies in the strategy community are saying we’re still in a secular bull market. Meanwhile, even with this oversold bounce off the lows, the equal-weighed S&P 500 index is still down 28% from the peak! It’s a bull market only if you flip the chart upside down! pic.twitter.com/ZqbMMcmyn5

You know what I am talking about, MAGA (MSFT, AAPL, GOOGL & AMZN). It had been my contention that the dramatic outperformance of this group, coupled with its growing percentage of the broader index (neared 20% in February) masked a lot of poor performance in the broader market, but as Rosenberg, their continued out-performance even when the market is weak is disguising poor breadth when we see rallies like we had last week, up 20% from last Monday’s low to this Monday’s highs. 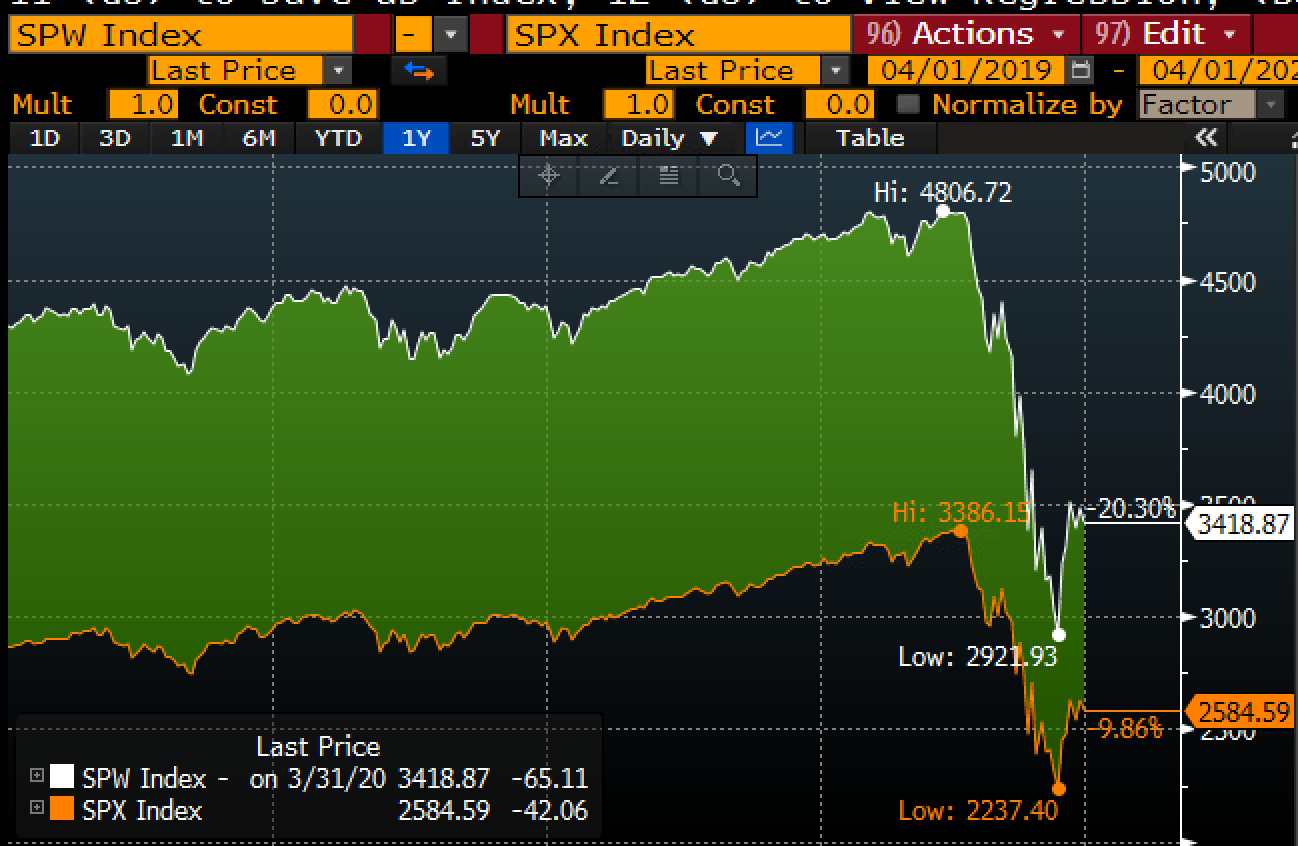 SO my point is simple, which is what I think Rosie is also saying, lets smooth things out a bit as we know the MAGA stocks will be the last battle fought for this market, and I am not sure their relative outperformance means what you might think it does…they are viewed defensive, as Gold, Utilities and Consumer Staples are in this market, and the lack of breadth in the Q1 gains before the highs was also signaling their defensive nature.

I would also add that the dramatic underperformance in the Russell 2000 (RTY) the index that tracks small-cap stocks might be more telling about what is happening in the real economy (not the ai, cloud-based & datacenter secular shift economy) is doing as it is littered with financials and energy which are some of the hard hits groups at the infancy of this crisis. The RTY never made a new all-time high in 2019 & 2020 as the SPX and Nasdaq did, and is down much. more than most, having found support last week just above its 2016 lows, the last two we had a severe global growth scare: 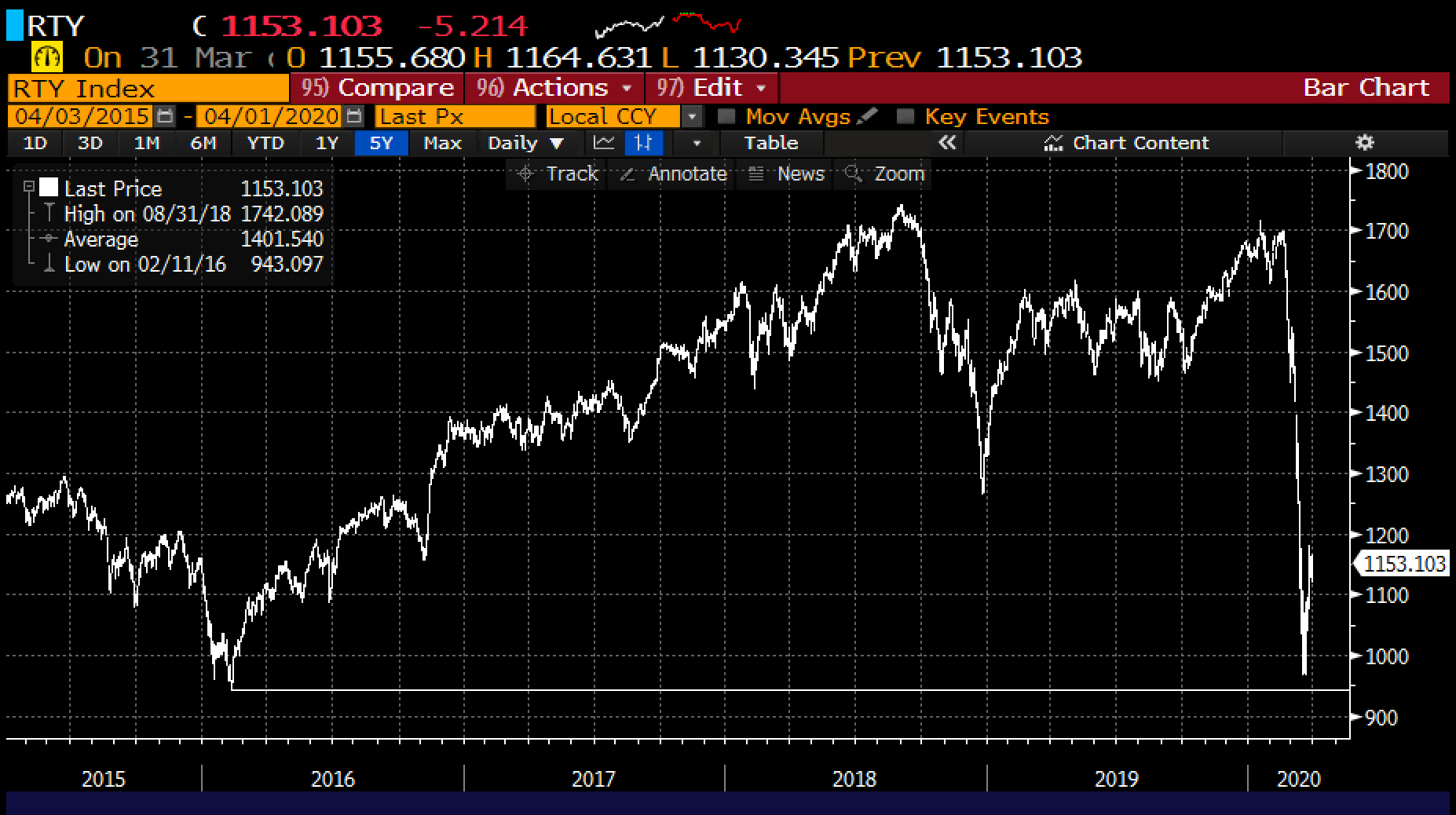