Yesterday was the single largest percentage gain for the Dow Jones Industrial Average since 1933, up 11.3%, while the S&P 500 (SPX) gained 9.3%. Truly Astounding. This is what my watch list looked like…Are we living in the Matrix? 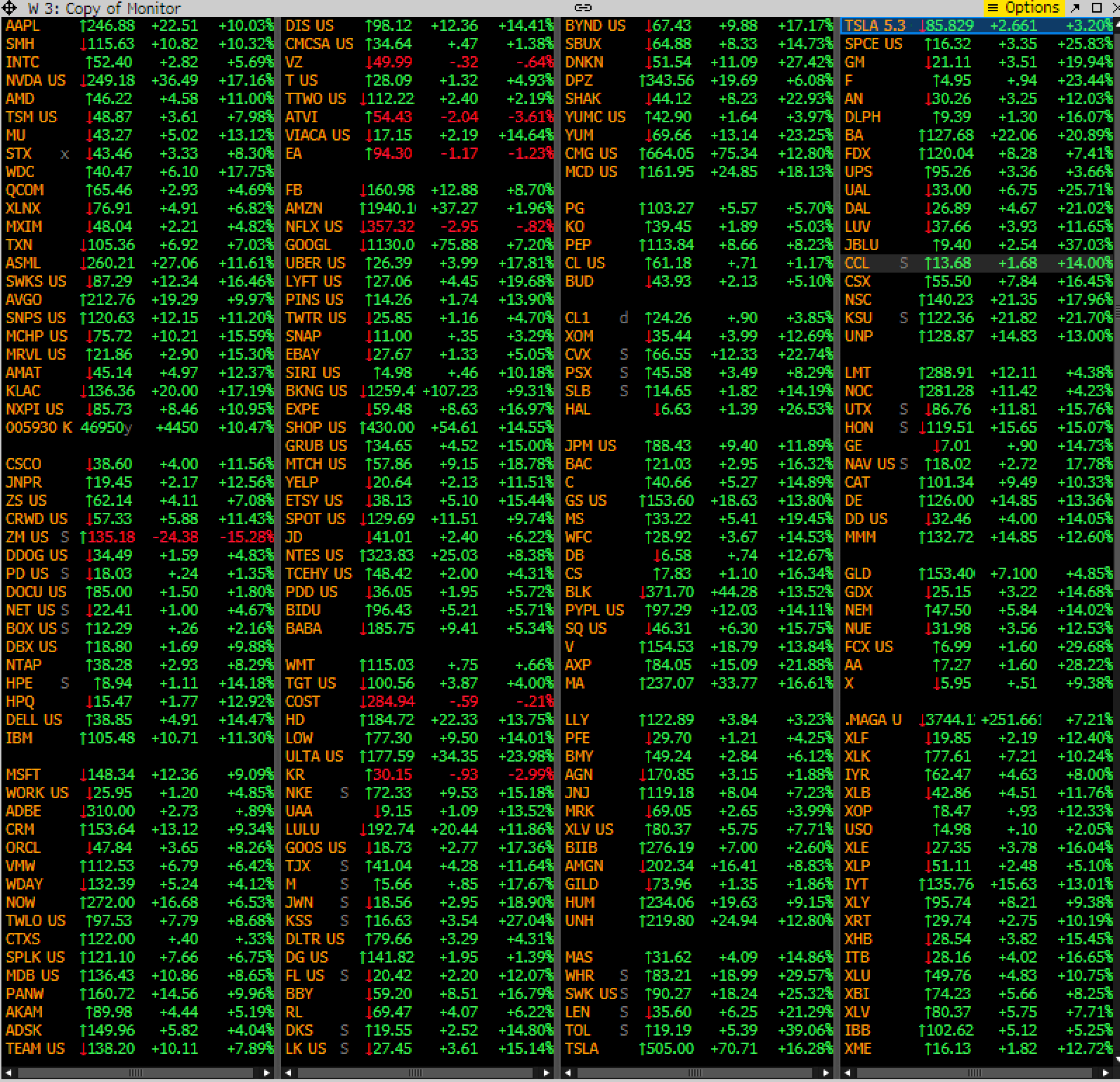 I am not sure in my 25 years in the business every seen so many double-digit gains in some of the largest stocks in our market in a single day. Yesterday’s price action is obviously a result of just how oversold U.S. stocks were, and how desperate investors were for the slightest shred of good news, which had been trickling out all day from Washington that an agreement on a $2 trillion financial assistance package was likely to be agreed upon by day’s end.

On CNBC’s Fast Money on Monday night I was asked to weigh in on whether or not the passing of a fiscal stimulus bill would mak a bottom, and my answer was not THE bottom, but could clearly cause a near-term bottom as we are due for a vicious bear market rally, which could be 20% from the lows, something that occurred two times in 2001, once in 2002 and once in 2008, which in all instances failed and resulted in new lows.

It has been my view that the market can not bottom until we have much more visibility than we do now about when coronavirus cases will peak, which can only happen when we have mass testing, which seems weeks away…  in concert when we see the Fed’s monetary actions assist in the liquidity of our financial markets and when the fiscal stimulus starts to aid our ailing workforce giving us some confidence that the impending recession will not turn into something greater.  And of course, we need to be patient:

SO I repeat, unless you are a trader, don’t get sucked in on the long side on days like yesterday unless you are willing to consider your exit after such a sharp rip (that likely has a litle more to it), but if you are an “investor” and have cash to deploy, and have a time horizon that is past 2020, then starting to dollar-cost averaging down 28% from the recent highs makes a lot of sense.