Nike (NKE) will report its fiscal Q2 earnings today after the close. The options market is implying about a $4.40 move in either direction tomorrow, or about 4.4%. With the stock trading just above $100, the Dec 20th 100 straddle (the call premium + the put premium) is offered at $4.40, if you bought that, and thus the implied movement between now and tomorrow’s close you would need a rally above $104.40 or a decline below $95.60 to make money. The stock has moved about 4.5% on average the day after the last four quarters.

A couple of months ago on CNBC’s Closing Bell I offered NKE as my last chance trade, suggesting the stock might bounce around a bit in mid to low $90s, but I suspect would trade $100 in the not to distant future, but use $90 as a stop to the downside:

Well, the stock is $100 and there is obviously no overhead technical resistance, but there are two notable technical support levels. First, the uptrend from the summer intersecting with the November breakout near $95 is near term support, while the late September breakout at $90, a level the stock had been rejected at 3x in the past year should serve as very healthy longer-term support: 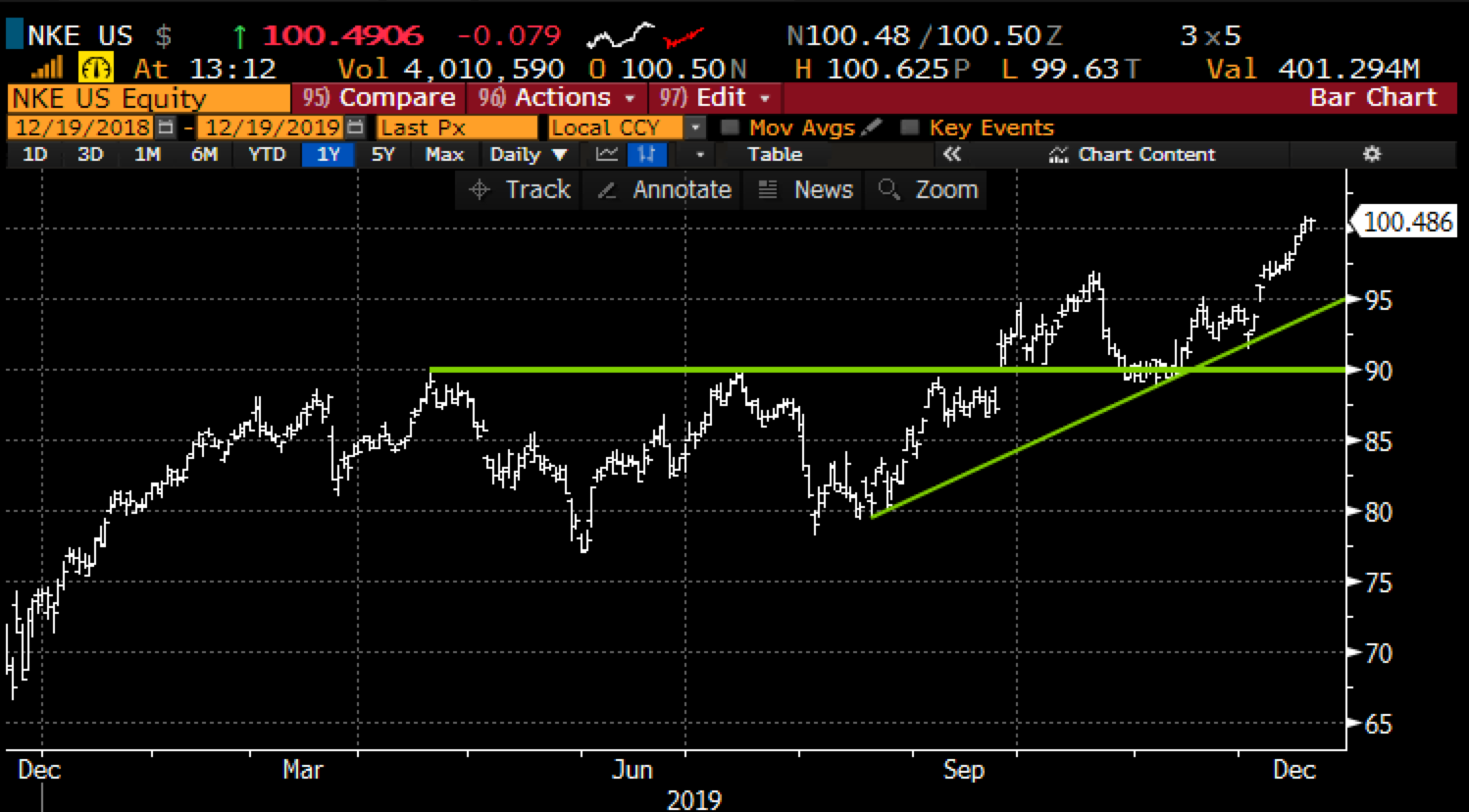 Shares of NKE have outperformed the S&P 500 in 2019, up 35% vs the SPX up 27%, and sentiment towards the stock by Wall Street analysts as been steadfastly bullish with 25 Buy ratings, 8 Holds and only 2 Sells. Consensus estimates have growth accelerating in the current fiscal year with adjusted eps expected go grow 16% from 8% on sales growth of 8% up from 7% last year. NKE’s earnings multiple reflects that, with fiscal 2020 PE at nearly 34, that is very near a 10-year high: 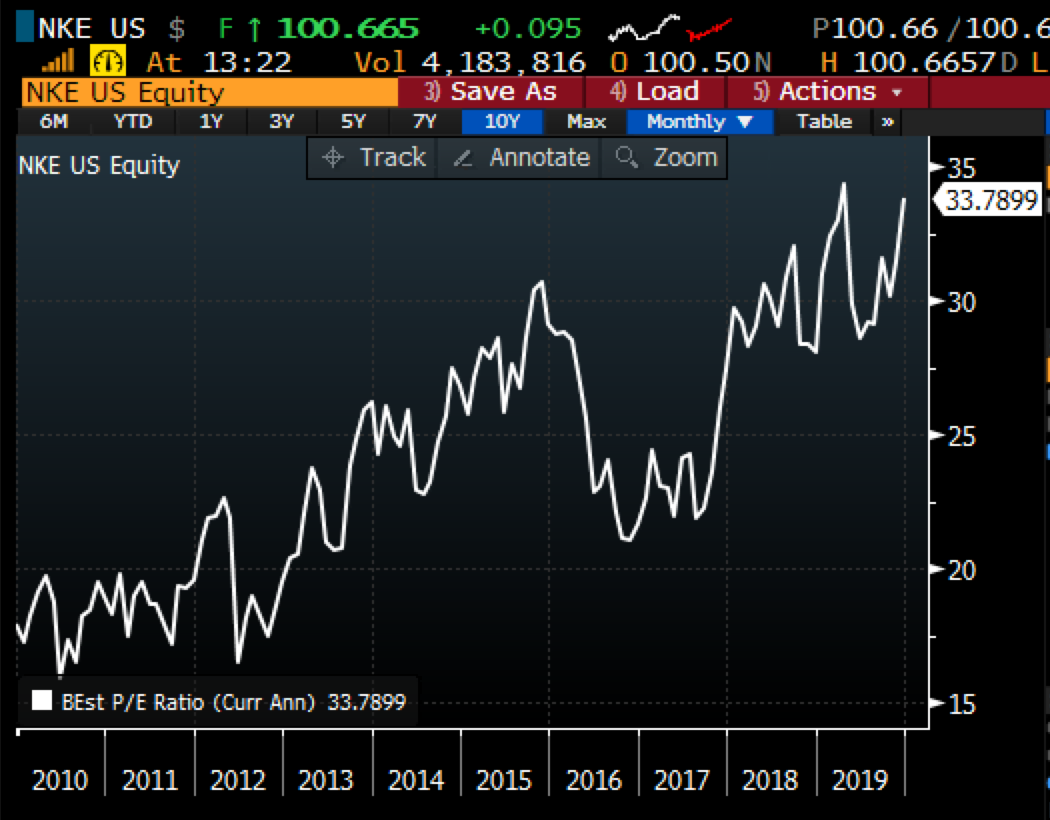 If I were looking to play for a beat and raise I would be looking to do so with defined risk as the stock’s ascent is getting a little steep. I might consider a call calendar, selling short-dated out of the money call premium and using the proceeds to buy a longer-dated call of the same strike, targeting the implied move, for instance:

This trade performs best with a move towards the 105 strike between now and tomorrow. If the stock is at or below 105 on Dec expiration the short 105 call will expire worthless and the trade will be left naked long the Jan 105 call. If the stock is close to 105 then the Jan 105 call will have appreciated as it will have picked up deltas. At that point, it might make sense to further reduce the premium at risk by selling a higher strike call in Jan turning the trade into a vertical call spread. The max risk f this trade is the 65 cents in premium paid, and would be at risk with a large move below the current level, or well above the 105 strike.

Or If I were inclined to play for a miss and guide down I would consider a put spread in Jan, but looking for the stock to find some support at $90 in the coming weeks:

Rationale: this trade risks 2% of the stock price, has a breakeven down 2.5% and has a max profit potential for 5.5% down 6% from the trading level.