On July 26th, the day after Starbucks (SBUX) had reported better than expected fiscal Q3 results, highlighted by global same-store sales of 6% (above 4% expectation), the stock made a new all-time high, closing up 9% on the day, nearly 55% on the year, nearly kissing the nice round # of 100: 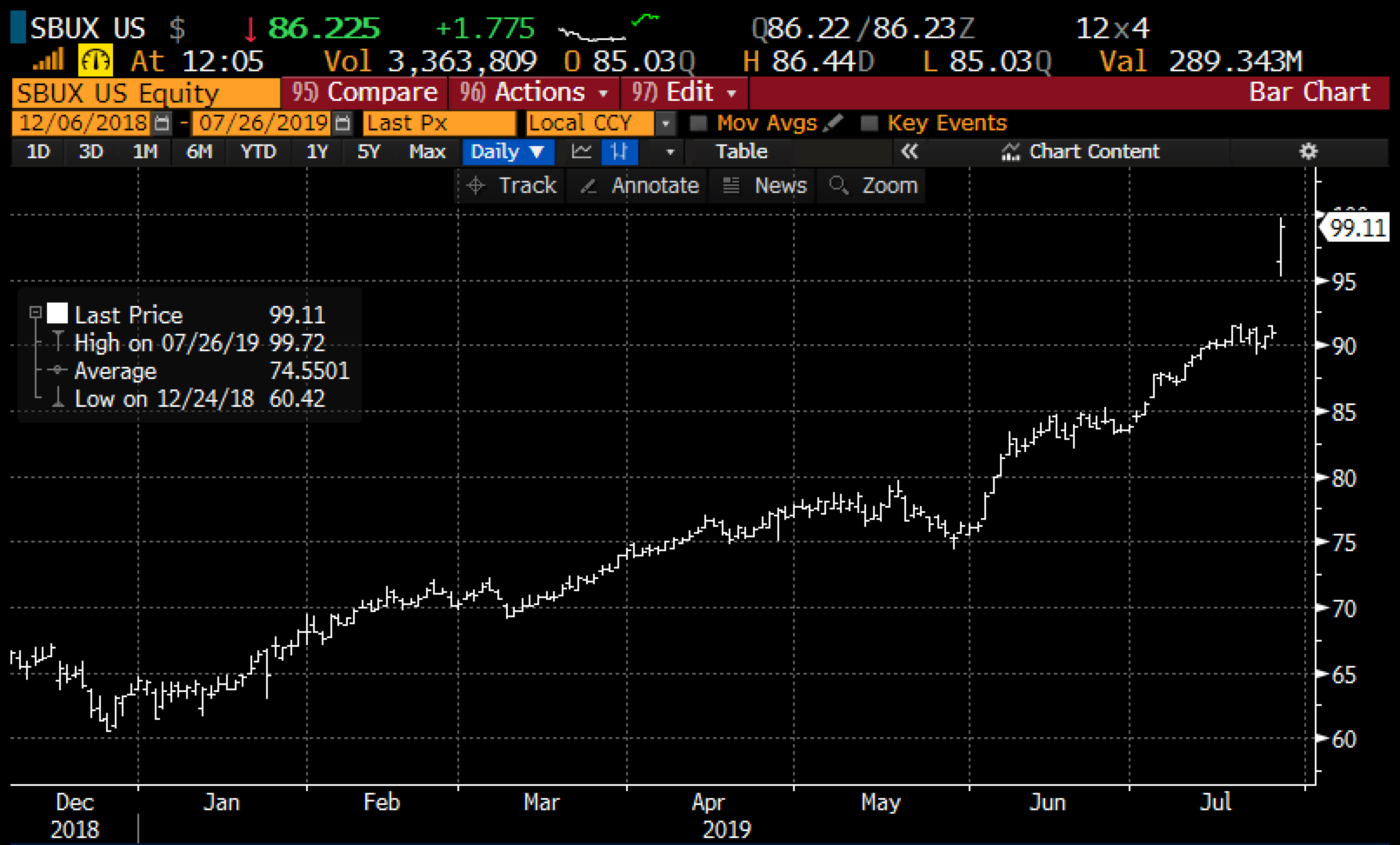 I am not exactly sure what happened the next day, but investors started taking profits, I suspect shorts started dipping their brave toes in the water and the stock began what would amount an 18% peak to trough decline to its recent lows last month near $81: 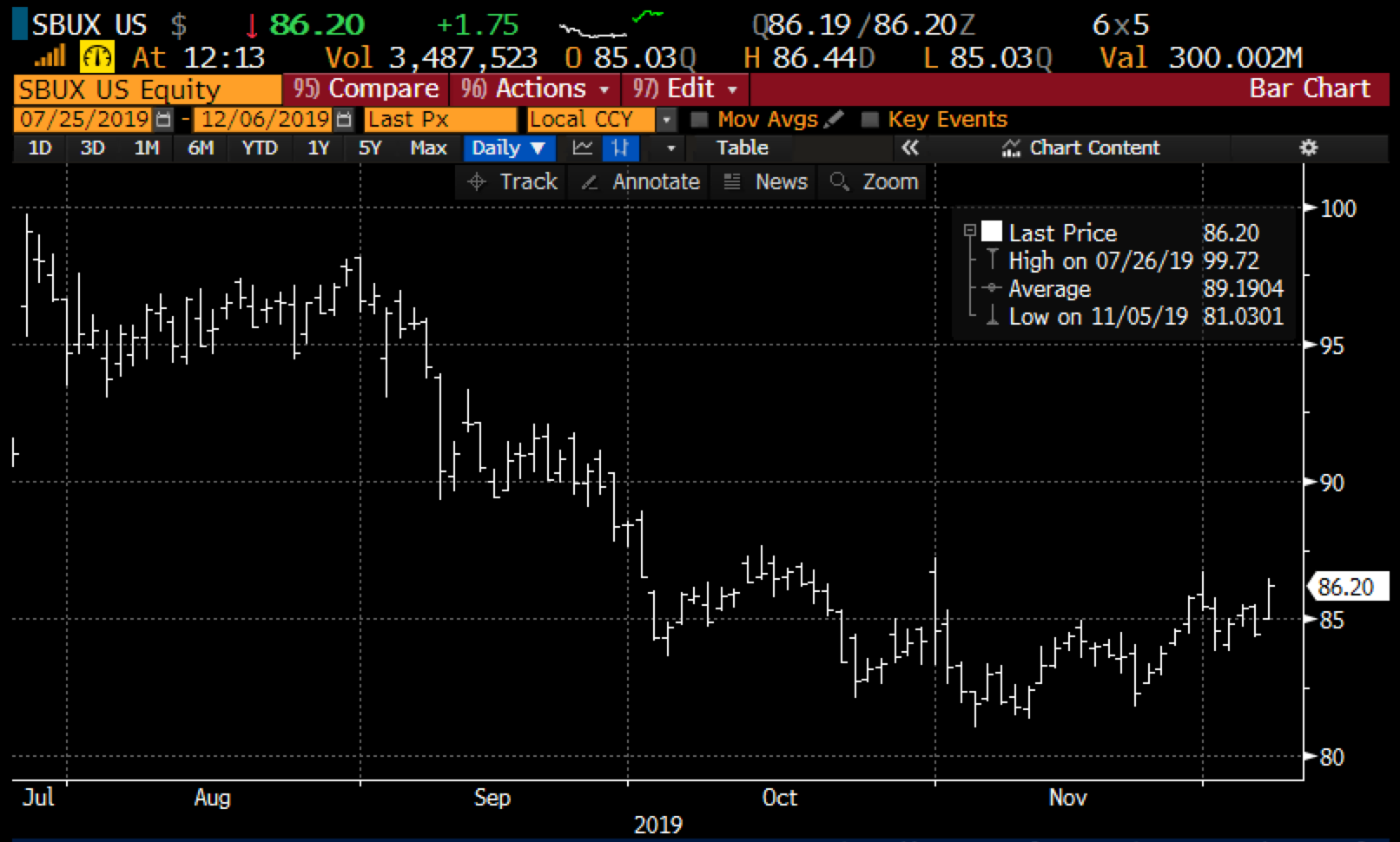 Putting those two charts together though and you have the makings for a pretty healthy stock chart into year-end with a possible follow-through into 2020 with another test of the prior all-time highs: 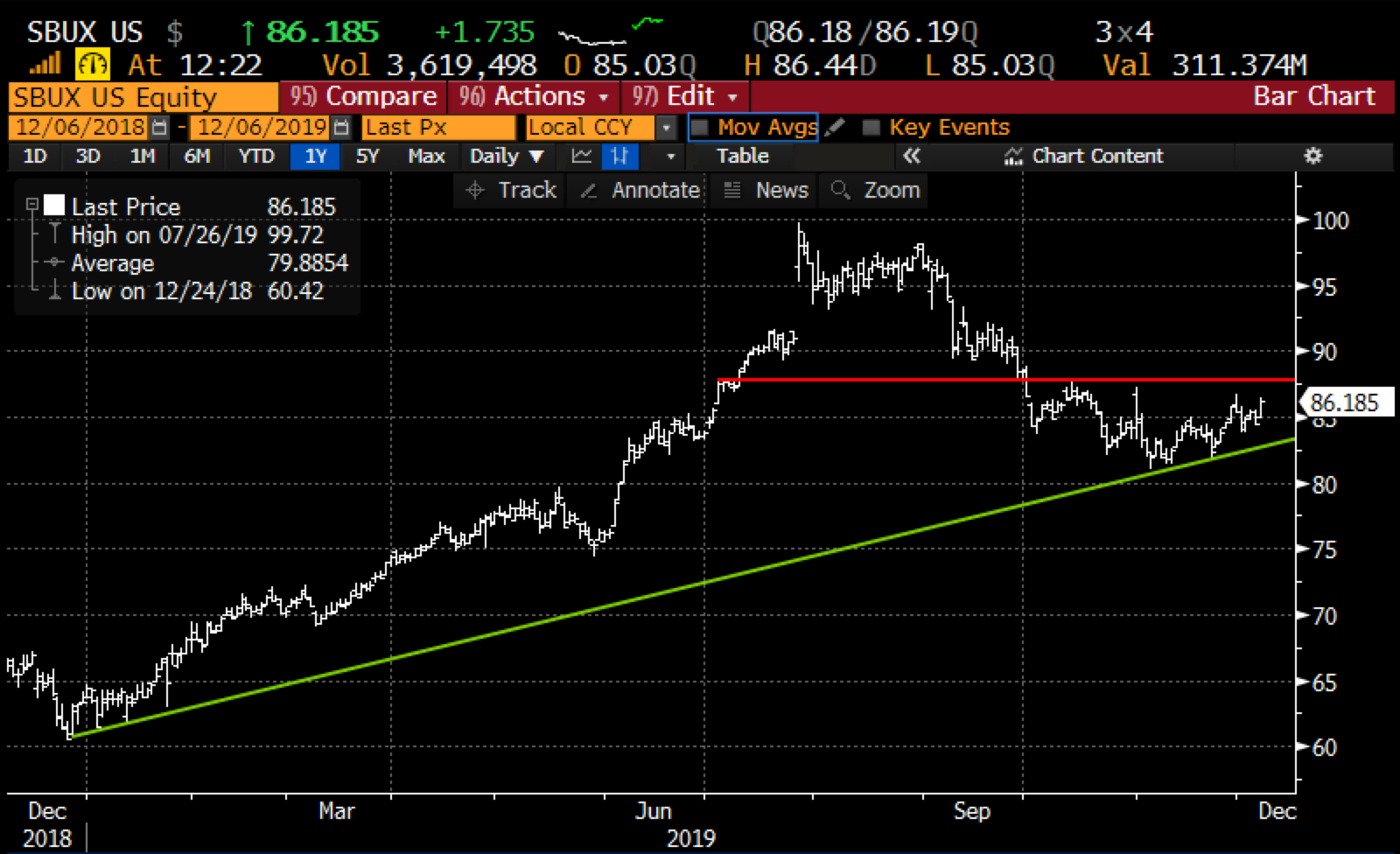 Why today? Well, the Nov jobs numbers suggest that fears of recessions and the affordability of $5 lattes have been pushed off a bit, and the stock’s cooling off this summer coincided with concerns about global growth, specifically in China, the potential for the U.S. to follow suit and valuation concerns.

So what’s the Trade? If I were inclined to play for an early 2020 re-test of $100, with short-dated options prices nearing 2019 lows, I might consider calls or calls spreads to define my risk.

The next identifiable catalyst for the stock will be its fiscal Q1 results on Jan 28th. I might consider a near the money strike like the $87.50 in January, that would expire before the earnings event and look to roll up and out on any strength above the strike… for instance:

Rationale: this trade idea risks less than 2% of the stock price with a break-even up 3%. The options market is implying about a 33% chance that this trade is in the money on Jan expiration, in about 6 weeks,

As I stated above, with premiums relatively cheap, if you are to get the direction right there are lots of things you can do to lock in gains… first would be to spread by selling a higher strike in Jan or roll up and out into Feb expiration that will capture their earnings event.