On Friday’s Options Action on CNBC, we discussed just how cheap options were in the SPY ETF that tracks the S&P 500, and I detailed a portfolio protection trade idea with the SPX very near all-time highs, up 24% on the year:

That hedge Idea was predicated on the SPY’s broad-based appeal and the correlation of many investment portfolios to large-cap stocks. But the price action today in small-caps, measured by the ETF that tracks the Russell 2000, the IWM is particularly notable given the index’s relative underperformance to its large-cap peers and its rangebound action for the better part of 2019. Today the IWM has broken out above a nine-month range that it has been routinely rejected at: 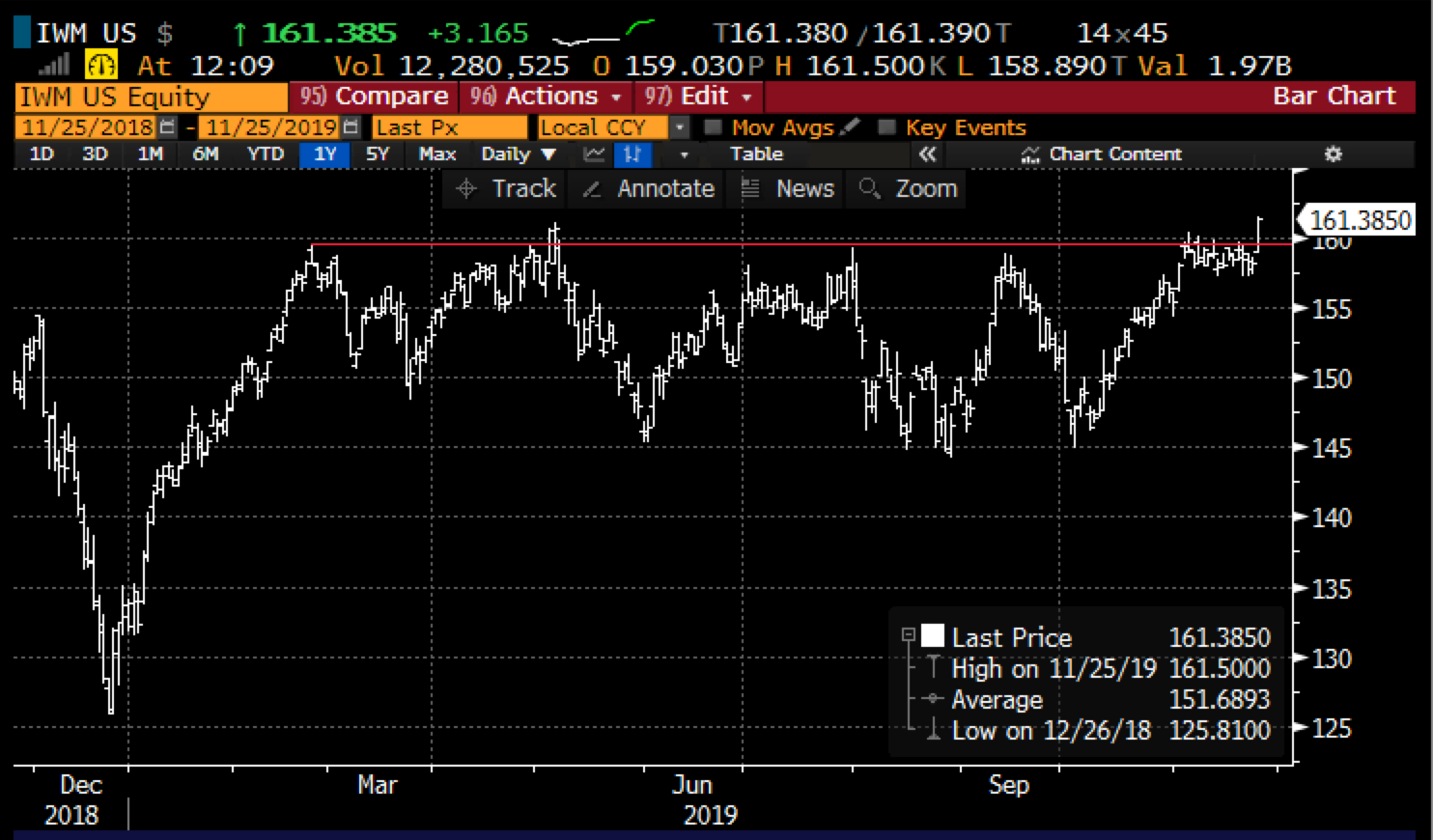 If the ETF is able to hold the breakout, one of the most popular catch-up trades between now and year-end might be in the IWM back to its 2018 and all-time highs just below $175: 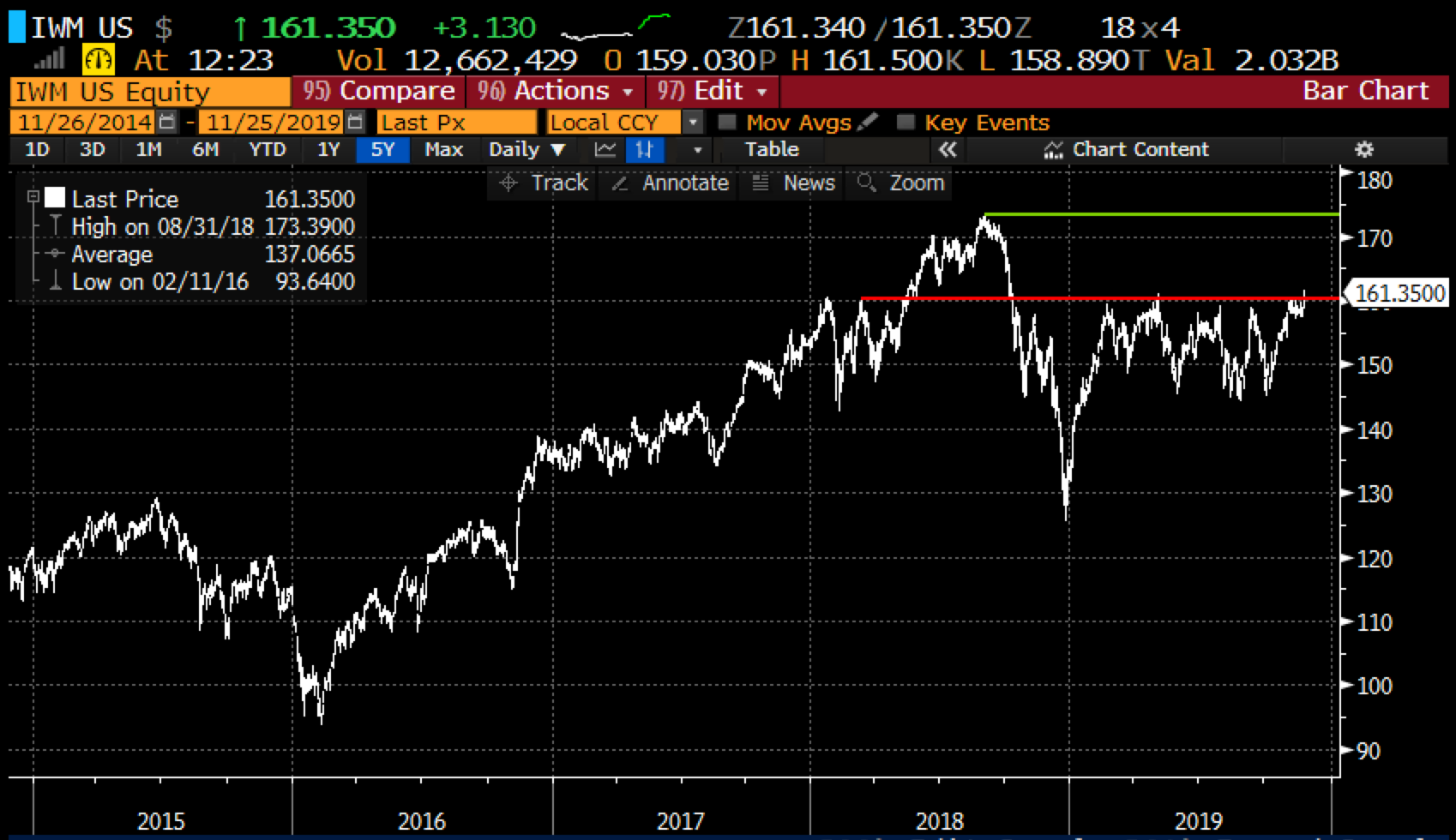 But given where sentiment is, and the thought process I laid out in the video above Friday, one might ask if the SPX were to be a sell on the news on any phase one trade deal, then certainly the IWM would follow suit, And I can easily subscribe to that thought process, but if the SPX were to hold gains and even move a little higher, this might be the very scenario where we would see rotation into a group like small-caps.

And options prices in the IWM are as cheap as chips, with 30-day at the money implied volatility (the price of options) at new one year lows at 13%:

If I were inclined to play for a rally back to the prior highs I might use Jan expiration to allow for a late-year run and a new year follow though and merely buy at the money calls, with the stock near $161.35 the Jan 162 calls can be bought for $3, or 2%  of the ETF price for nearly 2 months of upside exposure.