In case you missed it, the SPY the ETF that tracks the S&P 500 (SPX) has broken out above the series of higher highs since Jan 2018: 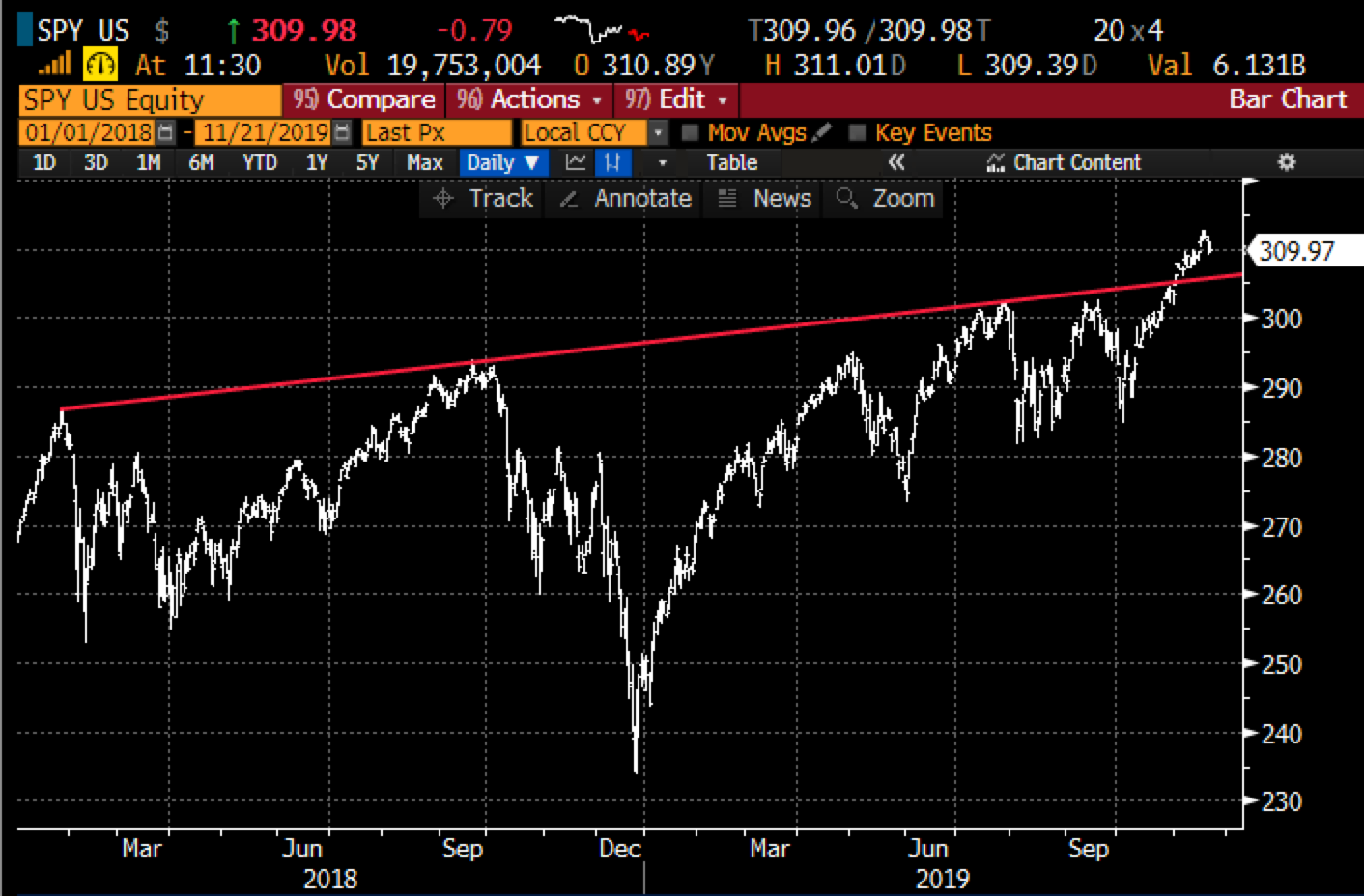 The SPY is up nearly 24% on the year, down only 1% from its all-time high made Tuesday but up 8.5% from its October lows. Looking at the year to date chart of the SPY, and drawing a few lines, the chart looks a tad less extended with $300 looking to be near term support, while a break there puts $290, which is the uptrend from the Jan lows and the ETF’s 200-day moving average very much in play: 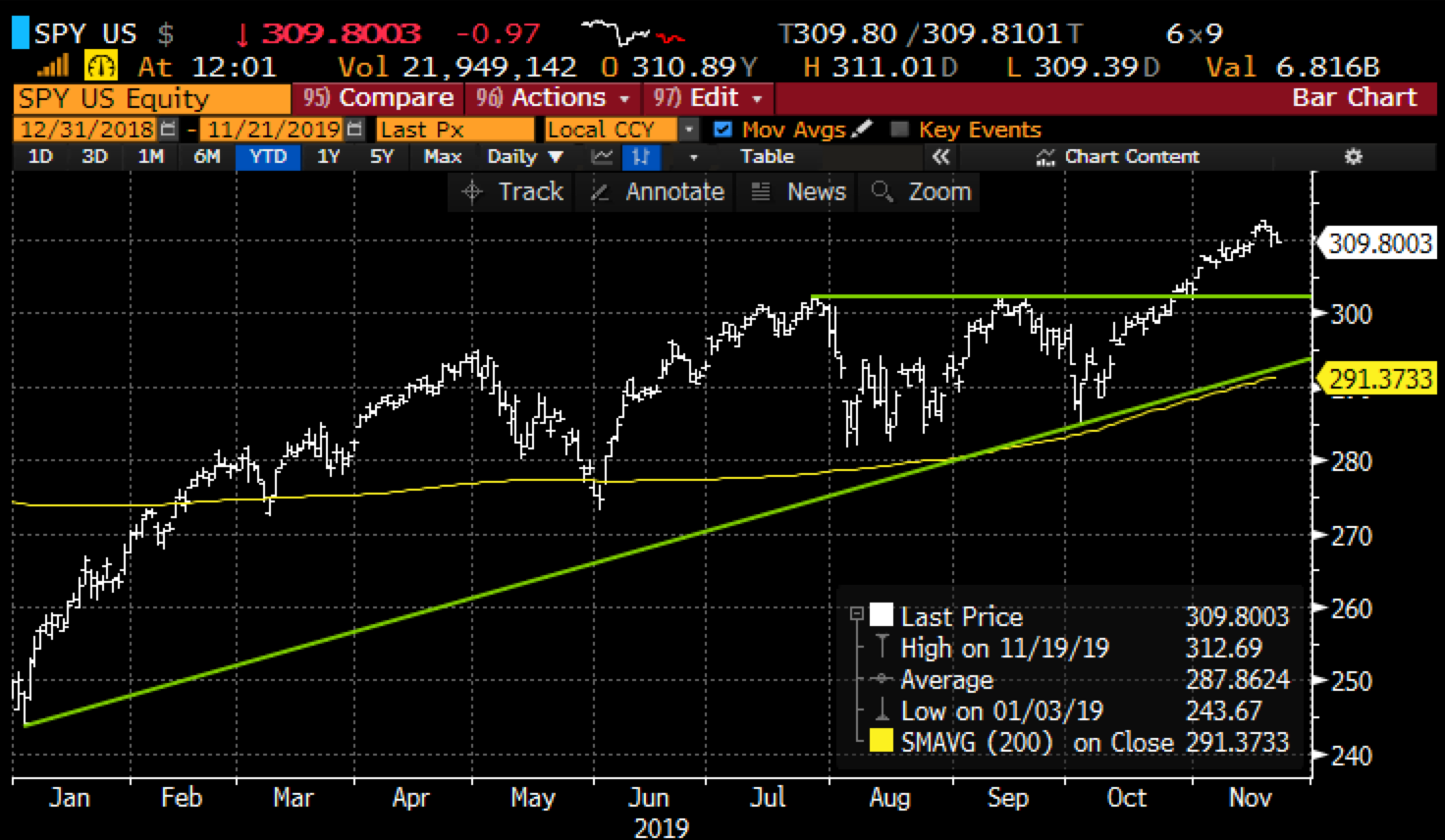 From where I sit it appears that investors are pricing in the high likelihood that Phase 1 of the proposed trade deal with China gets done before year-end and that the $200 – $300 billion in proposed consumer tariffs do not go into place on Dec 15th.

I would add that no matter what your view between now and the end of the year, short-dated options prices in the SPY are cheap, with 30-day at the money implied volatility at just above 11% (blue line below), very near the 52-week lows. This as realized volatility in the SPY is approaching multi-year lows (white line below). 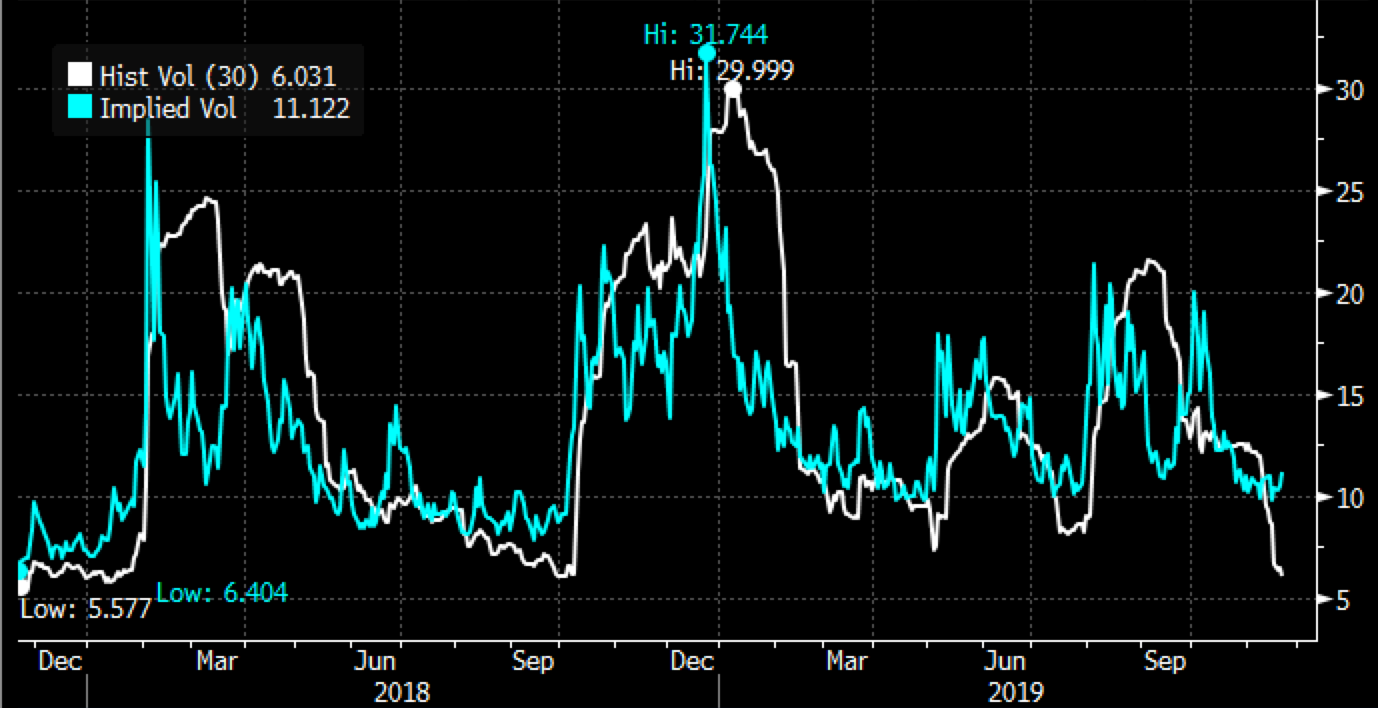 The last time realized volatility got that low, the SPY was weeks away from starting a three-month 20% crash.

Just to put some perspective on just how cheap SPY options are, with the ETF at $310, the Dec 31st 310 straddle (the call premium + the put premium) os offered at $9.50, or 3% of the ETF price. So if you wanted to buy portfolio protection between now and the end of the year using an at the money put in Dec 31st quarterly expiration, it would only cost you about 1.5%. And the flip side is true if you thought the market will make higher highs and possibly close on the highs of the year if you were to do that with an at the money call, again it would cost you less than $5 or about 1.5%. So why not trade some options to manage your risk into year-end, or lever up with defined risk?