In late March I wrote about MongoDB (MDB), a cloud-based open-source enterprise software company (MongoDB Super) that had just had a massive breakout to new all-time highs on the heels of a strong quarter and forward guidance. Aside from the early June ramp from $140 t0 $180, the stock has traded in a fairly stable manner between $140 and $160, and it has held the earnings gap since mid-March and has made a series of 5 higher lows: 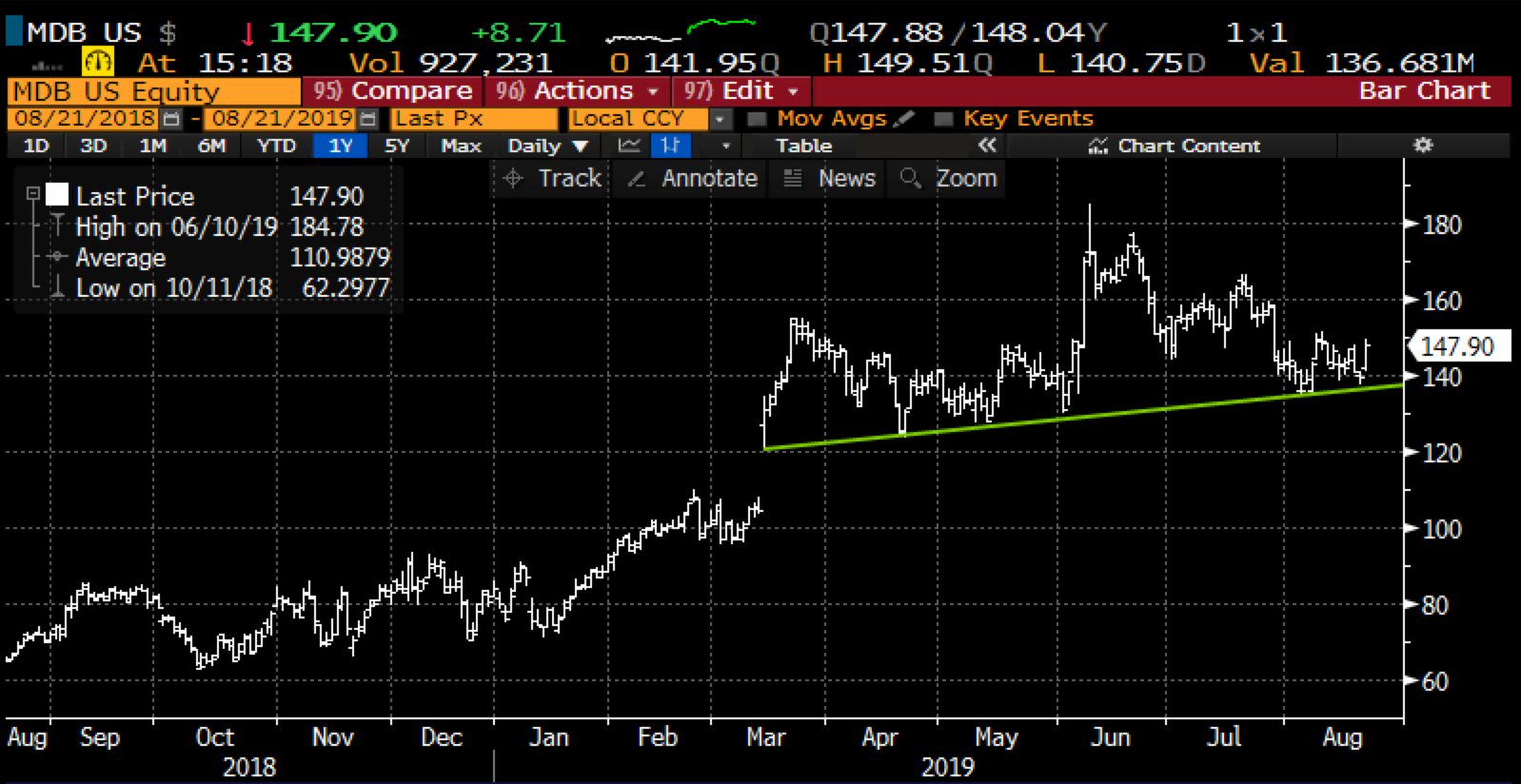 Interestingly when I wrote about the stock in late March it was also trading at $148. Taking a look at the two-year chart on a log basis and you see that the stock has today bounced off the uptrend dating back to early 2018; 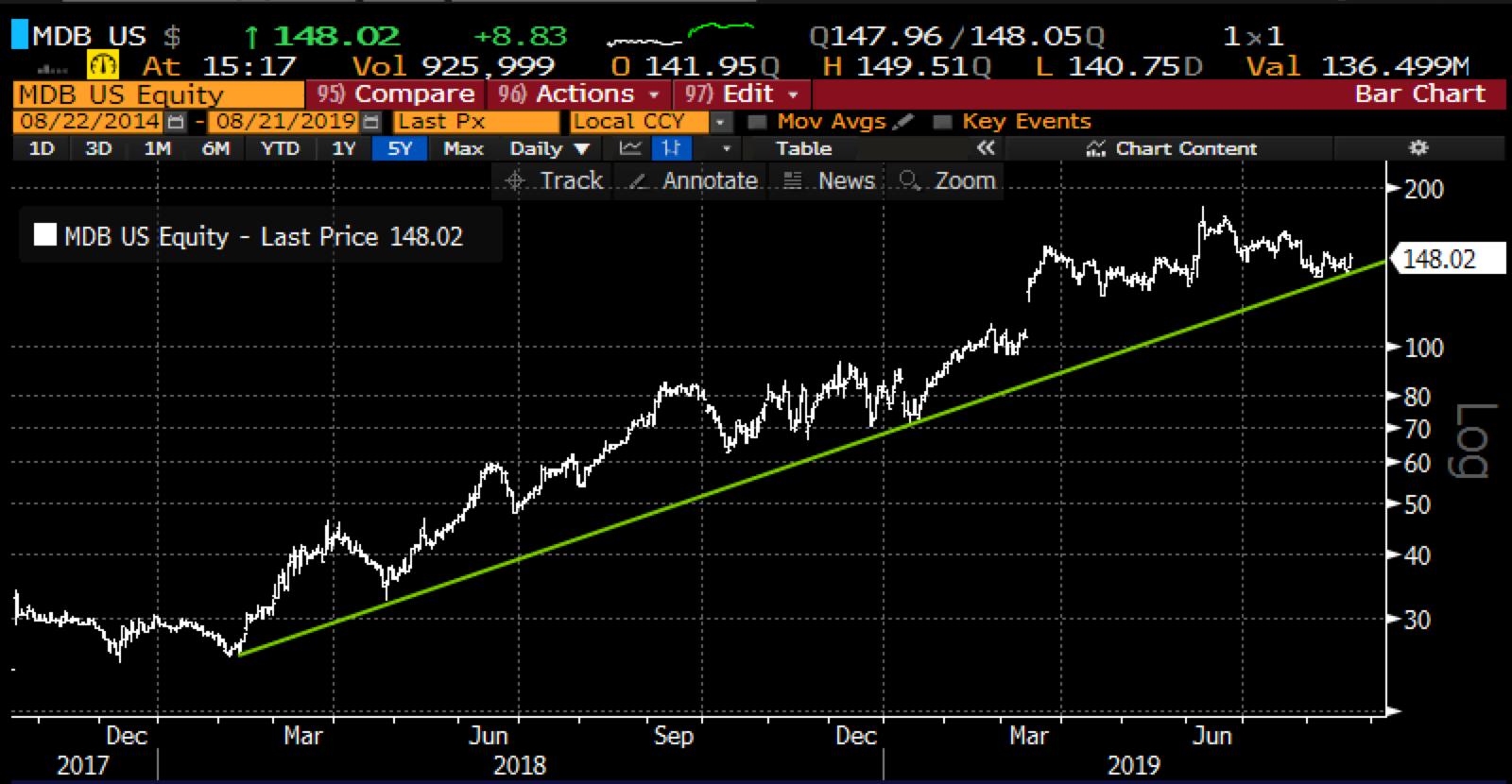 Shared of MDB are up 76% on the year, which is fairly astounding for an $8.2 billion market cap company that is expected to lose $45 million in adjusted net income ($144 million GAAP) on an expected $483 million in sales in the current fiscal year, a 30% yoy growth rate. Sentiment towards the stock got a tad more bullish after IBM announced a $34 billion bid late last year for open-source cloud-based software provider Red Hat, closed last month. So maybe there is some takeover premium in the name, but with those loses a deal for MDB would be fairly dilutive for a buyer that looks like IBM struggling to reinvigorate some earnings and sales growth.

The next catalyst for MDB will be their FQ2 results that should come prior to Sept expiration (the company has not set the date yet). Options market makers are not waiting for the earnings date to be set, as short-dated options prices have ramped nearly 50% in the last month 30-day at the money implied volatility trading below 50% just a few weeks ago, to nearly 75% last week and have now come in a tad to about 63%:

Make no mistake, 63% IV is expensive, with the stock near $148, the Sept 148 straddle, the call premium + the put premium) is offered at about $21, or about 14% of the stock price, if you bought that and thus the implied movement in the stock between now and Sept expiration, you would need a rally above $169 or a decline below $127 to make money. Alternatively, to buy the at the money put or call to make a defined risk directional bet between now and Sept expiration which would also likely catch earnings, you could risk $10.50 on just the put or call, or about 7% of the stock price, which seems hefty.

If I were inclined to make a bullish bet that the company would issue another beat and raise and that the stock would re-test of the brief June highs between now and Sept expiration, I might consider call spreads in Sept expiration:

Rationale: this trade idea risks 5.5% of the stock price, with a break-even up 6.75% into a potentially volatile event with a max gain up 22%.

But as we often warn short-dated long premium directional trades into events like earnings are a hard way to make a living, you need to get a lot of things right to merely break-even, first and foremost direction, the magnitude of the move and timing.