Since early Spring it has been my view that U.S. Treasuries would remain the beneficiary from the ongoing trade war with China:

This from March 6th (Bonds Shaken, Not Yet Stirred):

At the time the TLT, the 20-year U.S. Treasury etf was trading $120 and I laid out a defined risk way to play.

Then in late May when the TLT was just below $129 I updated this trade idea and rolled the bullish view up and out, at the time suggesting (TLT: Bonds… Shaken & Stirred):

Well, the Fed cut last week suggesting that trade tensions remain the largest determinant about further rate cuts, and give last week’s tariff increase by trump, Fed Fund futures are now pricing in a 100% chance of a 25 basis point cut at the Fed’s Sept meeting.

Now with the TLT is $138, and the risk-reward to remain long this call spread is now longer great as the etf approaches long term technical resistance: 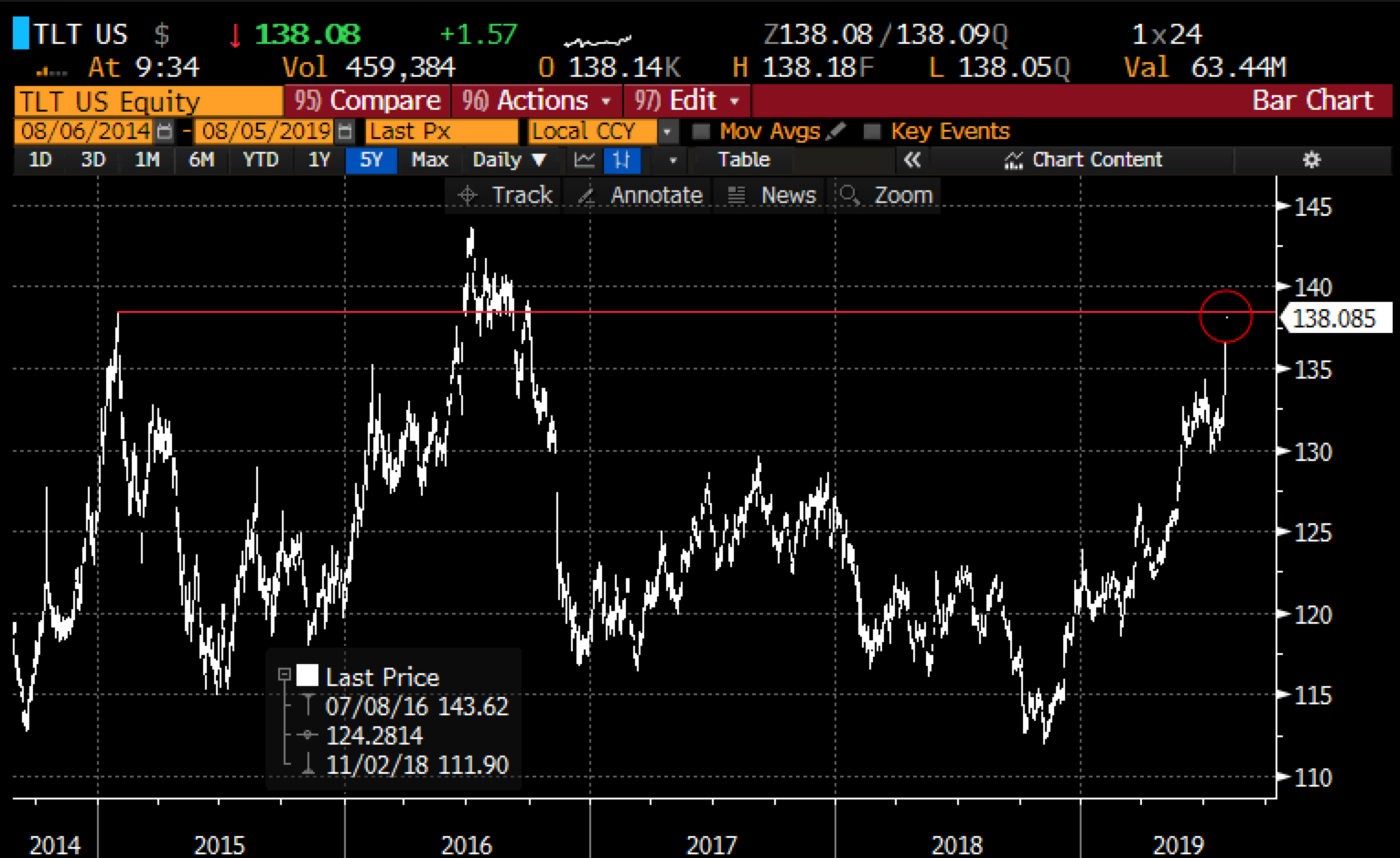 At this point, it makes sense to take the profit and run with the $10 widespread that is $8.20 in the money with 6 weeks to expiration…