This morning Jim Cramer on CNBC’s Squawk on the street sounded a tad cautious on the U.S. stock market at new all-time highs (S&P 500 up nearly 18% on the year) at a time where the Fed’s dovish pivot is a direct result of weakening economic data and what Jim sees as a worsening earnings outlook for U.S. companies… watch below:

Now I am a fan of Mad Money, Jim does an amazing job of marrying his analysis of the most important stock market stories of the day (and lookaheads) with a lot of good clean tv fun. But clips like the one above show his commentary in the morning with Carl and David as anything but Mad, actually quite calm… warning about why the “stock market” is where it is despite what might be a weakening economic backdrop. Jim’s comments about market leaders, specifically Proctor and Gamble (PG) are very in synch with some of my commentary on Fast Money of late:

Shares of PG are trading at 26x trailing eps and 23.5x expected FY2020 eps, both at nearly two-decade highs, per Bloomberg: 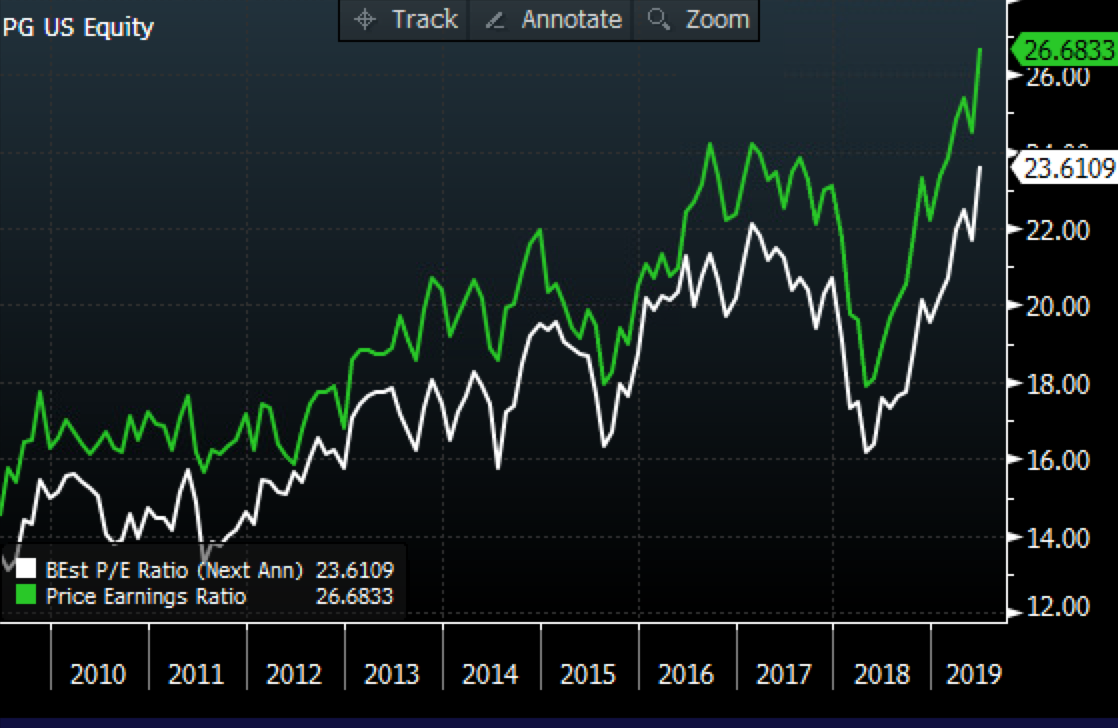 So why is PG trading at near record multiple? Quite simply, the stock’s 2.66% dividend yield might look attractive to some vs a 10-year treasury yield at 2% and of course the defensive nature of their products should hold up better in an economic downturn then discretionary items like Nike’s, $5 lattes and Peloton bikes.

Shares of PG are up 22% on the year, outperforming the S&P 500’s (SPX) 18% year to date return, and up a whopping 57% from its 52-week lows made in early 2018 and up nearly 10% this month alone. Since breaking out to new all-time highs in January, the stock is on what you might call a runaway breakout. 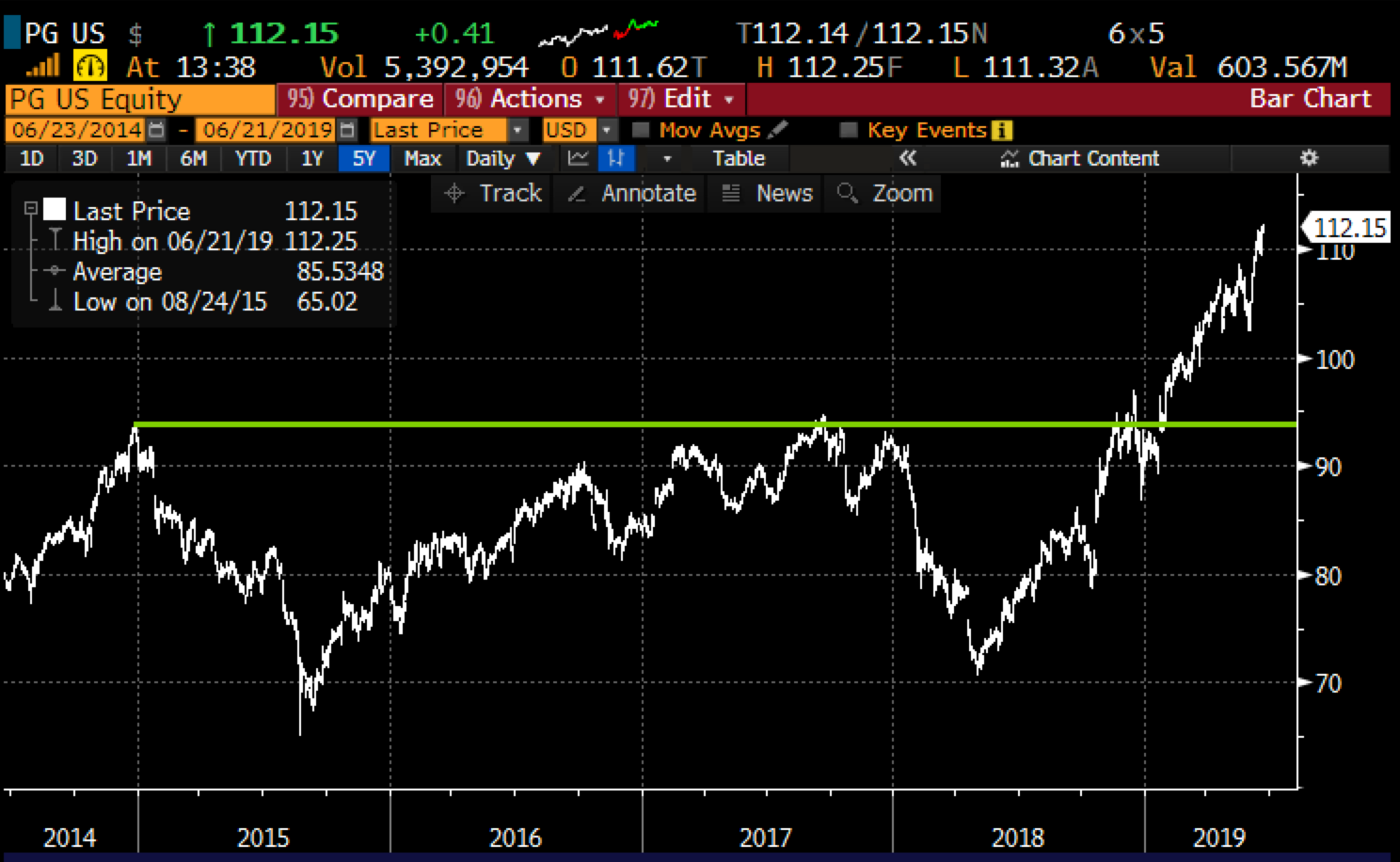 Despite the stock’s outperformance, Wall Street analysts remain fairly mixed on the stock with 13 Buy ratings, 15 Holds and 3 Sells.

My take it is quite simple… for fairly obvious reasons investors are crowding into defensive names like consumer staples, REITs and utilities, pushing their earnings multiples to unsustainable levels giving their growth prospects. Stocks like PG stick out like a sore thumb given their dramatic outperformance, but PG might be damned if we do and damned if we don’t from here. If the U.S. and China were to strike a substantive trade deal, and one of the major headwinds to global growth was removed (low probability this summer in my estimation), then investors might move into more cyclical and growth stocks, and out of stocks like PG. But if the trade war was to intensify and continue to be a headwind to growth, then correlations among stocks in the U.S. would likely go up and in the face of a second-half stock market decline, possibly similar to one of the two we had in 2018, PG would most certainly suffer from these lofty levels.

And one last thing, for those looking to define their risk, short-dated options prices are downright cheap in PG, with 30-day at the money implied volatility at about 13.5%, very near the lows of the year, making long premium directional trades look cheap: