Last Thursday, when trump threatened (by Tweet), tariffs against one of our countries strongest allies and one of our largest trading partners (Mexico), the stocks of many companies that do a ton of cross-border trade cratered on Friday morning. One such name was rail operator Kansas City Southern (KSU), gapping down 7.5%, to close down 4.5% on the day, but has since filled in the entire gap: 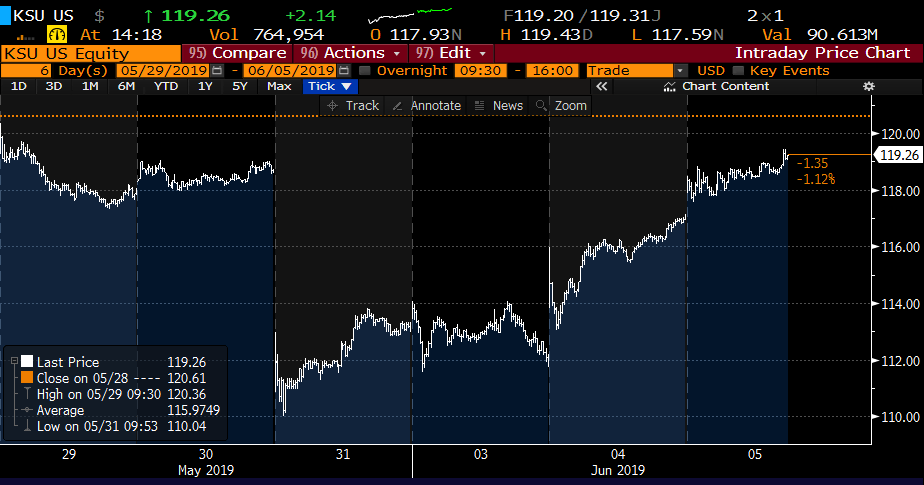 Monday morning, Credit Suisse’s KSU analyst Allison Landry who rates the stock a Buy with a 12-month price target gave some perspective on the stock’s reaction to the potential earnings hit of tariffs on Mexican imports starting at 5% on Monday June 10th and possibly getting as high as 25% by the end of October if Mexico does not make some undefined improvements the flow of illegal immigrants flowing through their country to ours: 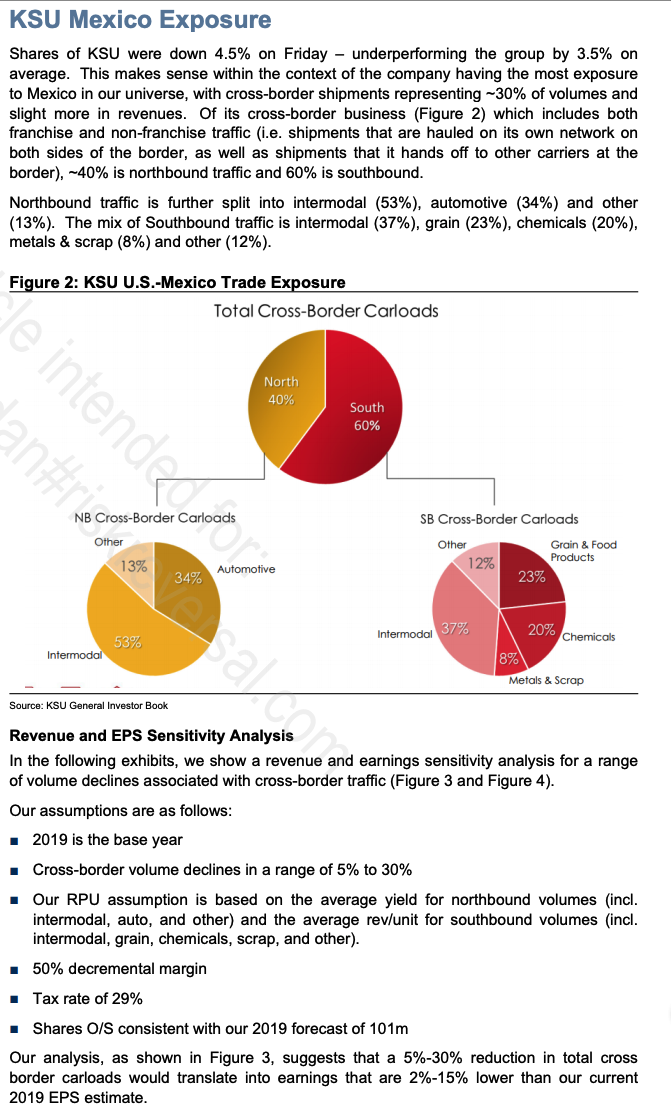 Importantly we have no idea to know whether these are merely idle threats, but if they are not, and if tariffs were to rachet up into the fall it is hard to tell what the unintended adverse effects might be to trade broadly, and the slowdown of our economy which might affect other areas of KSU’s business.

KSU is a fairly reasonably priced stock trading at 17.4x expected 2019 eps growth of 14%, but it’s PE multiple has clearly been trending downward over the last decade, while still slightly above the average market multiple:

If there are no pushouts of the 5% tariffs on Monday (despite some chatter that they could be avoided by a U.S. trade rep today), then I suspect the stock’s of rails and autos (thought to be most immediately affected) will retrace at least back to their Friday’s lows. 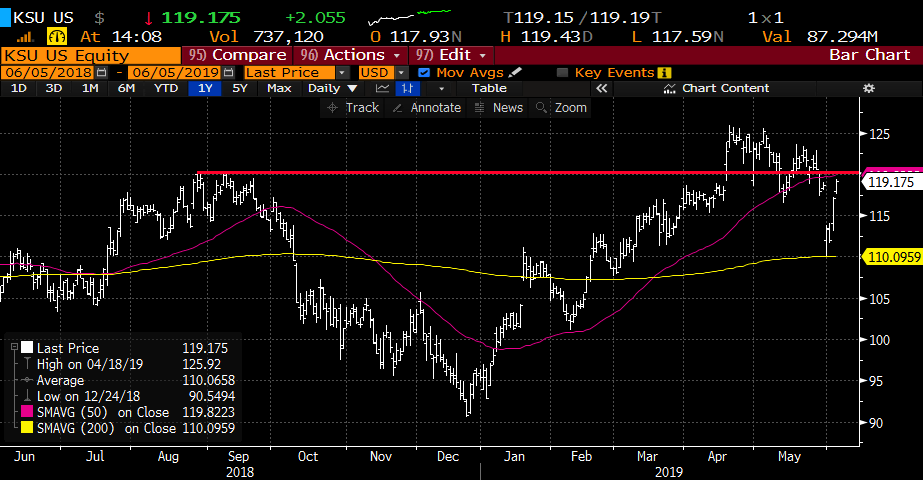 So what’s the trade? If I thought there is a good likelihood that a 5% tariff goes into effect against Mexican imports on Monday and that a stock like KSU might re-test Friday’s low at $110 if the rhetoric gets dialed up in the coming weeks, then I might consider the following put spread.

Rationale: this trade idea risks about 2% of the stock price to make a defined risk bearish bet that KSU will return to Friday’s low if tariffs are put in place on imports from Mexico this Monday, allowing a little more than 2 weeks for this idea to play out.