Quick serve restaurant stocks have some of the most constructive looking charts in the U.S. market. Let’s start with the Big Kahuna Burger, McDonald’s (MCD), which is approaching its prior all-time highs from last fall just below $191. The stock interestingly has underperformed the broad market ytd, only up 6% vs the SPX’s 12% gains, but again it looks poised to breakout to a new high after such a long consolidation between $175 and $190 over the last few months: 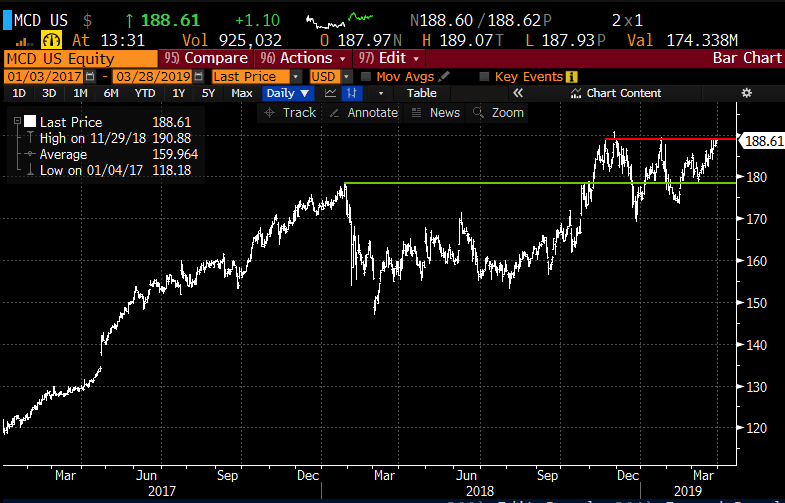 Now let’s take a look at some of the charts and the ytd performance.

SBUX up 14% on the year, trading at a new all-time high as I write is nothing short of a work of art, holding the uptrend that has been in place from its June 2018 lows that have yielded gains of 55%. The stock recent bounce of support at the prior breakout at $69 is powerful, making that level one to reckon with from a technical standpoint for the time being: 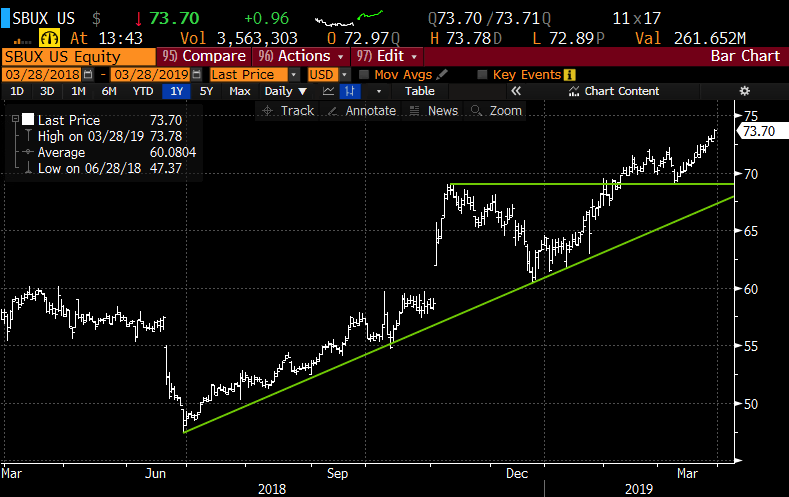 The next identifiable catalyst for the stock will be their fiscal Q2 earnings on April 25th and I would suspect that the higher the stock runs into it the more likely it is too re-test recent support on anything short of a beat and raise (think Nike last week).

YUM like MCD underperforms the broad market up about 7% on the year, yet is also trading very near its 52-week and all-time highs made two weeks ago. YUM will not report earnings until May 1st: 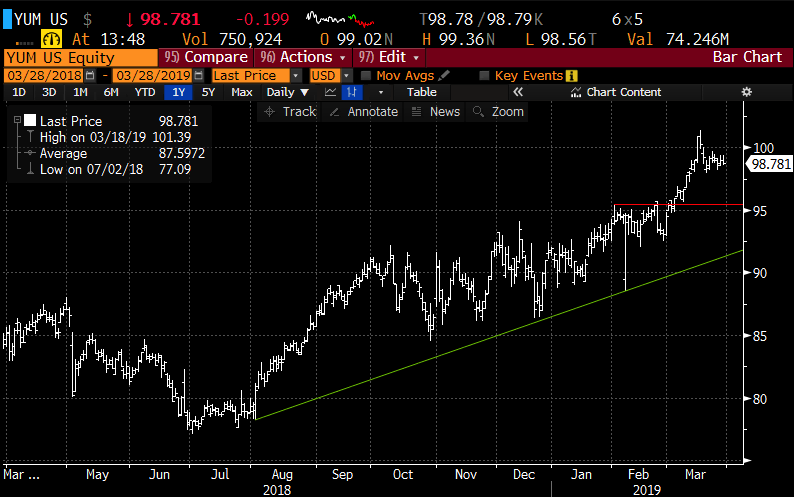 And then there is the enigma wrapped in a burrito, CMG which is trading at a 52-week high, up 62% on the year, with half of their gains coming since ear;y February when the company issued a beat and raise quarter showing good progress on digital ordering and plans for delivery: 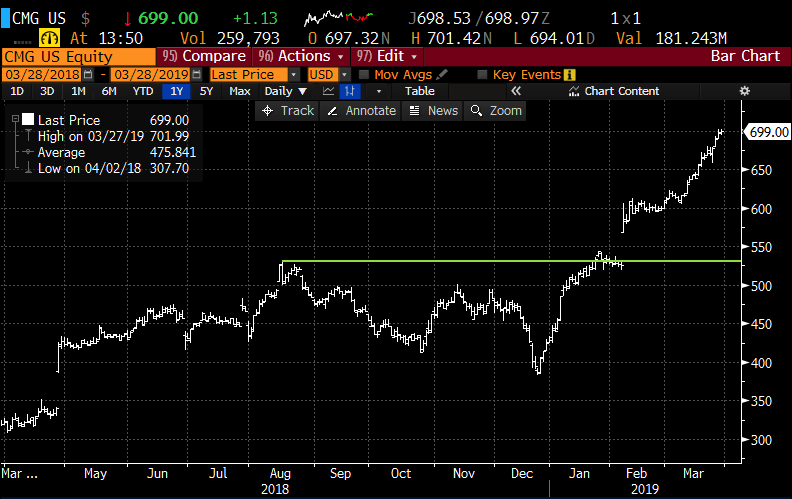 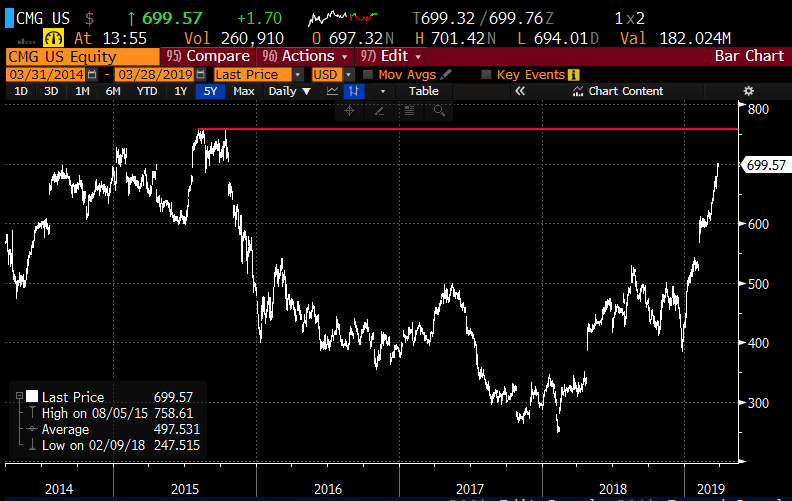 CMG does not report until April 24th, but this one seems priced to perfection.

I see no reason to set up for earnings trades weeks prior to the event, especially vertical spreads that are trying to target a directional range, but calendars might make sense. Let’s look at how we might target a stock like CMG, If earnings will come the week after April expiration, and I was inclined to play for a pullback after the stock’s sharp run, but also recognizing that the stock might have some more near term upside, we could look to sell a near the money put in April and use the proceeds to help finance the purchase of a May put of the same strike that would catch earnings. For instance, with CMG near $700, you could sell the April 700 put at $18 and buy the May 700 put for $42. If the stock were $700 or higher on April expiration, the April 700 put would expire worthless and I would end up owning the May 700 put for $24. Now this trade idea would keep you in the game assuming the stock does not rally too much above or below the strike prior to April expiration. But again this is trying to thread the needle a bit and would really make the most sense if you thought the stock might consolidate some its gains prior to earnings after such a sharp run and that anything less than stellar results would send the stock much lower post earnings. We will keep an eye on this space, as SBUX might also set up as a good candiddate to fade into earnings.