Maybe last quarter’s cut to guidance was to a level that is achievable, but when you consider some of the headwinds the company faced in Mid December, they all still exist, slow trade with China given tariffs, weak Europe with Brexit overhang, a strong dollar, except the government shutdown which had not happened yet. I suspect all of the above adversely affected FDX results in the quarter and the lack of clarity on a trade deal with China likely cements further lack of visibility. At an analyst meeting in January, the company largely blamed the Q2 miss on macro conditions.

And the hits keep coming, in February 42 year FDX vet, President/COO Don Bronczek abruptly retired leaving some investors questing who would be next in line to replace founder Fred Smith.

The company offered disappointing guidance and a week later the stock is down a $172 as I write. This $20 spread that is now $3 in the money cost $4 when the stock was $178.50, is now worth about $5.25 for a $1.25 gain. This stock was rejected at prior resistance below $185, and is now sitting on support on an uptrend from the December lows: 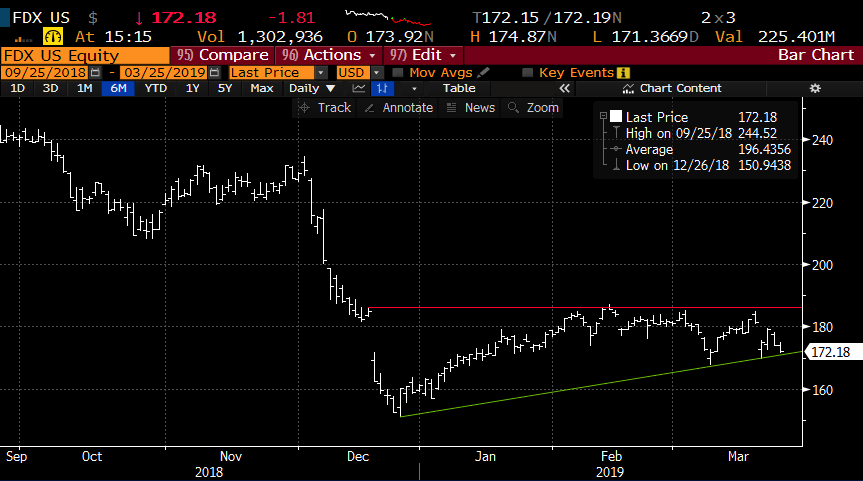 At this point, it makes sense to roll these profits to a trade idea that