Earlier in the week (read here), I took a quick look at shares of Western Digital (WDC) as it appears the stock is desperately attempting to put in a massive double bottom dating back to it’s 2016 low, which resulted in a 200% gain to its early 2018 highs: 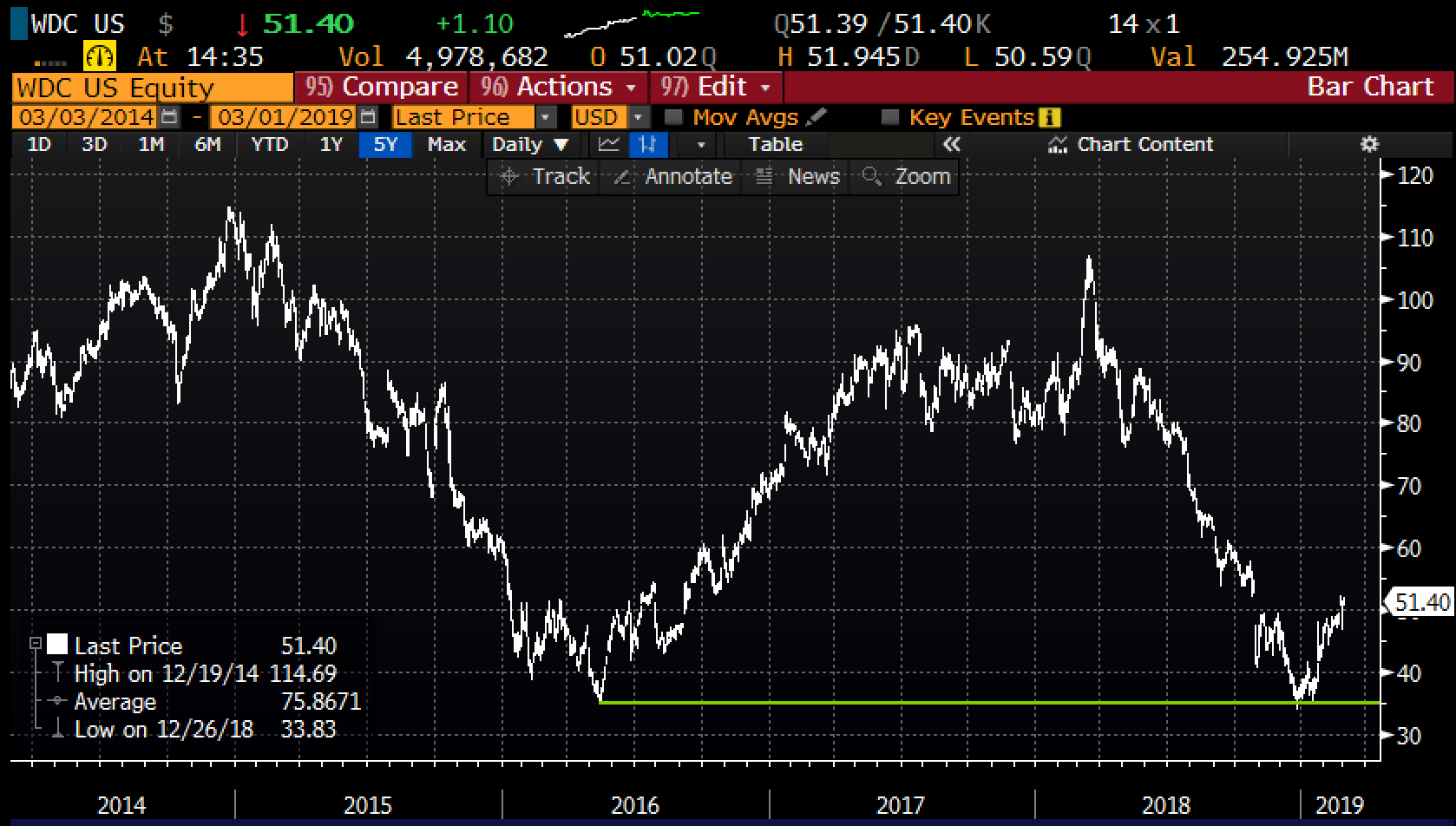 From the highs in early 2018, the stock lost nearly 70% of its value, but early this year it broke above the nasty downtrend and has now just broken-out above technical resistance at $50, which was also the Oct earnings gap: 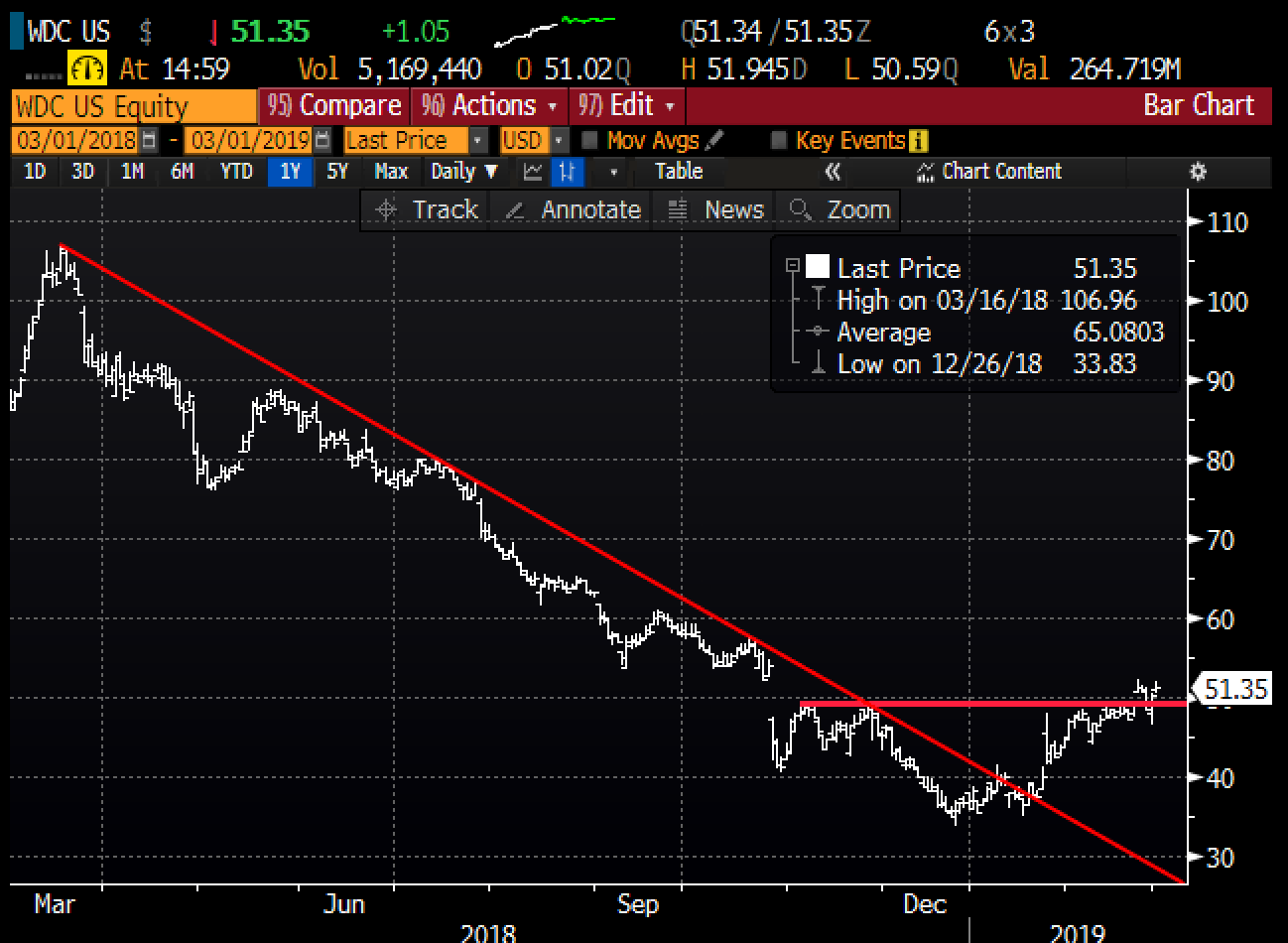 Oh and this week the company’s President spoke at Morgan Stanley’s TMT conference, gave a generally downbeat picture of the current demand environment, their pricing power, diminished cash flow situation, strained balance sheet, while offers glimmers of hope for the back half of the year. Investors initially shot first and asked questions later with the stock declining intra-week, before a fairly impressive reversal to close up on the week. 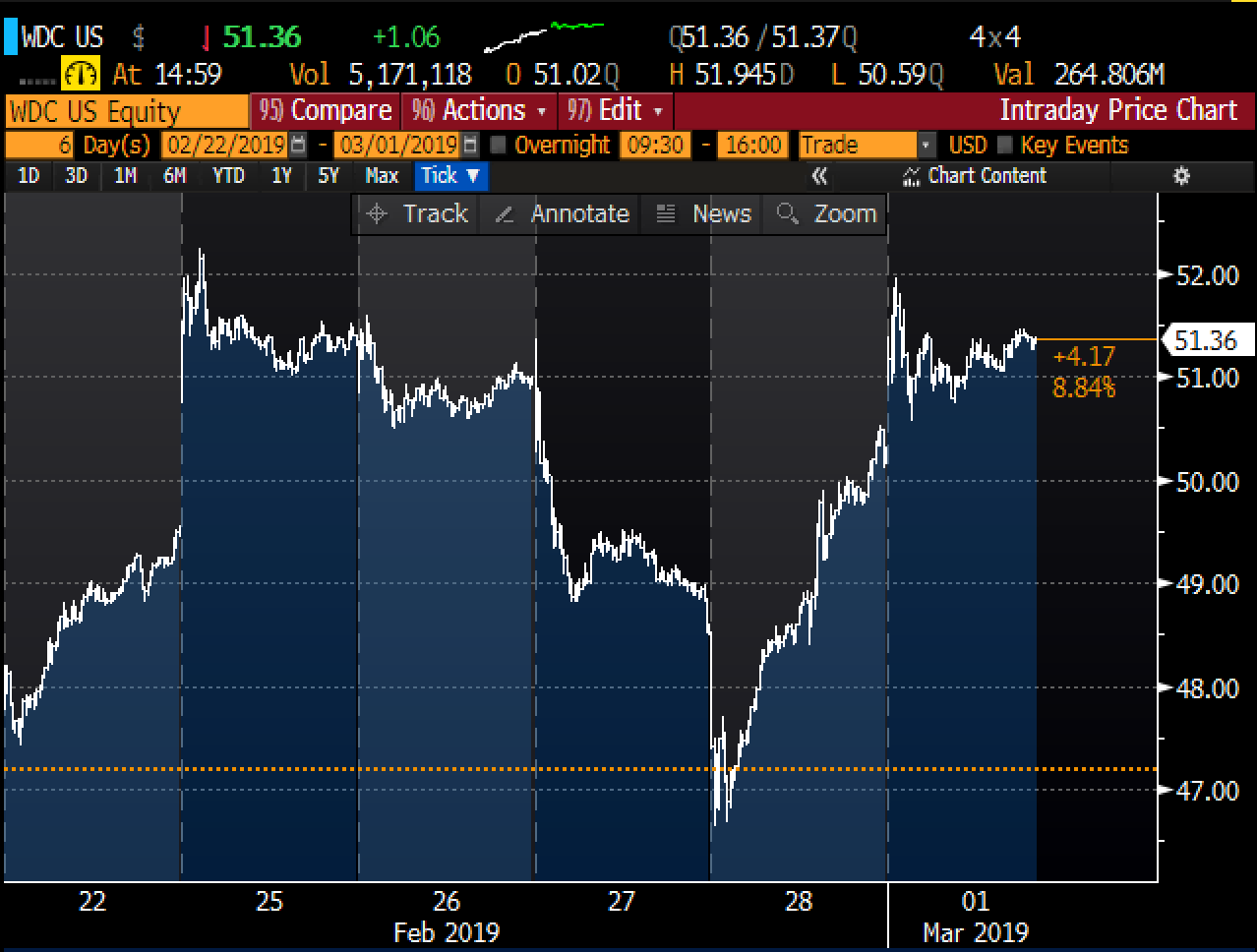 Here was my take on Monday, prior to the company’s presentation yesterday: 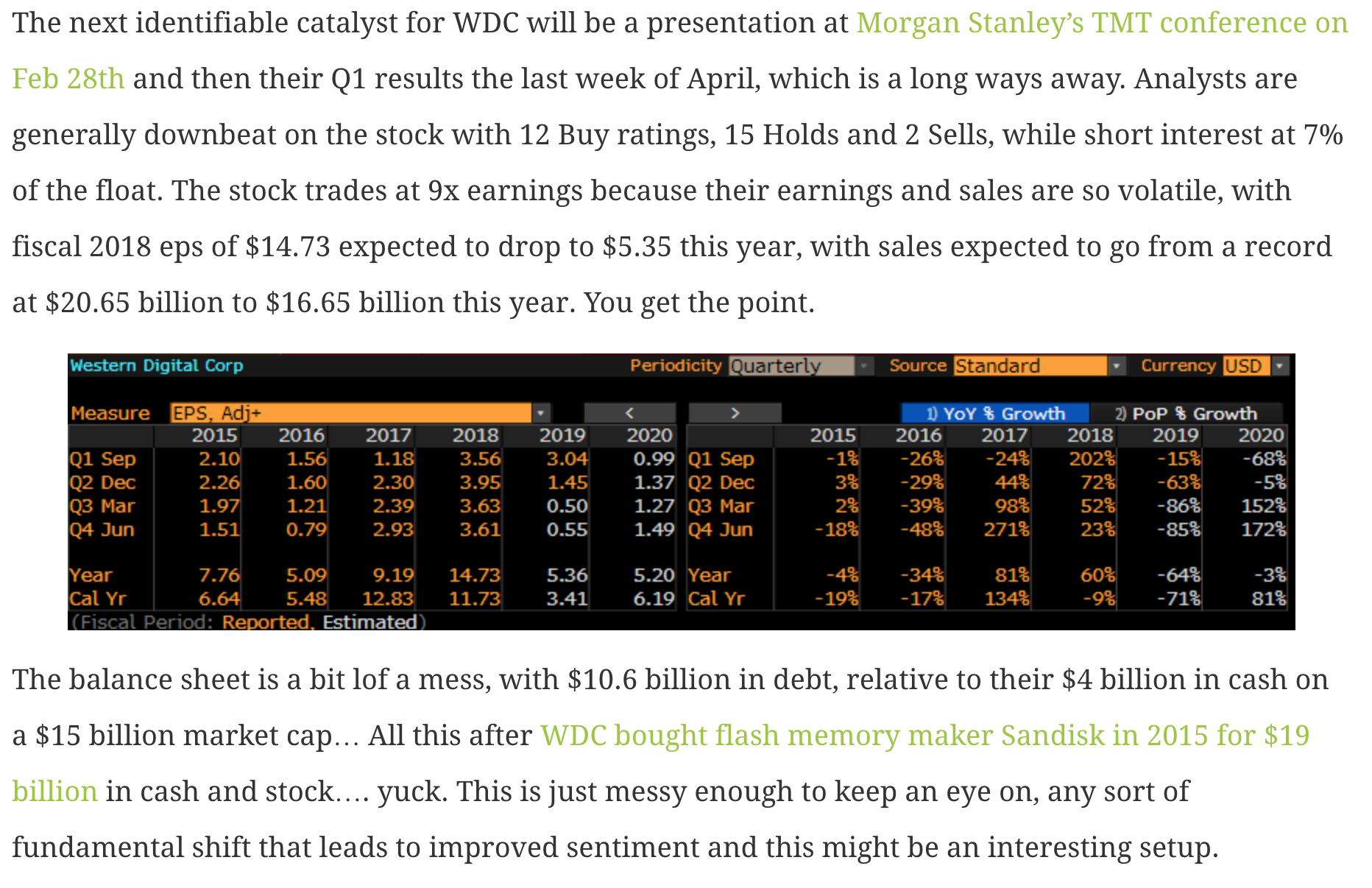 So the stock’s rebound off of yesterday morning’s low, and the technical breakout above $50 might signal higher highs are in order, and the slightest bit of good news when the company reports their fiscal Q3 earnings in late April and this stock is off to the races.

So what’s the trade? set up for a rally above $60 in the next couple months: