WDAY, up 24% on the year, and up nearly 70% from its November 2018 lows is making a new all-time high today, on what some technicians might call a runaway breakout over the last month: 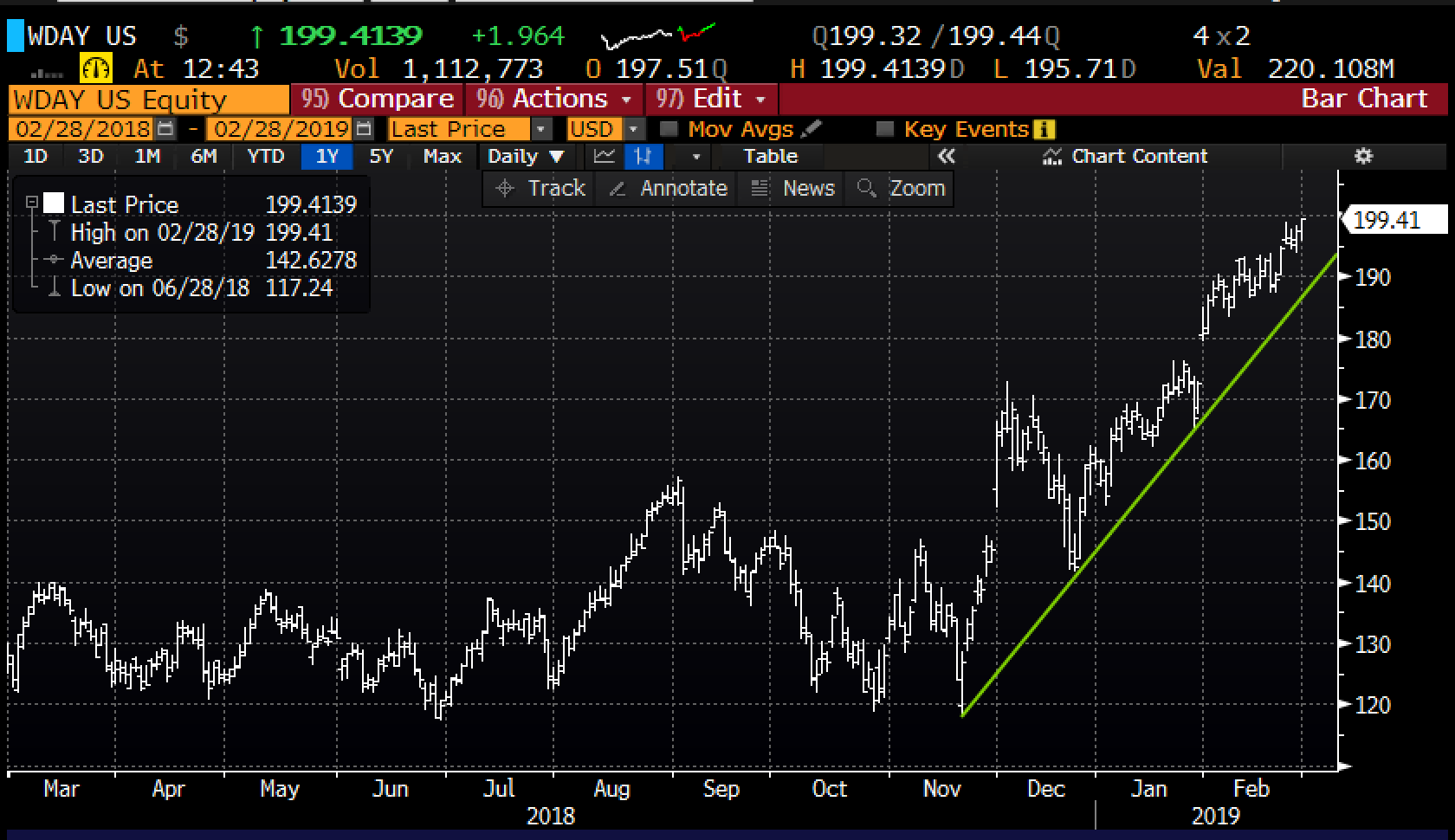 Despite the stock’s gains, analysts remain fairly mixed on the stock with 21 Buy ratings, 13 Holds and 4 Sells, while short interest is down to about 7% of the float.

One reason for caution, despite the high-flying performance, is that the stock trades at about 12x expected fiscal 2020 sales growth of 26%, which is expected to decelerate from last year’s 31%, growth, down from the prior year’s 37% growth. While 26% is still very impressive revenue growth, with nearly 75% gross margins, it’s important to note that this is on a low single-digit revenue base. With the stock trading at current levels, it is discounting a lot of good news, and is clearly priced for perfection.

If I were inclined to play for a retracement of some of the stock’s recent gains back towards the January 31st gap in the mid $170s (on competitors ServiceNow’s better than expected results) I might consider the following trade idea in March 15th expiration:

Rationale: this trade idea risks less than 4% of the stock price to make a two week bet into a potentially volatile event that the stock can decrease by 10%.

Or if I were inclined to do make a defined risk bullish bet I might consider just a one-day binary trade with calls… for instance:

Rationale: this trade is very binary, risking 2.5% of the stock price to possibly make up to 7.5%. If you get the direction wrong tomorrow this trade will be a total loser by lunchtime…