The U.S. stock market has gotten a boost this week, with the S&P 500 (SPX) gaining a little more than 2% as it appears that President trump will not shut down the government again over not getting funding for a border wall, while he also suggested that the March 1st deadline to impose tariffs on another $200 billion in goods from China might be pushed out. 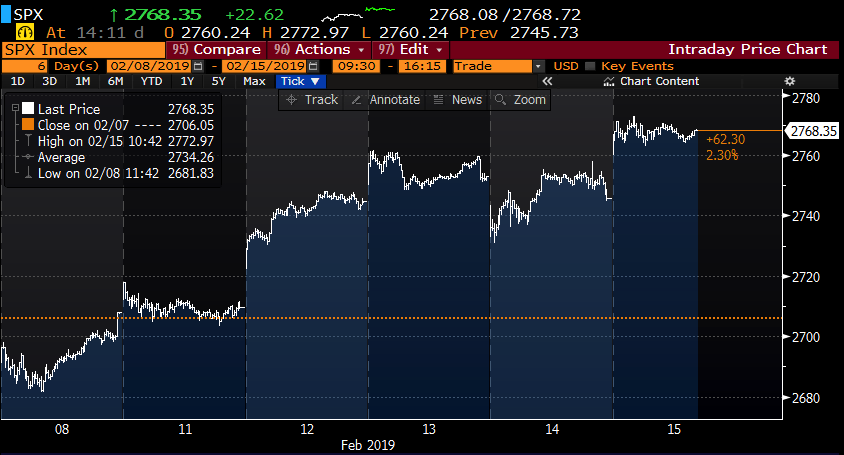 The SPX is now up 18% from its Christmas lows, above its 200-day moving average for the first time since December 4th, the day after the G-20 summit in Argentina where the President claimed to have a trade deal with China, which investors quickly rejected and started the worst one month sell-off in years. Traders are eyeing 2800 as the next real technical resistance level: 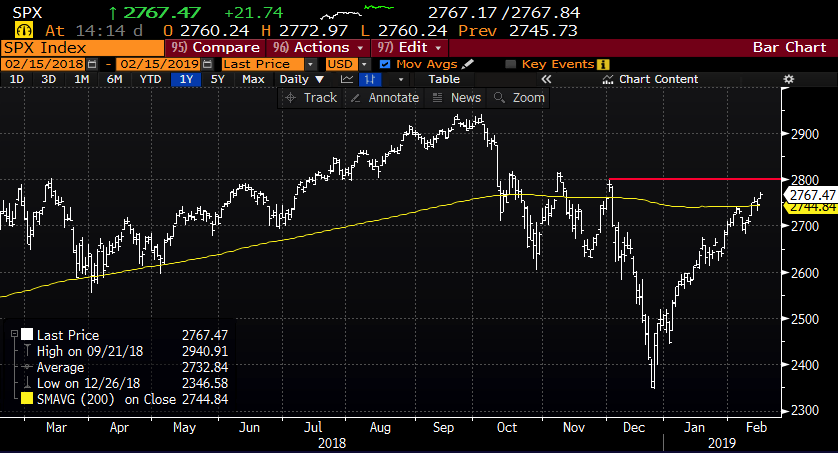 I would also add that the combination of positive sentiment about averting another shutdown, and the hope of a trade deal with China fly in the face of yesterday’s eye-popping poor retails sales data for December that fake economists like the National Economic Advisor Larry Kudlow called “glitchy”. The SPX is now just 5.5% from its all-time highs made in September, but some consumer stocks like Nike (NKE), thought to benefit from a trade deal have recouped all of their losses from their prior highs, up 15% on the year, and up 30% from its lows. NKE paused at a curious spot: 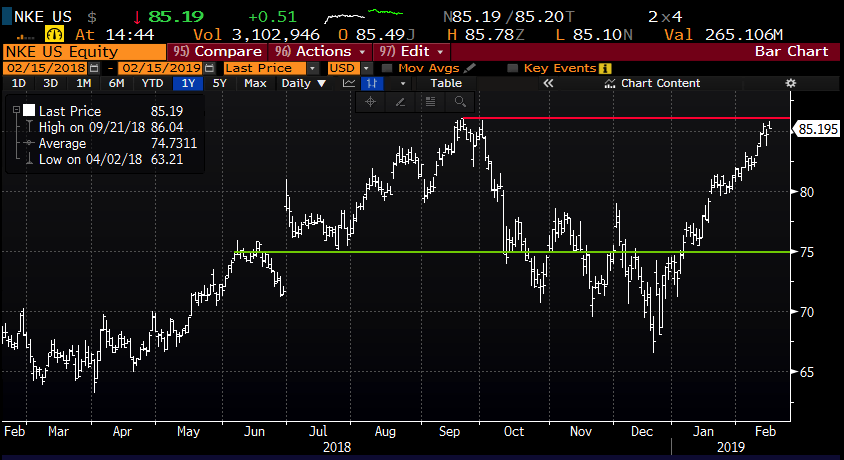 If trade negations were to take a turn for the worse, investors might start to reconsider the potential for follow-through of the positive commentary that NKE last gave on their Q2 earnings call on December 20th (when the stock was in the high $60s). What stuck out from their Q2 results was the 31% year over year sales growth in China, 14% sales growth in Europe and the Middle East, and the 9% sales growth in North America. I guess what’s important here is the timing of their earnings and guidance, a couple days before the U.S. government shutdown and two weeks before Apple’s massive revenue preannouncement that was largely blamed on weak sales in China. NKE gets 60% of their sales outside the U.S. and the combination of trade tensions weighing on the global economy and the strength of the U.S. Dollar, any lack of clarity on the withdrawal of tariffs might start to weigh on U.S. multinationals like NKE. Oh and NKE trades about 32x the current fiscal 2019 eps estimates for growth of 12% and 27x FY2020 expected eps growth of 18%, which might be a tad high given the start of the global economy. The current P/E is at a 10-year high: 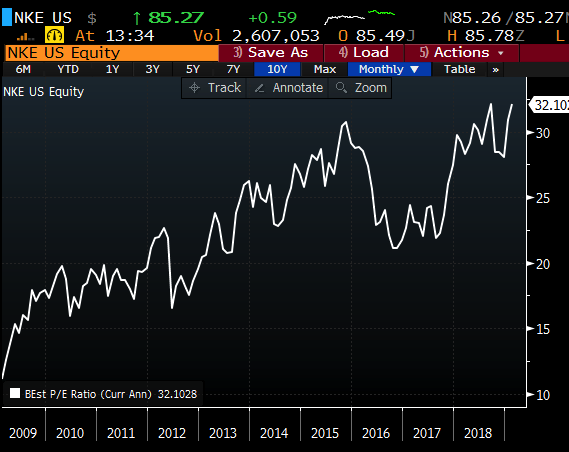 Aside from trade headlines, the next identifiable catalyst will be their Q3 earnings that should fall in the third week of March.

So what’s the trade? Play for a move over the next two months back towards $75, which from the chart above appears to be decent near term technical support: