Earlier today I previewed Activision Blizzard’s Q4 earnings do out after the close (read here).

The options market is implying about a $4 move in direction tomorrow, or about 10%, which is nearly double the average one-day post-earnings move over the last four quarters, and the last ten years.

Given the stock’s aggressive weakness, poor investor sentiment to the stock and its group, and the plethora of bad news over the last couple months, the stock, in my opinion, does not set up as a good near term short into the print, despite how bearish one may be about their forward guidance.

But depending on one’s directional inclination in the stock, there are two trade scenarios that make sense, one for bulls and one for bears.

First, BULLISH, if I were considering a contrarian bullish trade into the print I might consider playing for a move back towards the high $40s in the coming weeks, first filling in the gap from last week at $48, and then possibly going for the Jan 11th gap near $51: 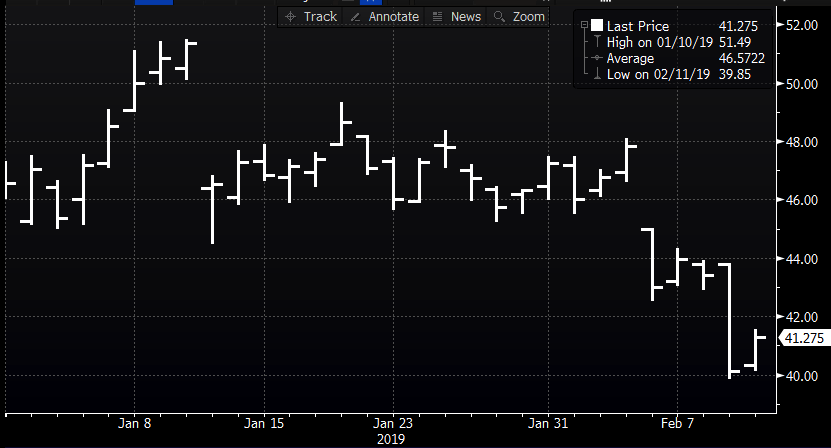 Regular readers know that we are not huge fans of long premium directional trades into events like earnings, especially when implied movement is elevated as is the case with ATVI. You need to get a lot of things right to merely break-even, direction first and foremost, the magnitude of the move and timing. Trades like this are for those who have a lot of conviction on the outcome of an event.

Bearish – Or for those who think that the stock’ bounce yesterday off of a two-year low at $40 will be shortlived and that a miss and guide down will send the stock careening though support on its way back to the mid to low $30s, consider…

Rationale: this trade idea risks 4% of the stock price with a break-even down 7.2%. Risking 1 to possibly make up to 3.4x the premium at risk if the stock is down 21% in a month. Not a fantastic risk-reward as the options market is saying there is only about a 33% chance this trade idea is breakeven on March expiration. 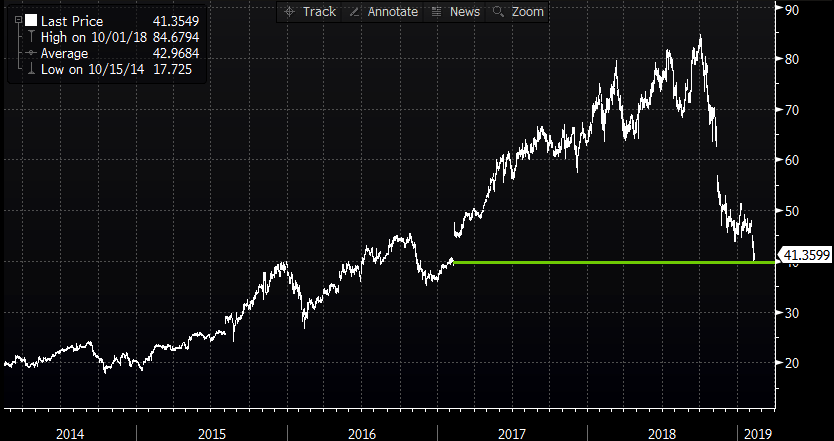 Or lastly, if you were leaning bearish but think the stock could bounce after results because there is a lot of bad news in the stock near term, but want to finance owning out of the money puts for a later date… consider diagnonal put calendars… for instance:

The ideal scenario is that ATVI stock is above 37.50 on Feb expiration and the short 37.50 put expires worthless or can be covered for a small amount and you are left long March 40 put for 1.50 or about 3.5% of the stock price. This trade looks to take advantage of near term elevated premiums by targeting a move in-line with the implied move. The max risk to this trade idea is the 1.50 which would be imperiled on a dramatic move higher, or lower, but does very well if the stock were 38 on Friday as the long March calls would pick up deltas, offsetting post earnings vol crush while the short, short-dated puts would be nearly worthless.