Johnson & Johnson (JNJ) will report their Q4 results Tuesday before the open. The options market is implying about a $4, or about a 3% move in either direction between now and next Friday’s close. With Monday closed for the MLK holiday, it is safe to assume that most of the implied weekly movement is for the stock’s post-earnings reaction. JNJ on average has moved about 2.6% over the last four quarters.

This earnings report might be of particular interest to investors following the stock’s 10% one-day implosion last month following a report from Reuters suggesting that the company knew for decades that its baby powder contained asbestos.

While the stock’s one day decline happened to take place just as the broad market was rolling over, aside from the Christmas Massacre, it has been trading in a fairly tight range since the one day plunge: 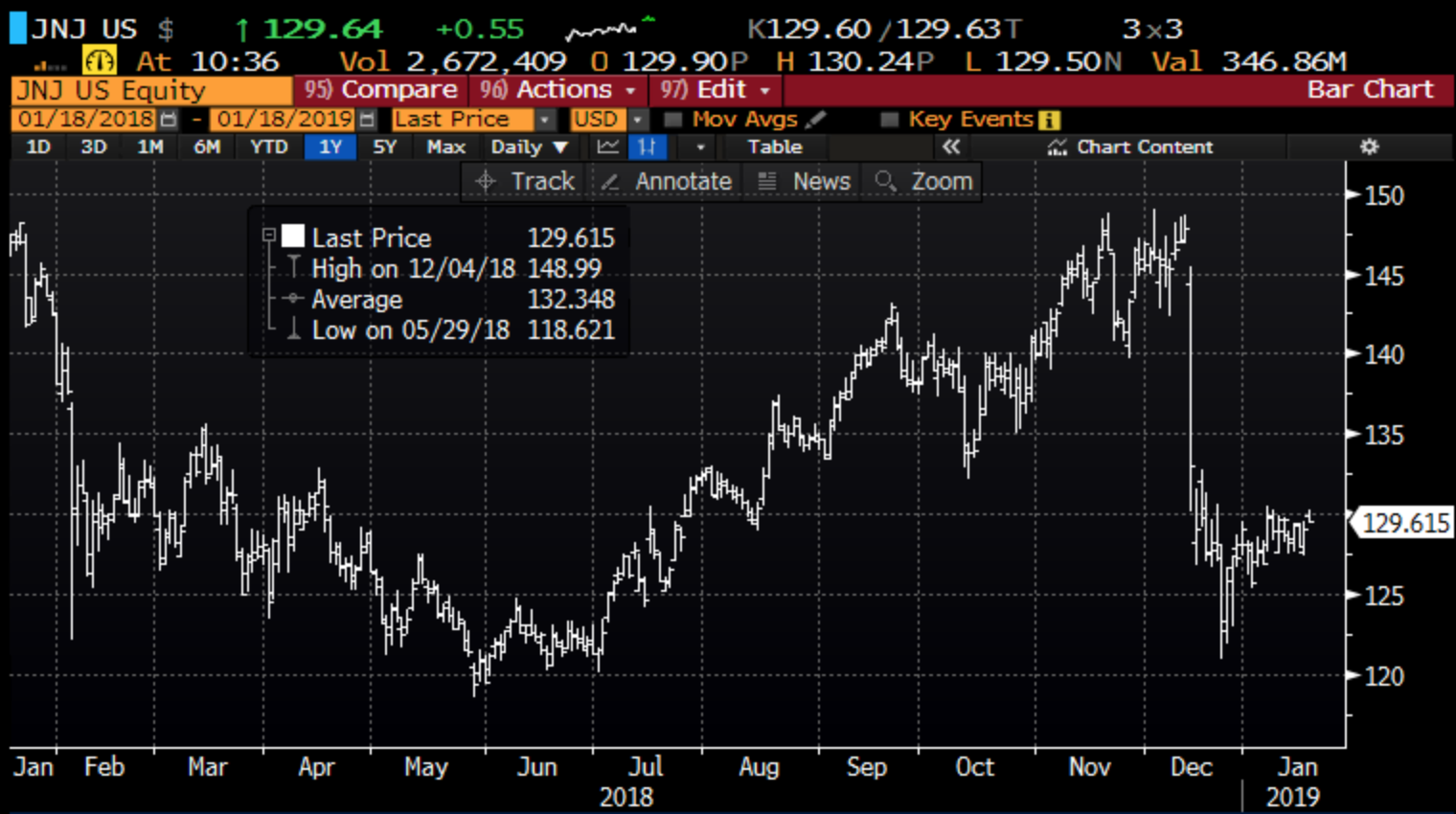 Taking a longer-term view, JNJ might have found support right where it should have in the low $120s: 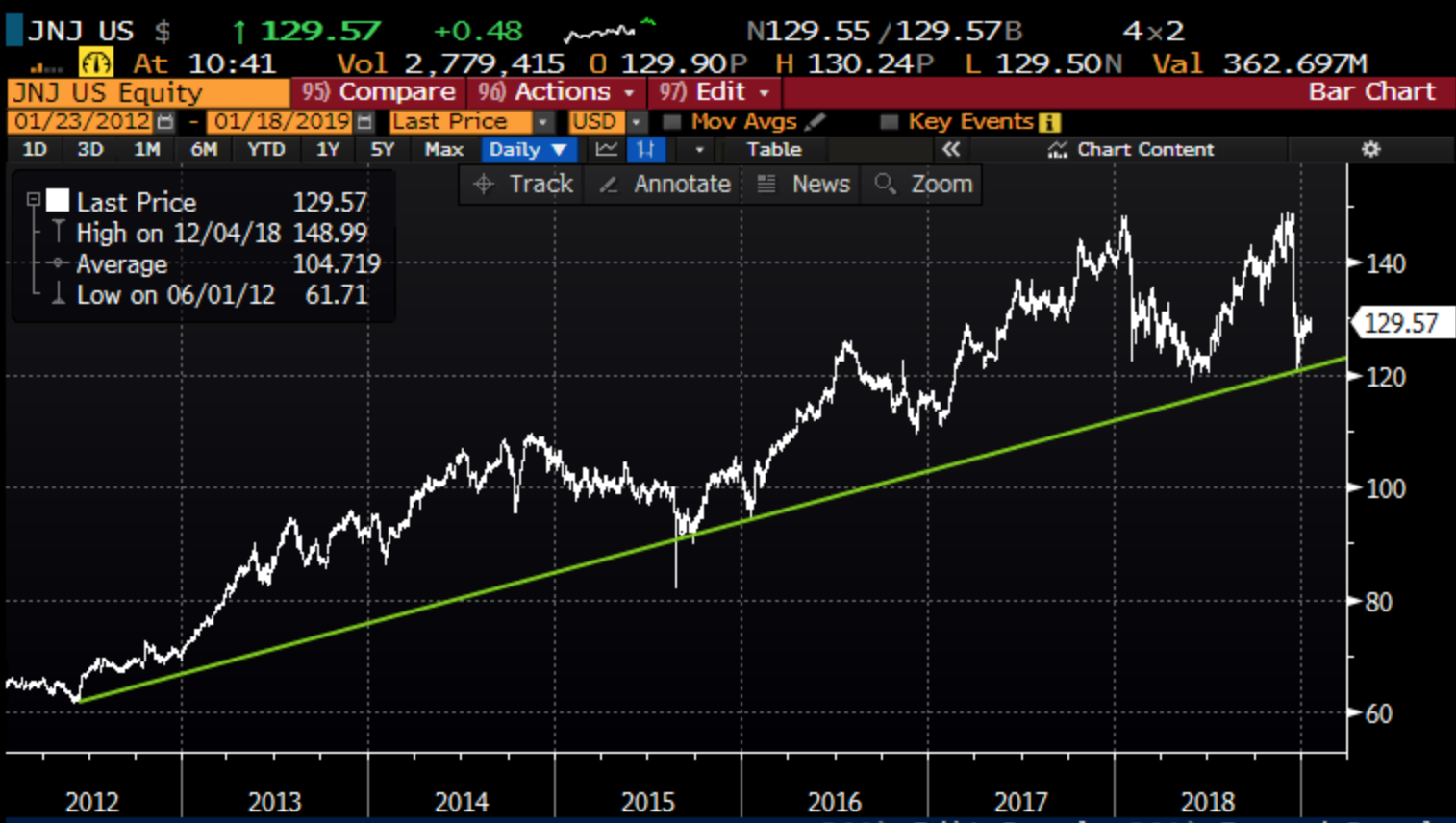 While bulls suggested that there was very little new in the Reuters piece, bears argue that the estimates relating to potential damages could currently be too low. Wall Street analysts are fairly mixed on the stock with 10 Buy ratings, 10 Holds and 1 Sell. Shares of JNJ trade at about 15x expected 2019 eps growth of 5% on 2% expected sales growth. While the stock is not exactly expensive, very near a market multiple, its trading very near the average of the last three years.

With all the unknowns regarding the asbestos case into the print, to my eye over the next couple months, the upside-downside risks look fairly balanced at about $10 in either direction, back up to the Dec breakdown level, or back down towards last month’s lows. Short-dated options prices have come in fairly substantially in the last month, but with 30-day at the money implied volatility in JNJ just below 20%, they still reflect this near-term uncertainty.

If I were inclined to play for a bounce back towards $140 in the coming months, I might look to March expiration and give the story some time to recover.

Rationale: this trade risks less than 1% of the stock price to make a bullish bet for the next two months that the stock can re-bound back to $140. This is not a high probability bet as the options market is suggesting about a 30% chance the stock is 135 on March expiration. But we are in a whippy market, and if there was any clarity on the asbestos situation, and the company were to post good earnings and guidance next week, the stock would quickly be on its way back to $135 and possibly $140 in the weeks to come.

This is a bit of a punt as a trader might say. Not willing to risk some meaty premium near-dated and near the money, but willing to throw something up against the wall and see what might stick.