Carnival Corp (CCL), the cruise line operator will report their fiscal Q4 results tomorrow before the open. The options market is implying about a 4.5% one day move tomorrow which is essentially in line with the average over the last four quarters, although I will add that the stock has declined the day of the last three earnings reports, with those declines averaging about 4.6%, which is well above the 3.3% average over the last ten years.

Shares of CCL are down nearly 15% on the year, and down about 22% from its 52-week and all-time high made back in late January. The stock is in a pretty well-defined downtrend from the highs with some fit and starts like the late Sept short-lived break of the downtrend when the market was making new highs only to be rejected with a massive earnings gap that ultimately led to a new lower low. With the stock now above the downtrend, might it now serve as support? 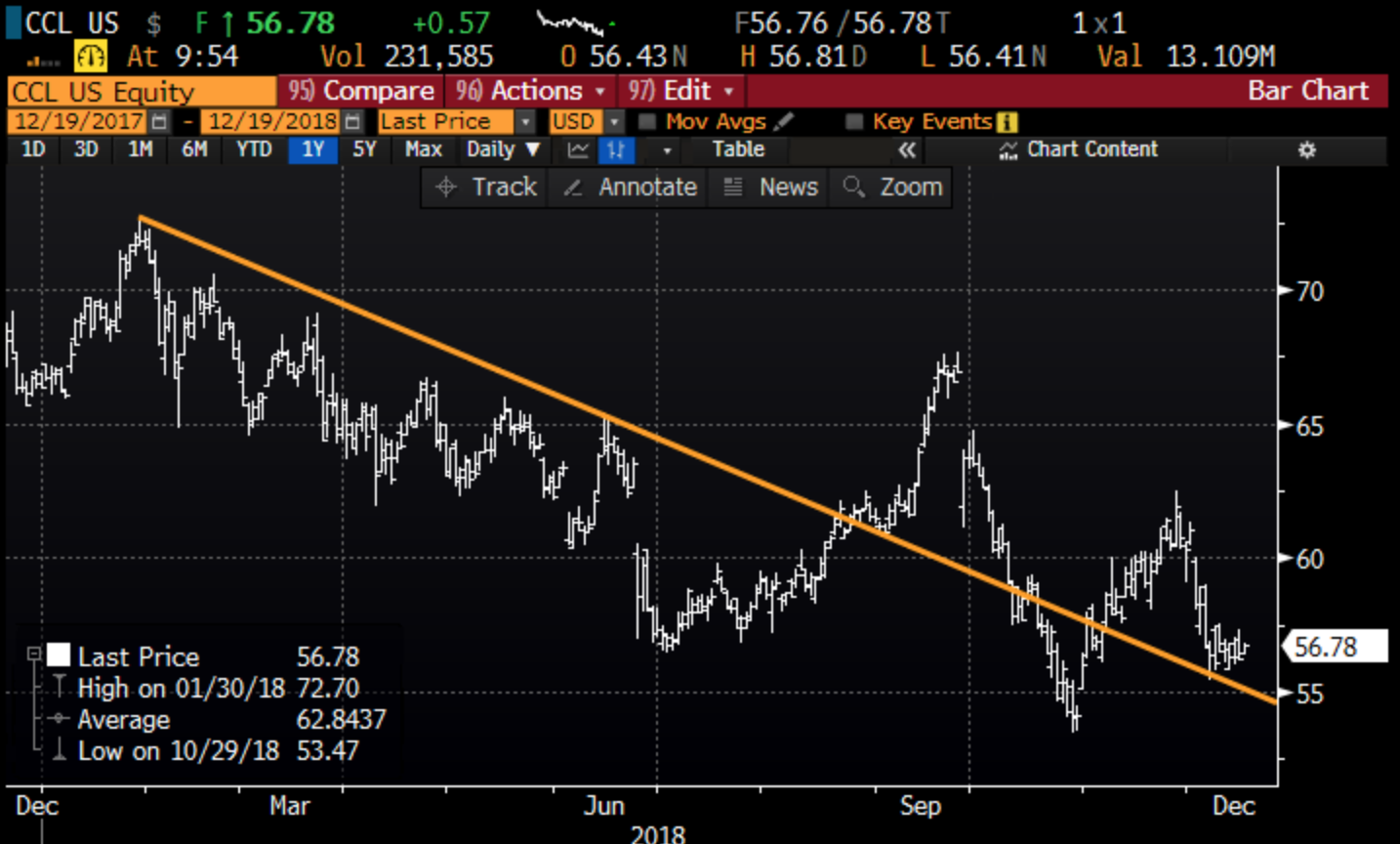 The five-year chart also shows the stock to be at an important technical level as it flirts with the early 2017 breakout level: 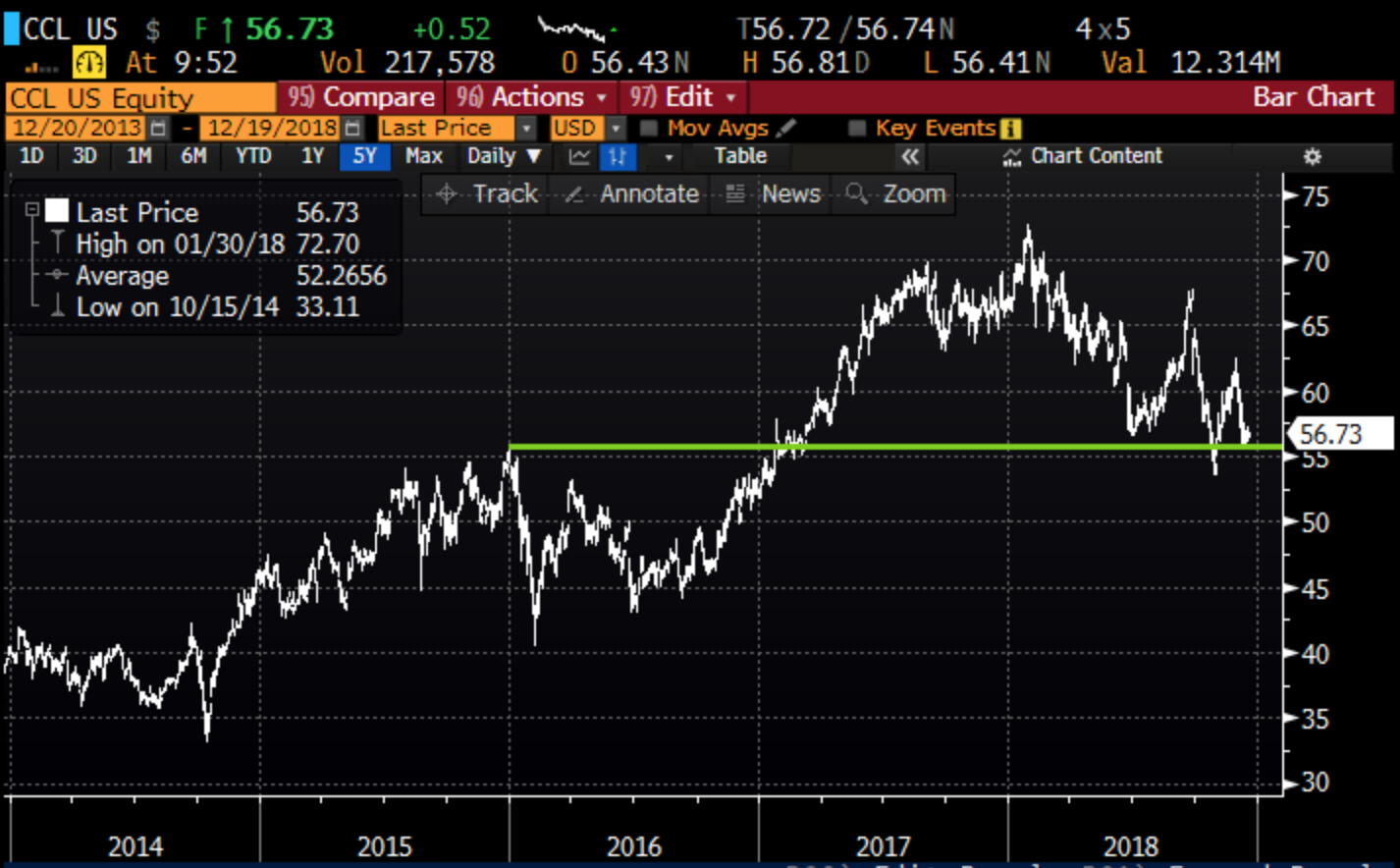 But the most important chart for CCL’s forward guidance might prove to be the one year of Crude Oil overlayed with the U.S. Dollar. CCL gets a little more than 50% of their sales from overseas, so the dollar’s strength of late may make year over year comparisons tough as we head into 2019. Yet on the flipside a massive input cost, fuel, as gotten absolutely destroyed over the last two months, with Crude down 40%. Will these off-set each other as it relates to guidance? 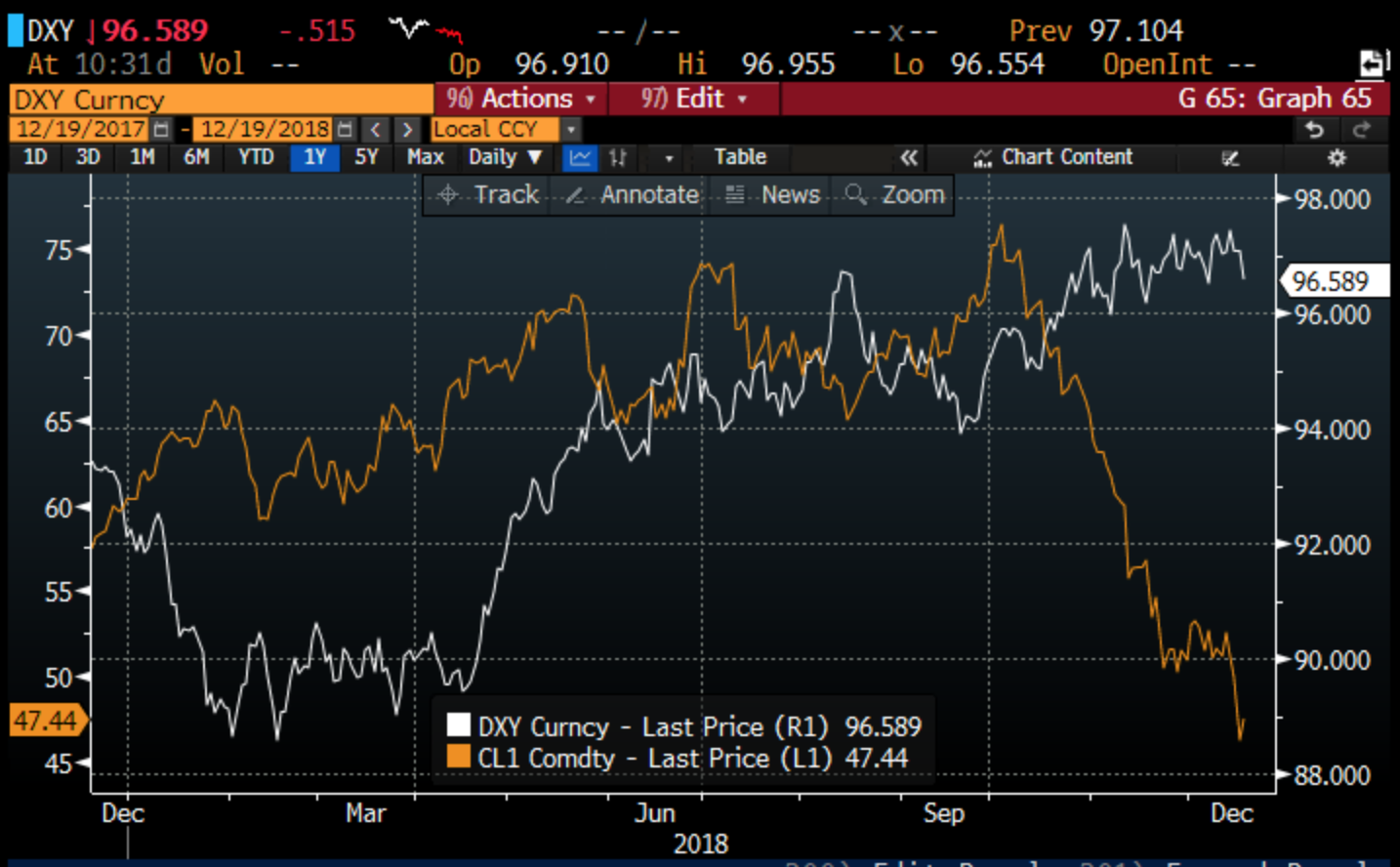 So what’s the trade? It’s hard not to consider Fedex’s 9% decline today off of disappointing earnings and guidance and not extrapolate to a company like CCL despite being in very different businesses. Even with the recent weakness in crude the company was not able to have the perceived benefits outweigh fears of weaker global growth and the adverse effects of a strong dollar for a company that also gets half of their sales outside the U.S.

If I were inclined to play for a bounce inline with the implied move of about $3 or 4.5% I might consider a weekly call spread… for instance:

Rationale: this trade idea risks $1 or less than 2% for two days and offers a potential profit of up to $2 or 3.8% if the stock is up in line with the implied move.

As mentioned above, options premiums are expensive, and to do a trade like this you need to have a lot of conviction that the stock will fo higher after the report as you not only need to get the direction right but you need to have the stock go up almost 2% in two days to merely break even.

Options premiums are elevated because investors fear the sort of move that FDX is having today on a miss and guide lower that looked to be priced in yesterday prior to their report. If Ii were inclined to press an already weak name like CCL into an event like earnings I would definitely do so with defined risk, and risk what I was willing to lose. For instance…

Rationale: this trade idea offers a similar risk-reward to the call spread detailed above targeting a very similar move in line with the implied earnings move. The same disclaimer above applies to this bearish idea.