While U.S. financial markets are limping into the close of the year, with major equity markets desperately trying to avoid a close in the red for the year, next week will prove to be a pivotal catalyst for that result with two potentially market moving events, First, the Federal Reserve will start their final meeting of the year on Tuesday and conclude with Fed Chair Jerome Powell hosting a press conference Wednesday afternoon December 19th. All of this will likely take place with increased public criticism by President trump in the lead up to the decision (Fed Fund Futures are pricing a 74% probability that the Fed will hike 25 basis points), who has been very vocal about his view that the Fed should not raise rates. Oh and by Friday, December 21st trump will need to cave on demanding $5 billion in funding in next year’s budget to avoid a partial government shutdown at end of day.

As the SPY, the etf that tracks the S&P 500 index approaches a near 7-month closing low, placing it down more than 11% from its all-time high made on September 20th, and down about 2.5% on the year as I write, lets take a quick look at what lies beneath the current levels in the S&P 500 (SPX). First obviously the closing low from February and early April near $257.50 is an important psychological level for traders, and then the intraday low near $253: 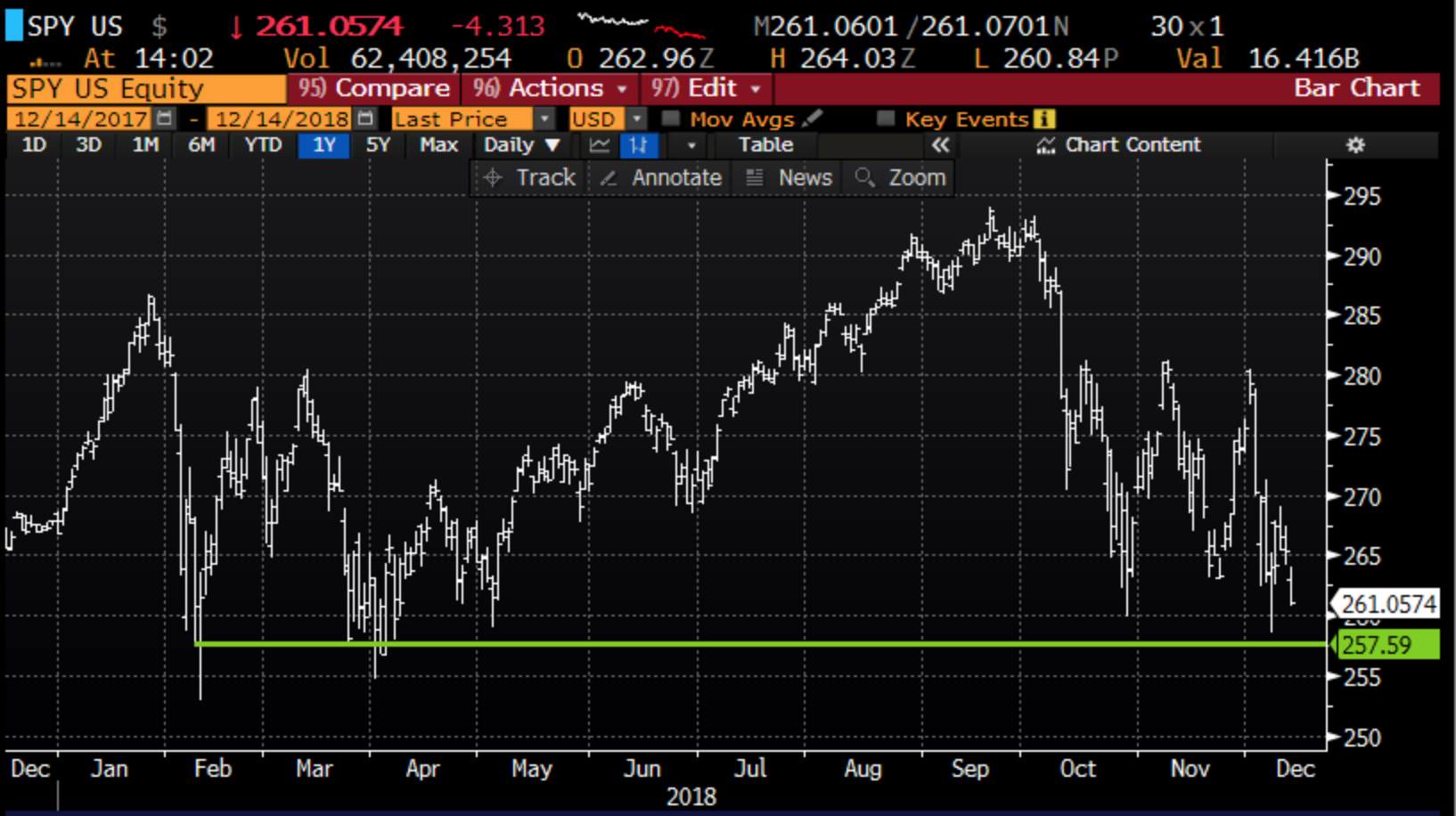 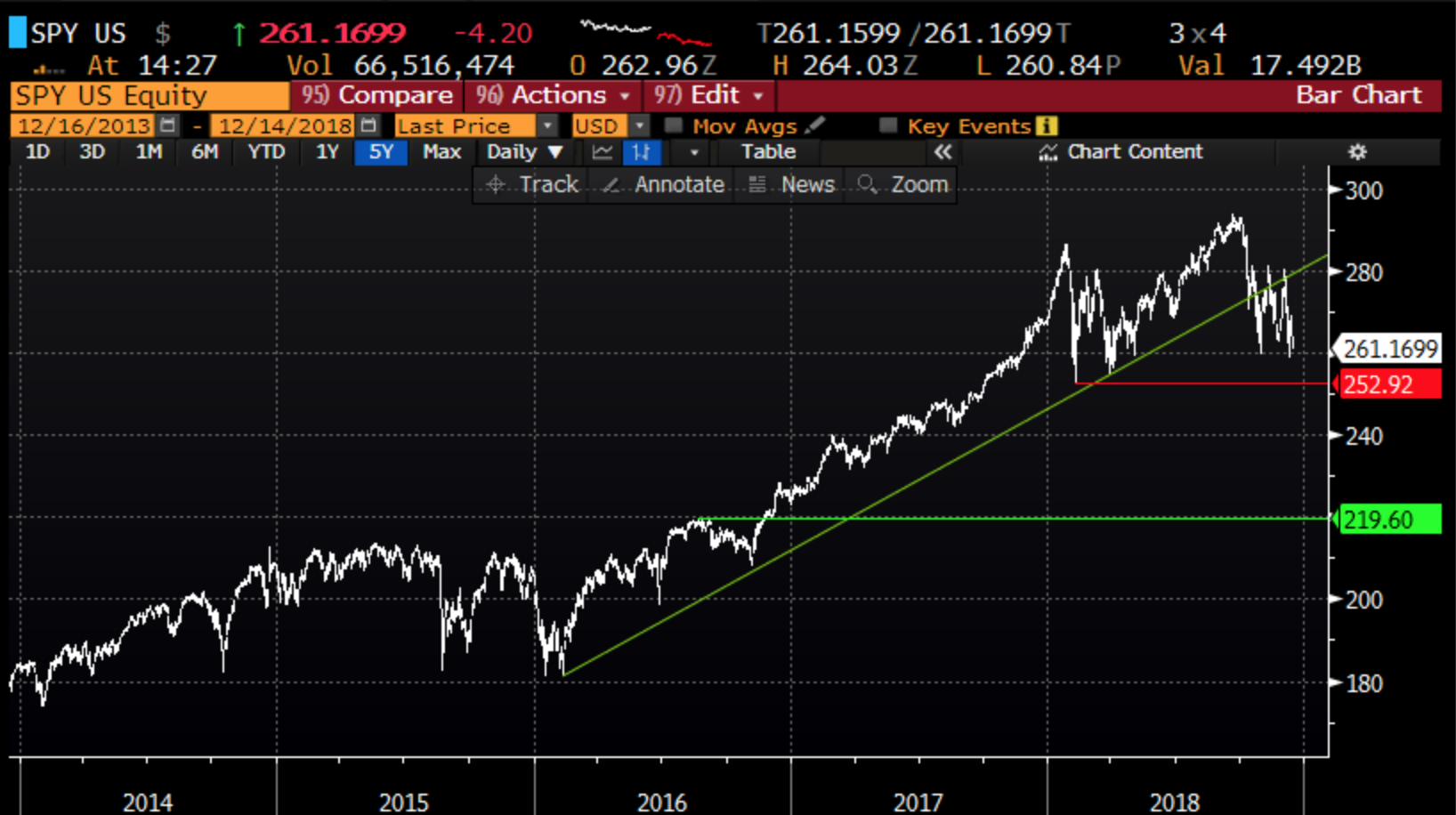 If you were of the mindset that trump’s presidency is in an increasingly compromised position which could cause him to become increasingly erratic on issues such as the budget/government shutdown, trade, Fed policy, foreign policy and the general rule of law, then it might make sense to seek some near-term protection in the SPY.

Rationale: this hedge idea risks a little less than 3% of the etf price for downside protection down 15%

Disclaimer: I thnk it is important to consider that the while the SPX is in correction territory (it has just given back all of the gains of two rallies this year and dug into a little of last year’s nearly 20% gain), it is not a disaster yet, unless you got loaded long at the highs. So the idea of being tactical into a very uncertain time as it relates to China trade and the future of this presidency makes sense to protect a portfolio of stocks.