FDX reports Tuesday after the close. the options market is implying about a $10 move or about 5.5% in either direction. The stock on average has moved about 3.25% over the last 4-quarters, which is just shy of its 10-year average one-day post-earnings move of about 3.5%.

Since the December 3rd gap up opening the Monday morning after the G-20 where trump erroneously stated that we had some sort of trade-truce with China, shares of economically sensitive companies like FDX have gotten absolutely drilled since….FDX is down nearly 20% this month alone and down 31% from its all-time highs made in January, placing the stock down 25% on the year.

The one year chart below shows a very well-defined downtrend, a series of lower highs and lower lows from the all-time highs mde in January, with the bottom falling out this past month as investors fear a widening of trade tensions with China will continue to weight on global growth: 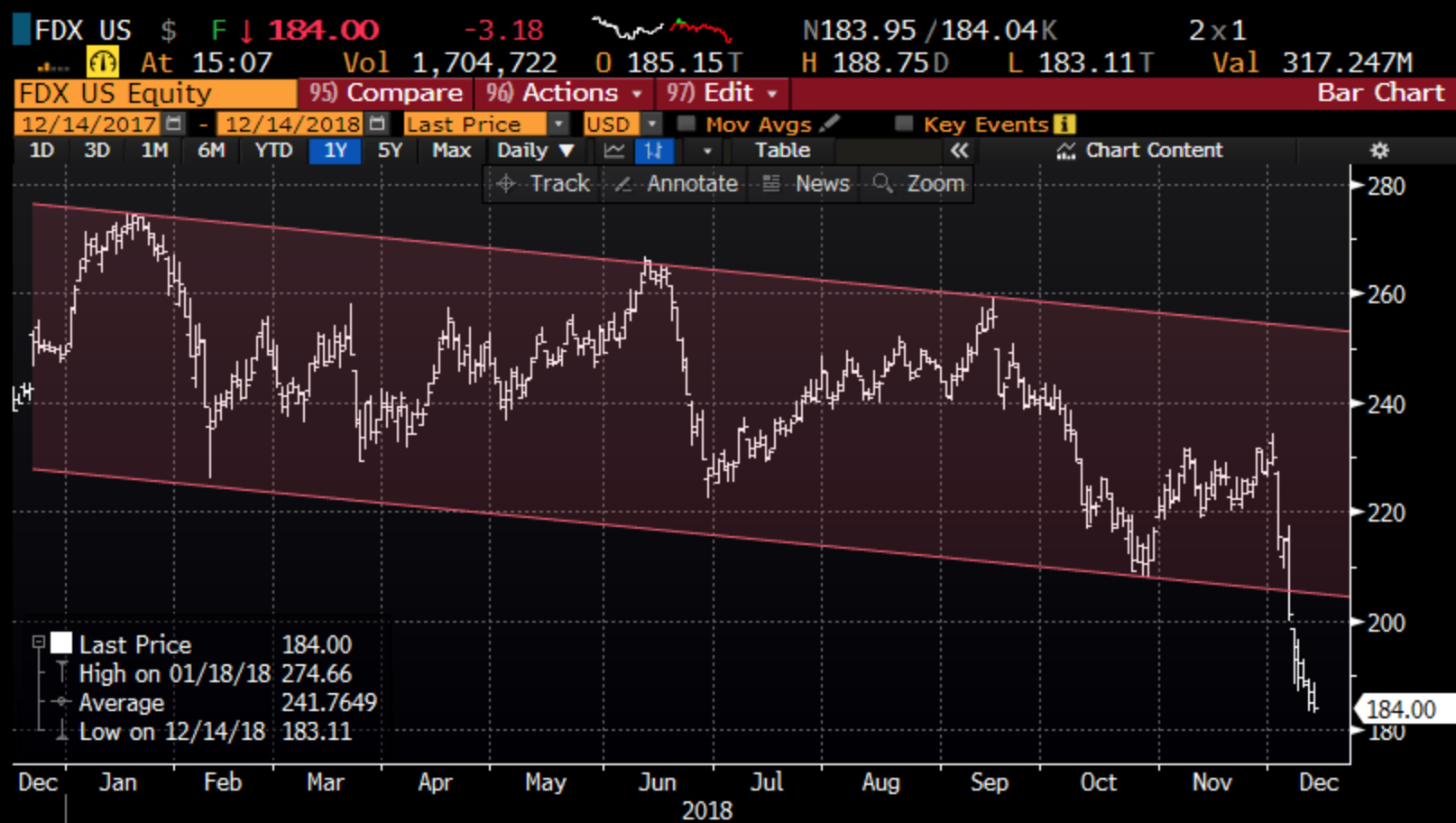 But the five-year chart below shows the stock at an intermediate-term basis at a very crucial support level ($185 – $180), albeit a potentially precarious one: 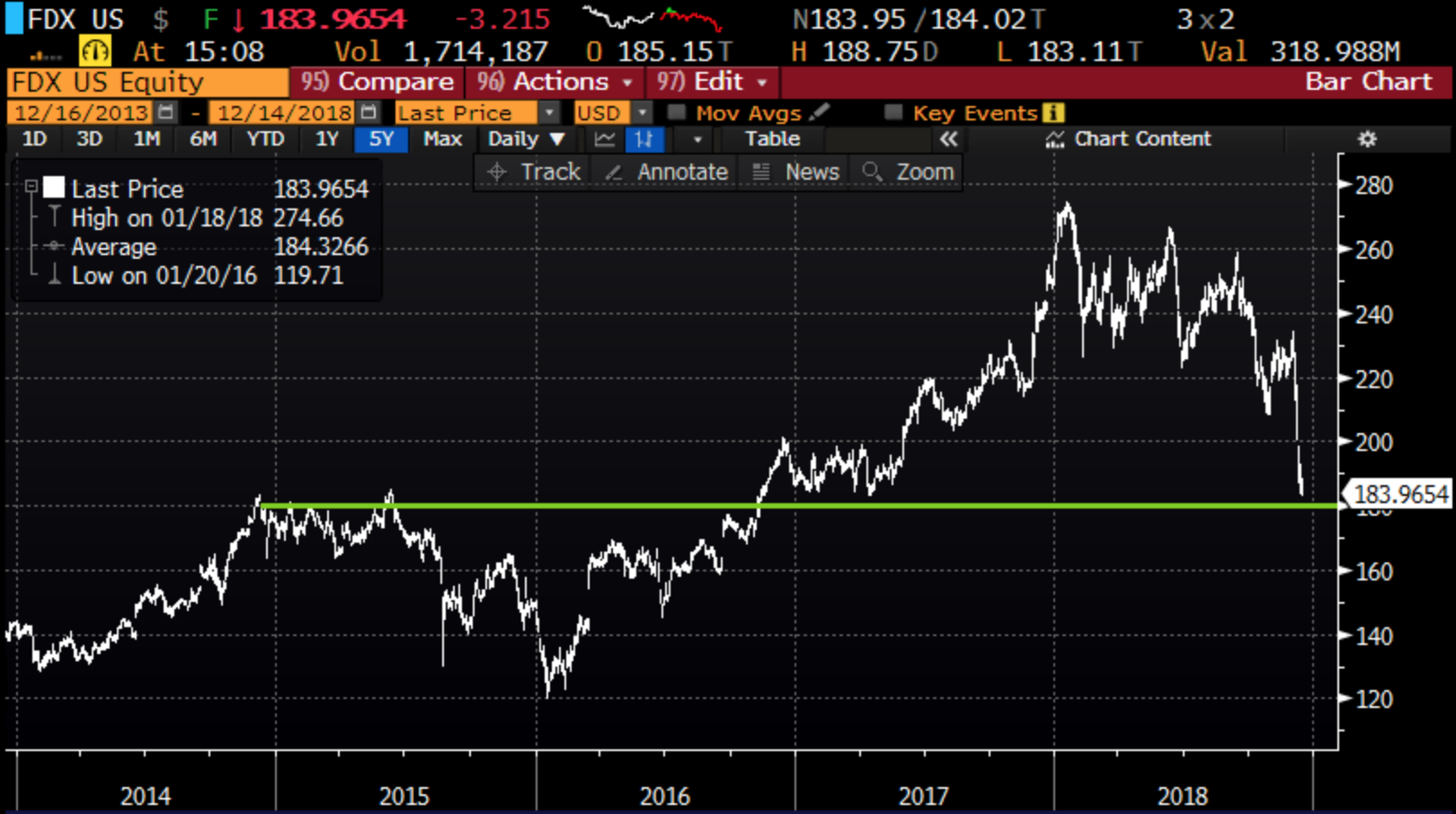 So here is the thing, if you think FDX is cheap, trading just below 11x expected FY2019 eps growth of 14% on 9% sales growth, and you think that those estimates for the current fiscal year are achievable and that at some point in the next couple of months we will get some resolution to the trade dispute with China, then FDX will be a stock investors come right back to in the new year.

If you want to be contrarian, making the assumption that a mild miss and guide lower is IN the stock after the last month’s decline, then I might consider a call calendar, selling shorter-dated out of the money calls to help finance a longer dated call of the same strike that may catch better times for the global economy and FDX in particular…

This trade performs best with a move towards the 195 strike over the next week into Dec 21st expiration. If the stock is below 195 on Dec expiration the short 195 call will expire worthless and the trade will be left naked long the Feb 195 call. If the stock is close to 195 then the Feb 195 call should have appreciated as it will have picked up deltas. At that point it might make sense to further reduce the premium at risk by selling a higher strike call in Feb turning the trade into a vertical call spread. The max risk of this trade is the $4.50 in premium paid, and would be at risk with a large move below the current level, or well above the 195 strike on Dec expiration.

Rationale: This trade idea risks 2.5% of the stock price to have some upside exposure for two months leaving a good bit of optionality if the stock holds here and rises less than 5% in the next week.