Utilities stocks, as measured by the XLU etf are one of the few bright spots today, trading up 1/2 a percent on a day U.S. stock markets are down about 2.5%. The XLU is up 9% on the year, and up 19% from its 52-week lows made in early February when stocks were in the throes of a 10% plus correction. 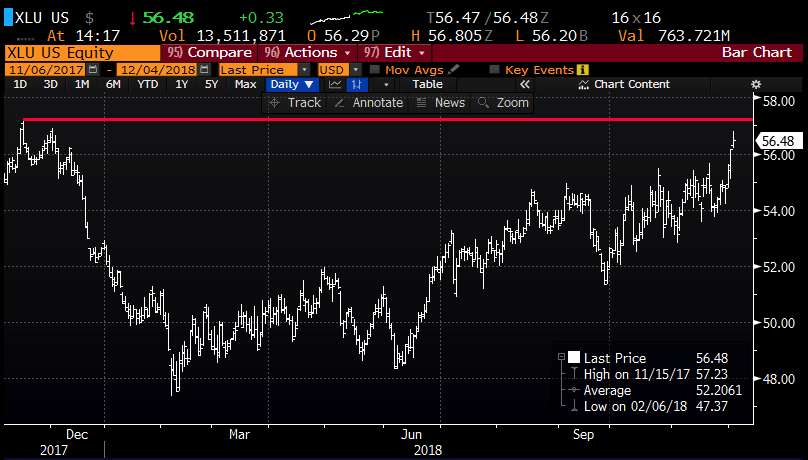 For the better part of the year, Utilities stocks were fairly well correlated until very recently… 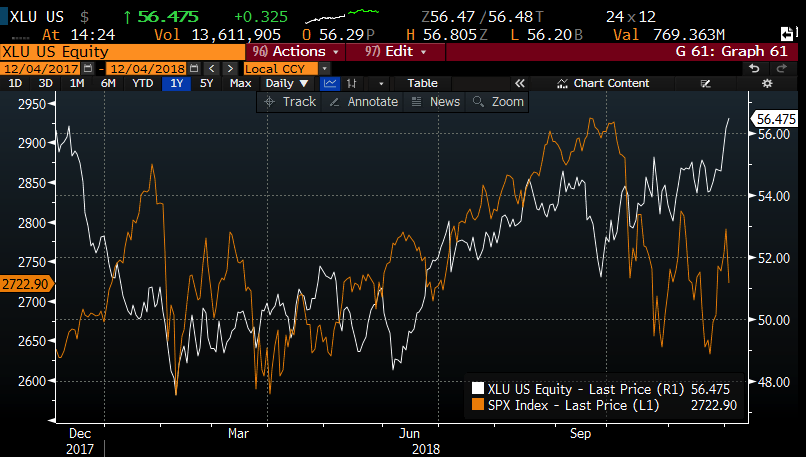 It’s interesting to go back and look a the 20-year chart of the XLU, which to my eye has shown some good relative strength as the S&P 500 (SPX) has topped out in the last two bear markets: 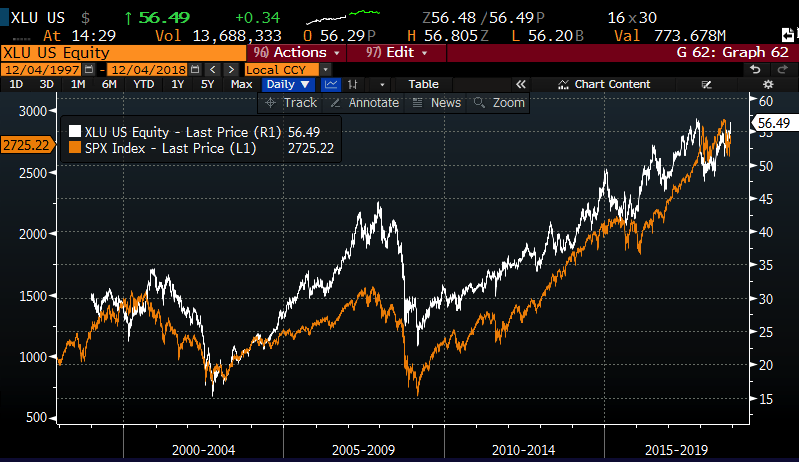 I guess that the most important takeaway is that when the XLU finally followed stocks into their bear markets, the peak to trough decline was fairly similar to that of the SPX: 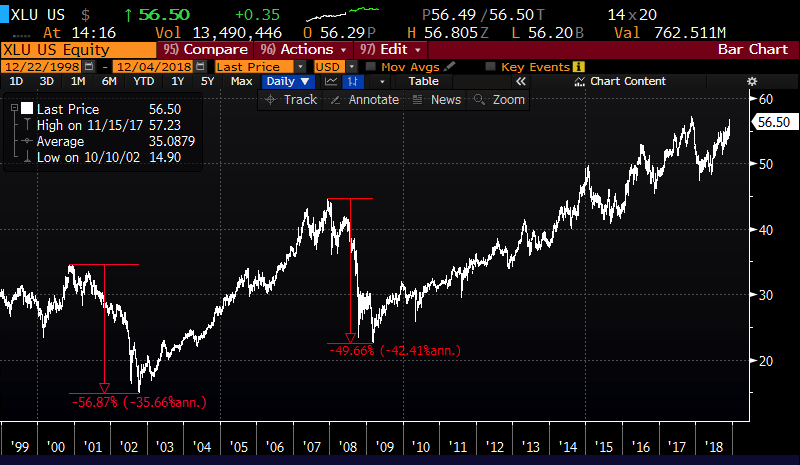 I guess the main takeaway is simple, while groups like utilities are deemed to be “defensive” ultimately if we have a prolonged correction they are likely to be very highly correlated to value and growth stocks.

Oh and one more thing, in a market that is in the midst of a retest of a fairly sharp correction of a month earlier, and the average stock in the SPX down more than 20%, short-dated options prices have shot up in most groups, making long premium directional bets harder to earn out. But in the case of XLU, short-dated options premiums (implied volatility, the price of options) are trading at the widest spread below realized volatility (how much the underlying is moving) about 13% to 16%, making long premium bets attractive for those with a directional view.

So what’s the trade? Defined risk bearish bets in the XLU make sense to me here for a couple of reasons. While there is obviously a chance that the SPX remains volatile into the new year, and investors continue to hide out in safety stocks and the XLU makes higher deliberate highs. But I think there are a couple ways you can win with XLU put spreads… first if the SPX were to find its footing in the next couple of months, there is a good chance that the XLU etf would pull back a bit, possibly to the low $50s. And Second, if the markets were to make lower lows, then history suggests that the XLU will follow suit.