Since making an all-time high on Oct 3rd, shares of Apple (AAPL) declined 20% to its lows on Wednesday, before finding a little support, right where it should have, at the intersection of the uptrend from its 52-week lows and the gap-fill from its fiscal Q3 earnings on August 1st: 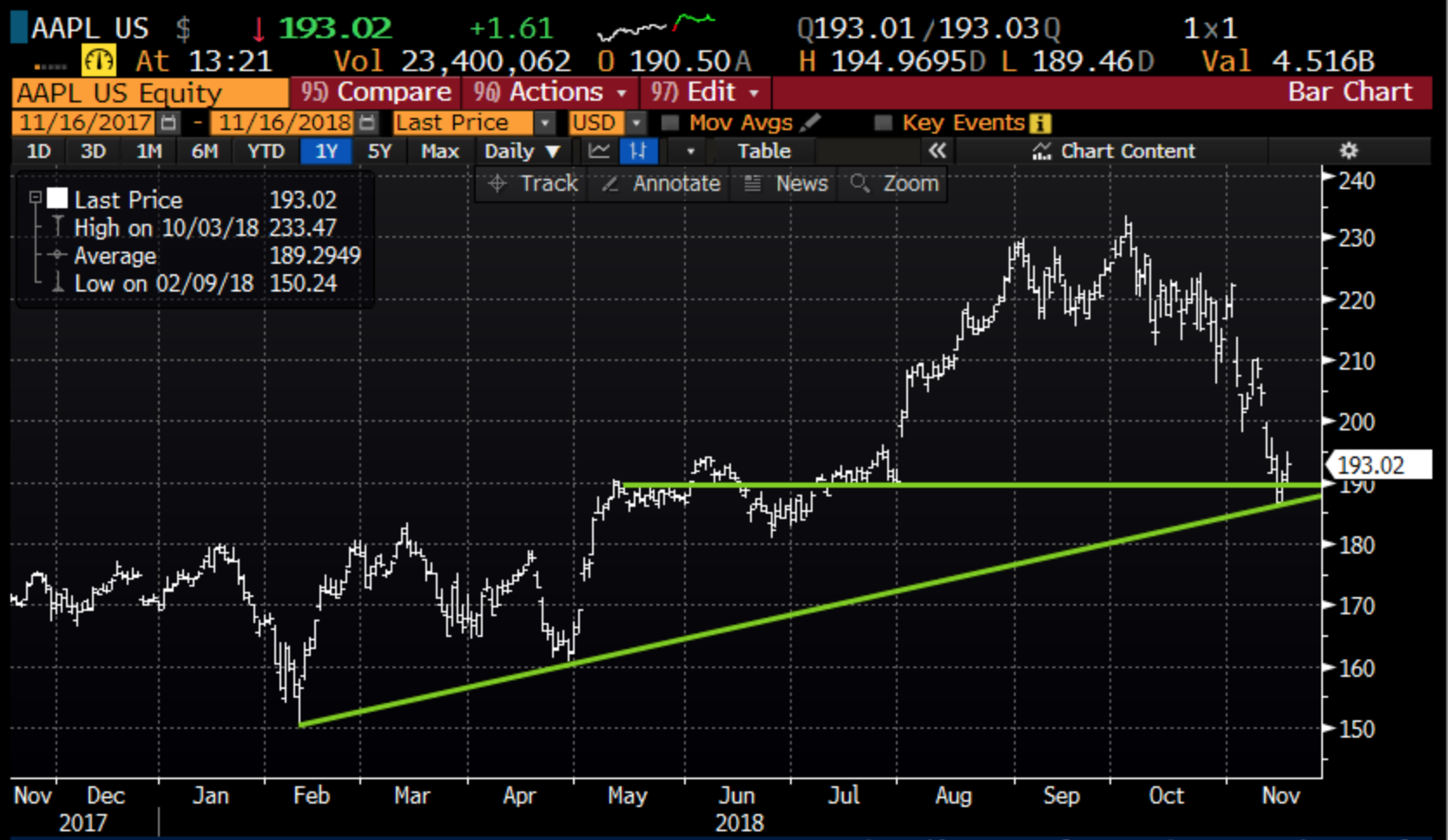 Investors remain concerned about the company’s slowing growth in iPhone units and their recent decision to stop reporting iPhone, iPad & Mac units, but unlike some of their mega-cap tech peers like Amazon (AMZN) and Alphabet (GOOGL) whose stocks have also pulled back a similar amount since reporting last month, AAPL has significant valuation support, and significant ability to accelerate share repurchases (which they have done in the past) to further support the stock with their $123 billion in net cash or $237 billion total. Since initiating their share repurchase the company has bought back $239 billion in stock, $73 billion in an accelerated fashion, suggesting they have the ability to be opportunistic. 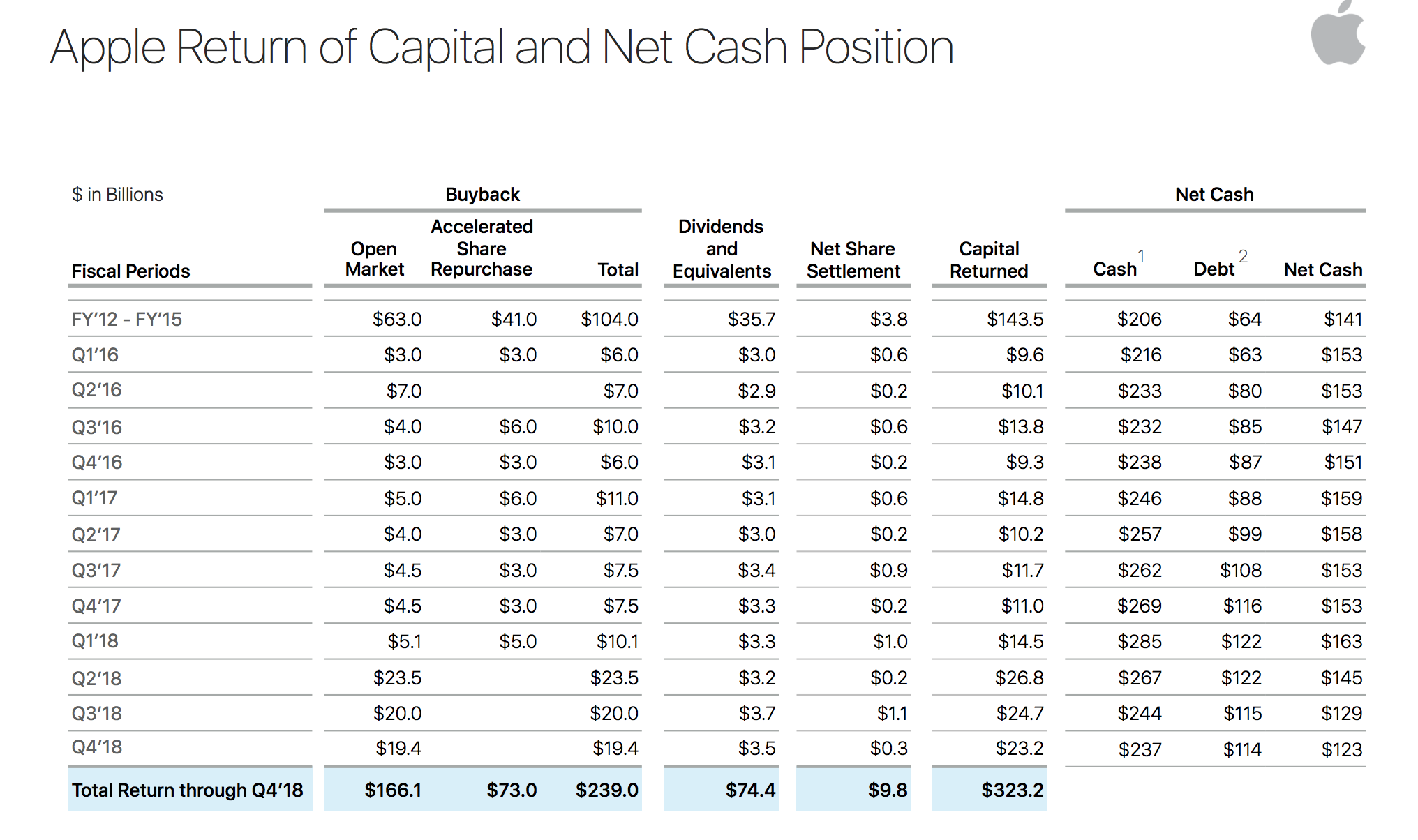 Near-term I might suspect that the company might consider defending the stock after such a sharp decline that they might not feel is warranted after the results and guidance they gave.

Also while the news on the earnings call gave investors to take profits, I suspect that the back and forth on trade issues with China has also weighed on the stock. Any clarity here between now and yearend and I think AAPL catches a bid. And lastly, holiday sales. Flat iPhone growth for the third consecutive year shows that AAPL is not growing market share in the developed world and that consumers are upgrading their phones less frequently, but the revenue they get from services (iTunes, Search revenue Pay) and their expanding hardware ecosystem (wearables, speakers, headphones) might cause investors to shift their unit focus to Average Revenue Per User (ARPU) and help investors value the company on recurring revenue as more consumers opt for their Upgrade Program, basically renting iPhone on a monthly basis, which should help value the company a bit higher than on a per unit hardware basis.

If the market were to find its footing into year-end AAPL could be on investors holiday buy list… I don’t think the stock is a buy here based on fundamental reasons above, I think the buyback narrative and the revaluation on ARPU rather than iPhone units will take some time to seep in, but I do think there is a chance that we have some favorable commentary (not action) on the trade front that might give stocks like AAPL a bid into yearend at a time when consumers are still spending.

If I were inclined to play for a near-term bounce, I would most defintely look to define my risk, and I might consider a Dec call spread targeting a 10% bounce, for instance…

Rationale: this trade idea risks 2.5% of the stock price with a break-even up 5%. The options market places about a 37% chance that this trade will be in the money on Dec expiration.