Nvidia (NVDA) the graphics chip maker is trading down 17% today on weaker than expected guidance, trading at new 52-week lows, down 43% from its all-time highs made on October 2nd. This is truly shocking price action, from 52-week highs to 52-week lows, in less than 6 weeks for a stock that was the best performing stock in the S&P 500 in 2016 and one of the top performers in 2017. Suffice it to say, shares of NVDA are still up 570% from their lows in 2016. 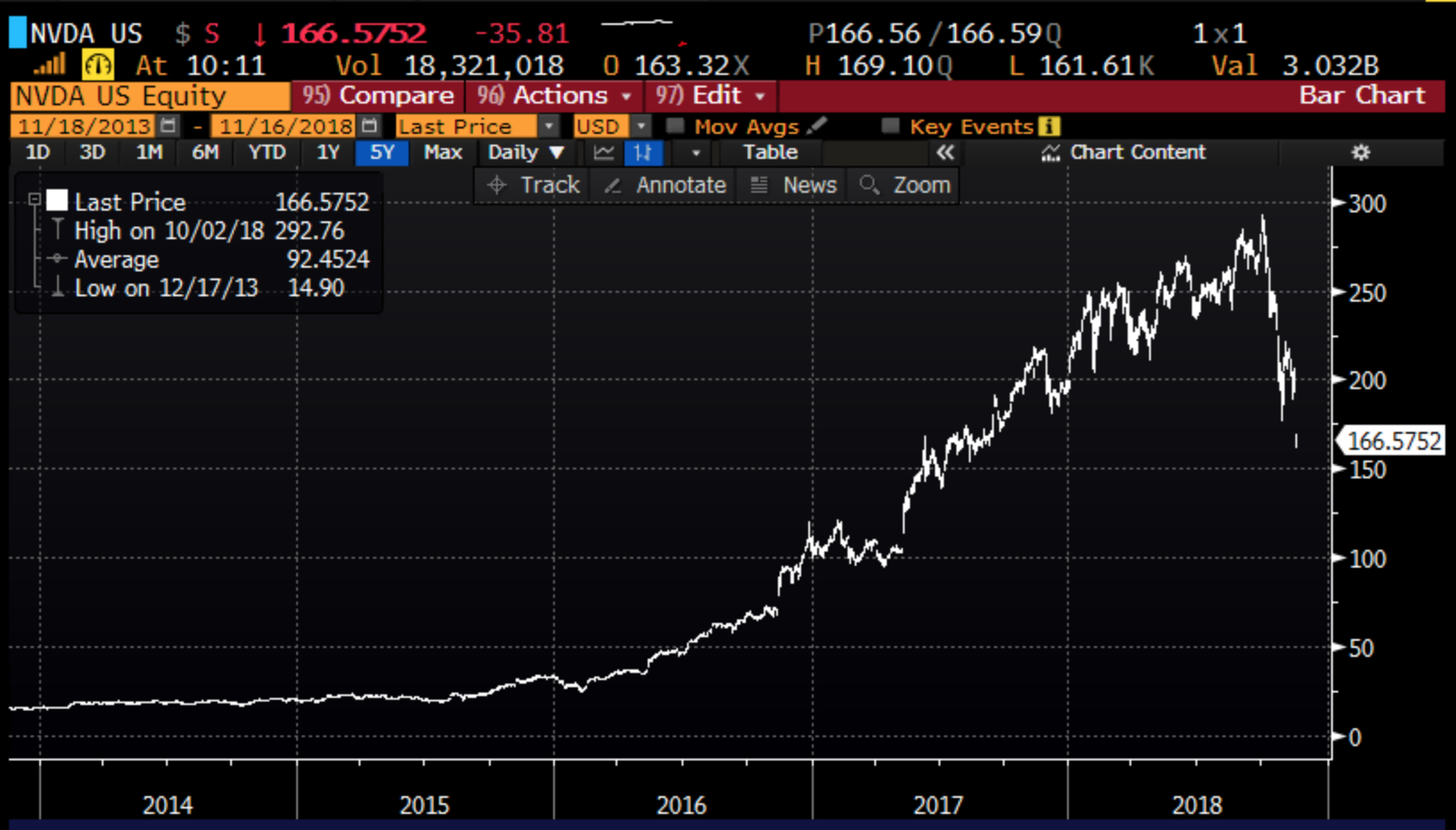 Of the mega-cap techs, Microsoft (MSFT) has been a massive outlier down only 7% from its 52-week and all-time highs, but there is one ‘cloud stock’ that I think is worth looking at prior to its next quarterly results as it might be setting up as the next one to break… and that is Adobe (ADBE).  While the stock is also in correction territory, down 14% from its 52-week and all-time highs made in Sept, it is still up 36% on the year. The company will report fiscal Q4 results on Dec 13th, but the company has already given FY2019 revenue guidance at their annual analyst meeting back on Oct 15th of 20% sales growth.

The question investors might have following results is whether or not the news is as good as it gets for a while for a stock that is expected to see meaningfully earnings growth deceleration (GAAP) from 54% in FY2018 to 20% in FY 2019, despite sales growth of 20%, the stock trades at nearly 11x those expected 2019 sales, 30x those expected earnings with the stock sporting a $117 billion market cap. Any whiff of those growth targets needing to be made up for in the back half of 2019 on the Q4 call and this stock is trading back near $200 in my opinion.

Near-term the stock has support, that to my eye looks precarious at best around $235, and an air pocket down to about $200: 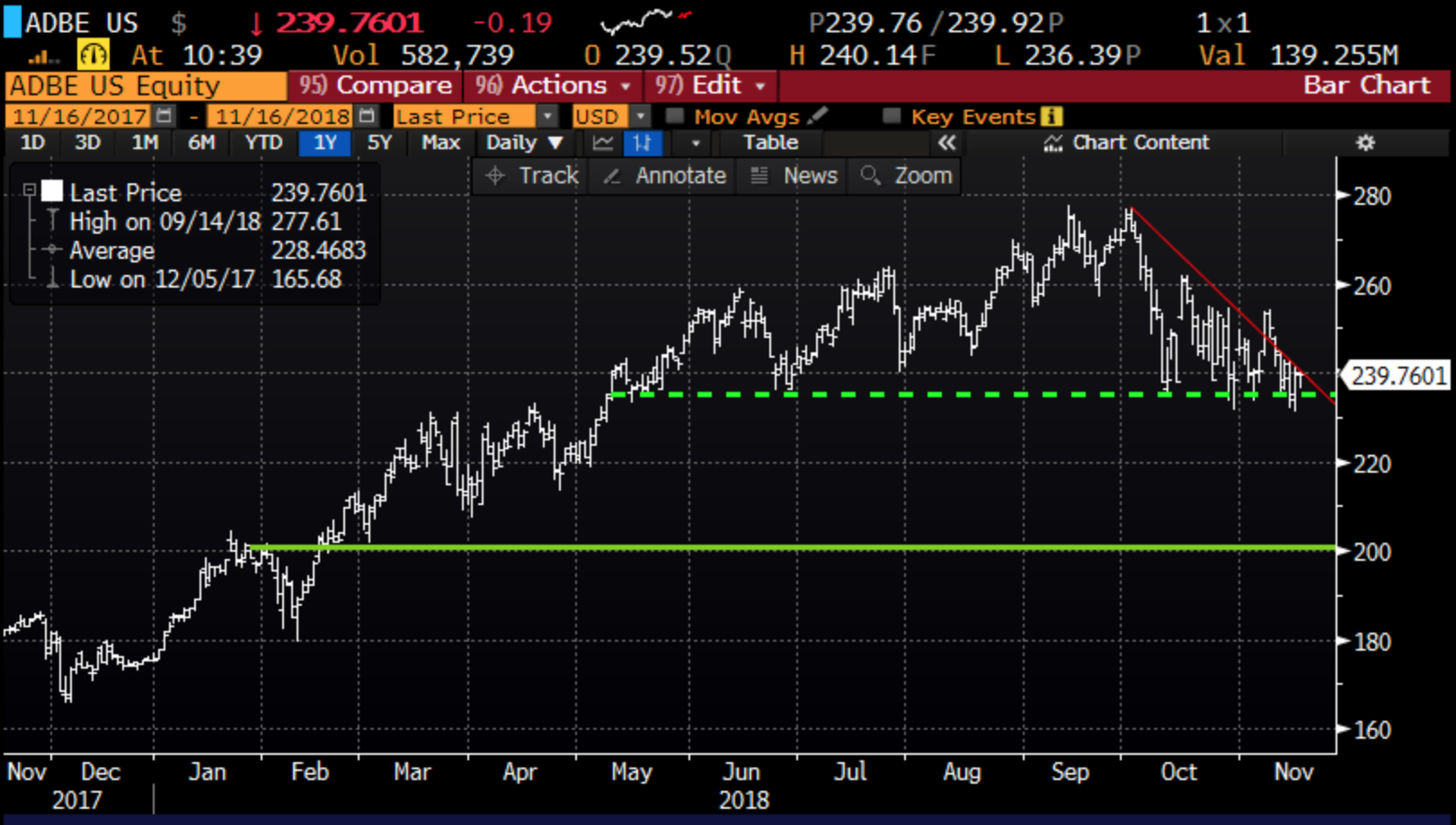 If you think there are other shoes to drop in high growth, high valuation tech, then ADBE should be a prime target based on a number of the factors detailed above, but most importantly that I am hard-pressed to think of what additional positive news the company can report that can get the stock moving higher in this environment…. If you agree that there is a sort of 1 up 2 down risk-reward set up, then it might make sense to target Dec expiration that captures FQ4 earnings and play for a break below $235 with defined risk:

Rationale: this trade idea risks 3.3% of the stock price, offering the potential of 12% profit if the stock is down 16% in the next five weeks. The options market is saying that there is about a 33% chance that this trade will be break-even on Dec expiration.