Back on August 9th shares of YELP rallied nearly 27% the day following better than expected Q2 results and bumped full-year guidance for 2018. Prior to the earnings gap, shares of YELP were trading very near a 52 week low, down on the year, and badly underperforming many of its publicly traded internet peers. Since the earnings gap, the stock has been volatile to say the least, having nearly filled in the entire gap last month, with the subsequent bounce in the last week placing the stock nearly  at the mid-point of the three-month range: 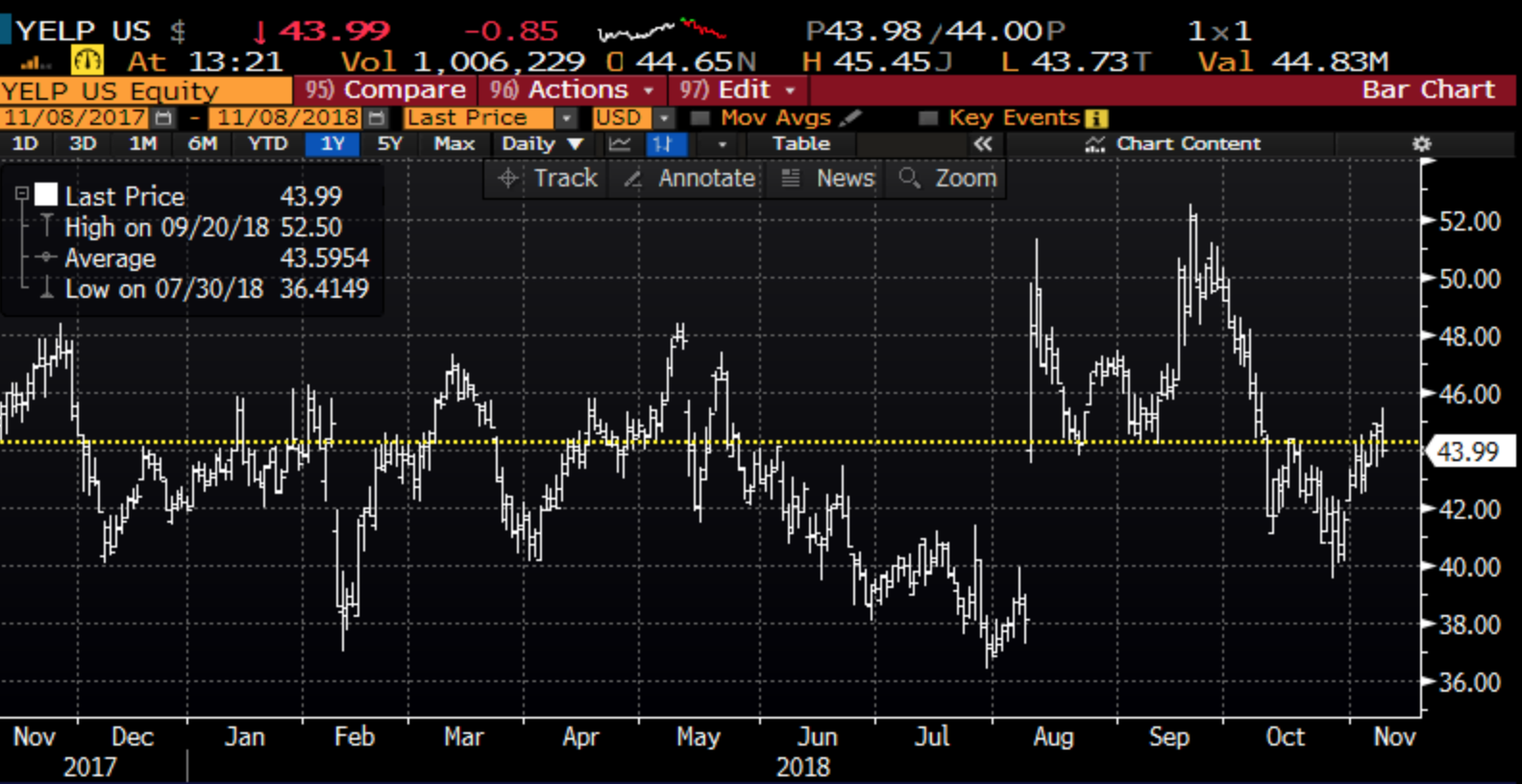 Well, YELP’s moment of truth comes tonight, with their Q3 earnings report. The options market is implying about a $6 move in either direction or about 13.5%. If you bought the Nov 9th at the money straddle (the call premium + the put premium) or the implied move into earnings, you would need a rally above $50, or a decline below $38 to make money by tomorrow’s close.

In the current environment, I am hard-pressed to see how YELP will be able to meaningfully beat their already raised guidance, and raise again. Any disappointment and this stock is trading back near $40. If I were inclined to play for a move back towards $40 I might consider a put calendar, selling a weekly out of the money put and buying a longer dated one in Dec expiration. For instance…

If the stock is $40 or higher on tomorrow’s close the Nov 9th weekly 40 put will expire worthless and you would be left long the Dec 40 put for only 60 cents. Depending on where the stock is, this put will have gained or lost value with the ideal scenario the stock being nearing $40, the Dec 40 put will lose some extrinsic value as options prices moderate but will also pick up value in deltas as it gets closer to the put strike.

The worst case scenario is the stock having the sort of rally it did last quarter, or down well below the 40 strike, but under those scenarios, the premium at risk is just 60 cents, or less than 1.5% of the stock price. If the stock were to decline, but be above the 40 strike, then you could consider selling a lower strike put in Dec and making a vertical put spread playing for lower lows.