Disney (DIS) will report their fiscal Q4 earnings Thursday after the close. The options market is implying about a 4.3% move in either direction post results which is rich to its average one-day post-earnings move over the last four quarters of about 1.8%. With the stock just below $116 the Nov 9th weekly 116 straddle (the call premium + the put premium) is offered at $5, if you bought that, and thus the implied weekly movement which is elevated into the print, you would need a rally above $121, or a decline below $111 to make money.

For a fairly unforgiving stock market, specifically of late, shares of DIS have shown very good relative strength to the broad market, up 7.5% on the year, and down only 3.3% from its 52-week highs made last month vs the S&P 500 (SPX) which is up 2% on the year and down 7% from its 52-week and all-time highs made in late September The one year chart of DIS below shows the very steady rebound from the Spring, and its recent consolidation above the breakout to new 52-week highs: 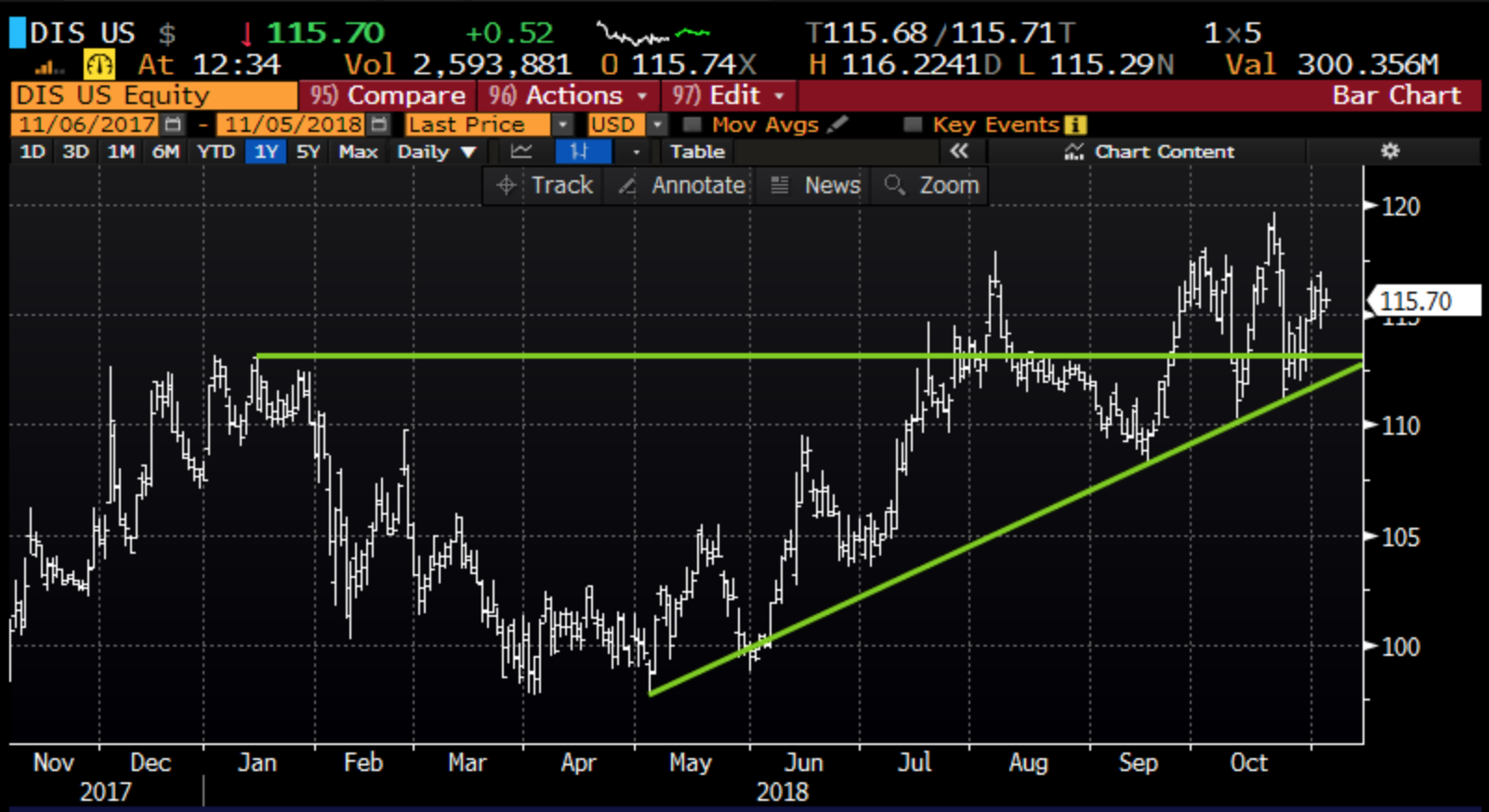 Thinking about the recent breakout in a longer-term context, the 5-year chart shows the wedge that has been formed, with the last few months price action above the downtrend from the all-time highs made in 2015. That former downtrend that was technical resistance may now be viewed as technical support: 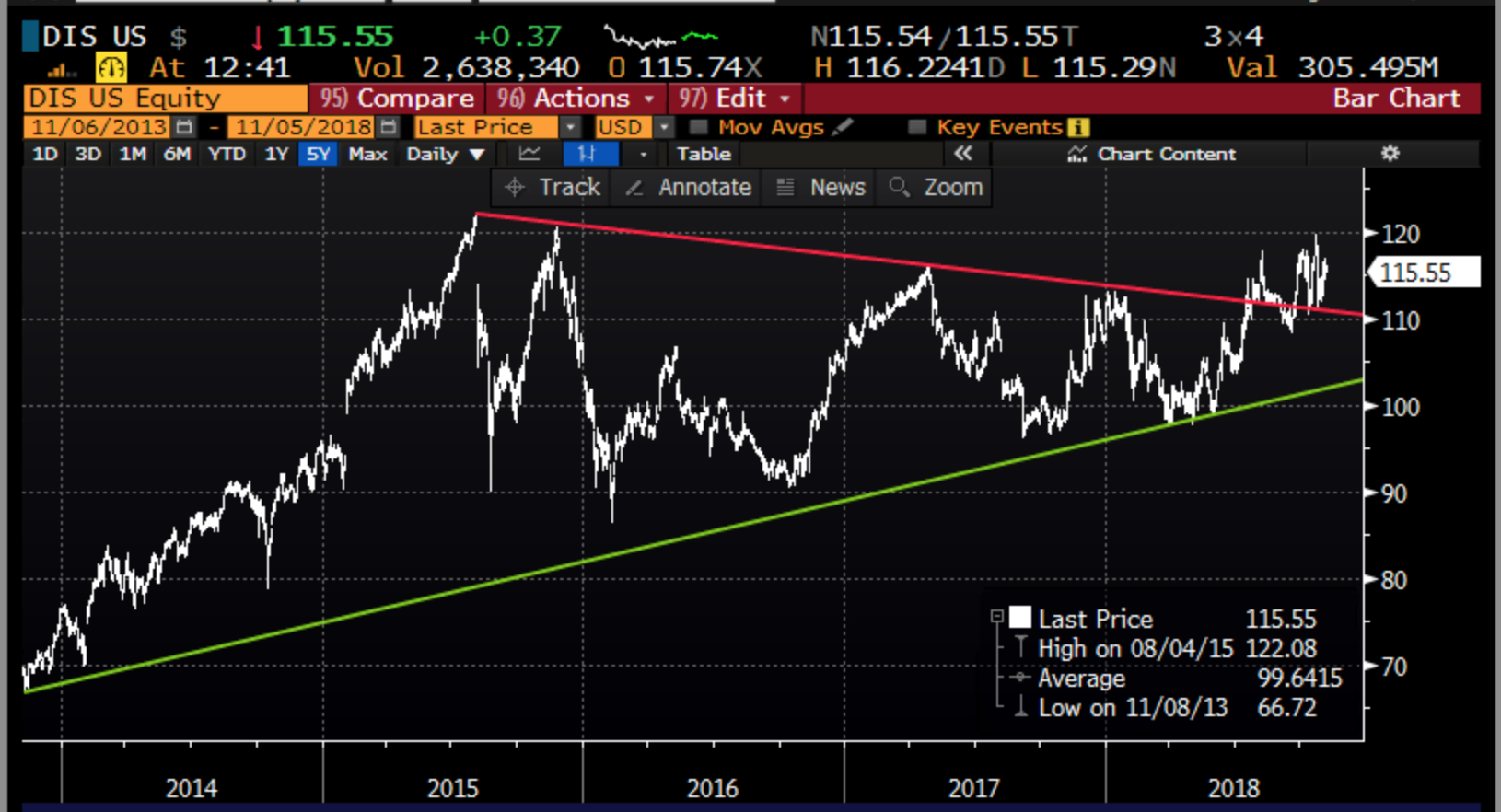 I wanted to put this stock on readers radar a few days prior to earnings as the next couple of days could see some market volatility and DIS back towards support near $110, or possibly resistance near $120 could set up for a decent trade into the print.