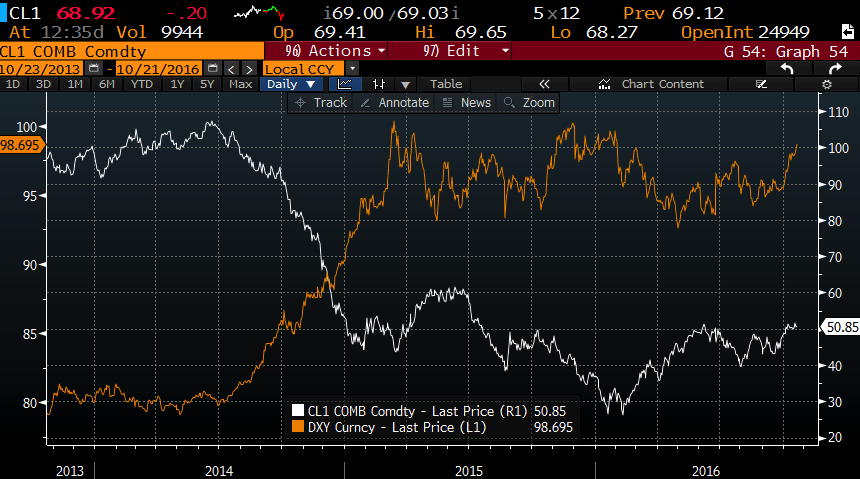 While the DXY has consolidated at lower levels since, but it’s not far below 2015 levels, but crude’s gains over the last year have also caused a situation where they have basically been able to live together near 52 week highs: 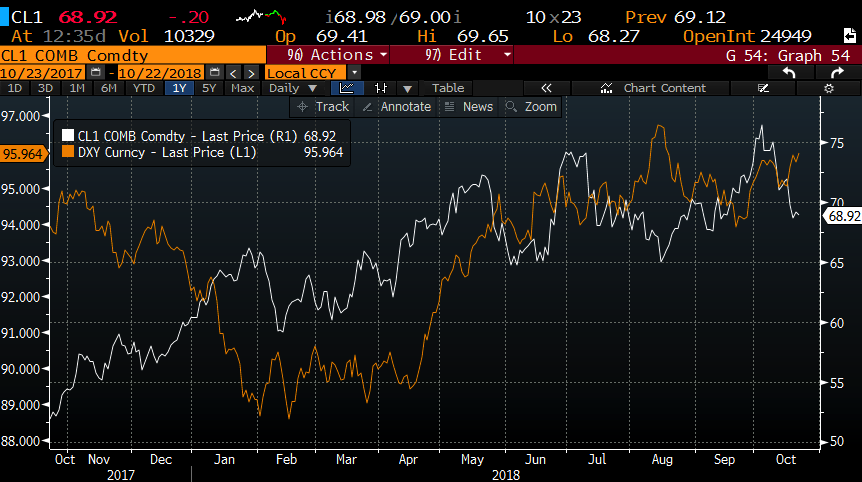 Earlier this month. crude trade at levels not seen since late 2014, but has since come back to the uptrend that has been in place since its mid-2017 lows: 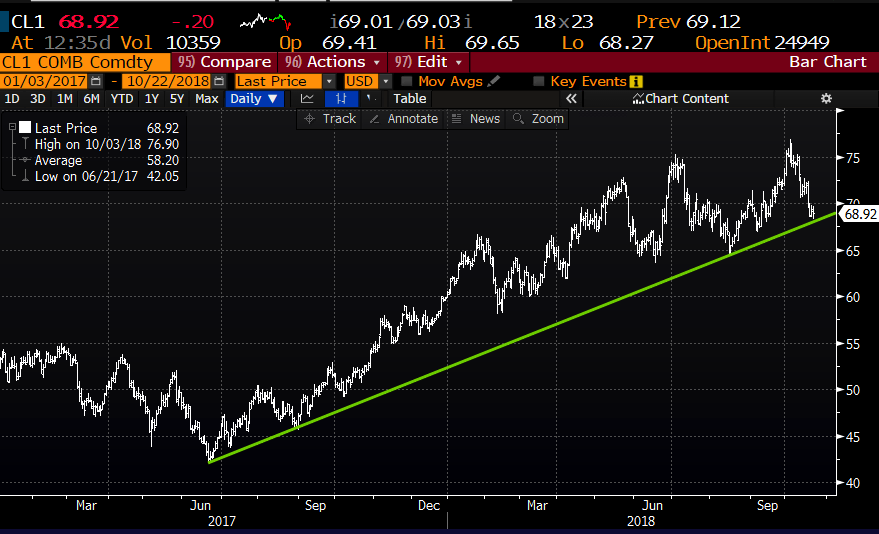 The S&P Oil & Gas etf, the XOP caught a bid in early April with the rise in crude prices, but has routinely failed near $44, and sold off 13% in what looks like a straight line over the last two weeks (commensurate with the move lover in crude), breaking through support at $40: 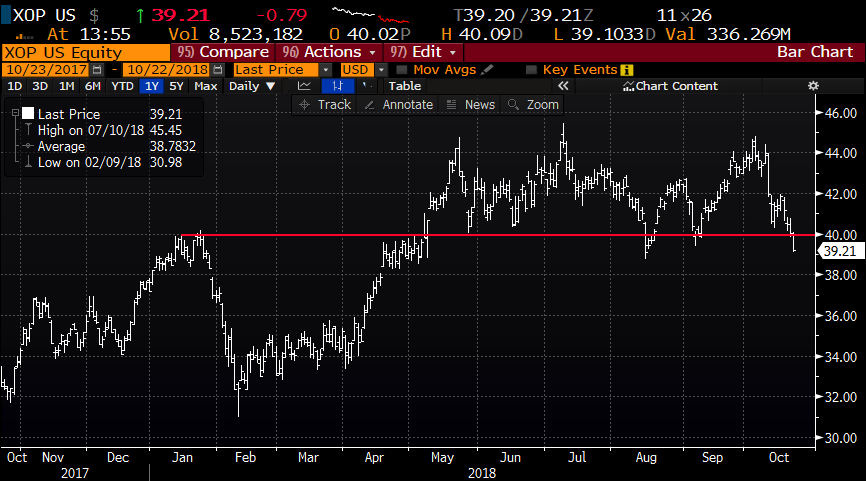 So what’s the trade? If you believe that U.S. rates are going higher and that the U.S. dollar should follow, and those two will weigh on global growth at a time where global trade has been thrown a curve-ball with the brewing trade war between the U.S. and China, then any pressure on global growth, coupled with upward pressure on the U.S dollar could cause Crude to go lower, at key support.

Rationale: short-dated options prices in the XOP are expensive, making long premium directional strategies challenged. A butterfly dramatically lowers the cost and the break-even of a bearish bet after such a sharp move lower. This trade idea risks about 2% of the stock price, with profit potential of up to 8.3% if the etf is down another 10% over the next two months, back to technical support.  The options market is saying there is about a 40% chance this trade idea will be at the break-even level on Dec expiration.

I don’t loving pressing shorts after such a sharp decline, so this is the sort of trade idea that might make sense to adjust strikes a little higher on a bounce. I would also add that there will be two more Fed meetings and the G20 meeting in late Nov that might have implications to currency and commodity prices before Dec expiration.