PayPal (PYPL) will report their Q3 earnings tonight. The options market is implying about a $4.80 move in either direction (or ~6%) between now and tomorrow’s close, which is rich to its 4.75% average one-day post-earnings move after the last four reports.

Shares of PYPL have been range-bound for the better part of 2018 trading between the low $70s and high $80s until its late summer break-out to new highs, followed by its 20% one month peak to trough decline from Sept 13th to last week. To my eye the stock has decent near-term technical support between $75 and $70 and near-term resistance between $85 and $87: 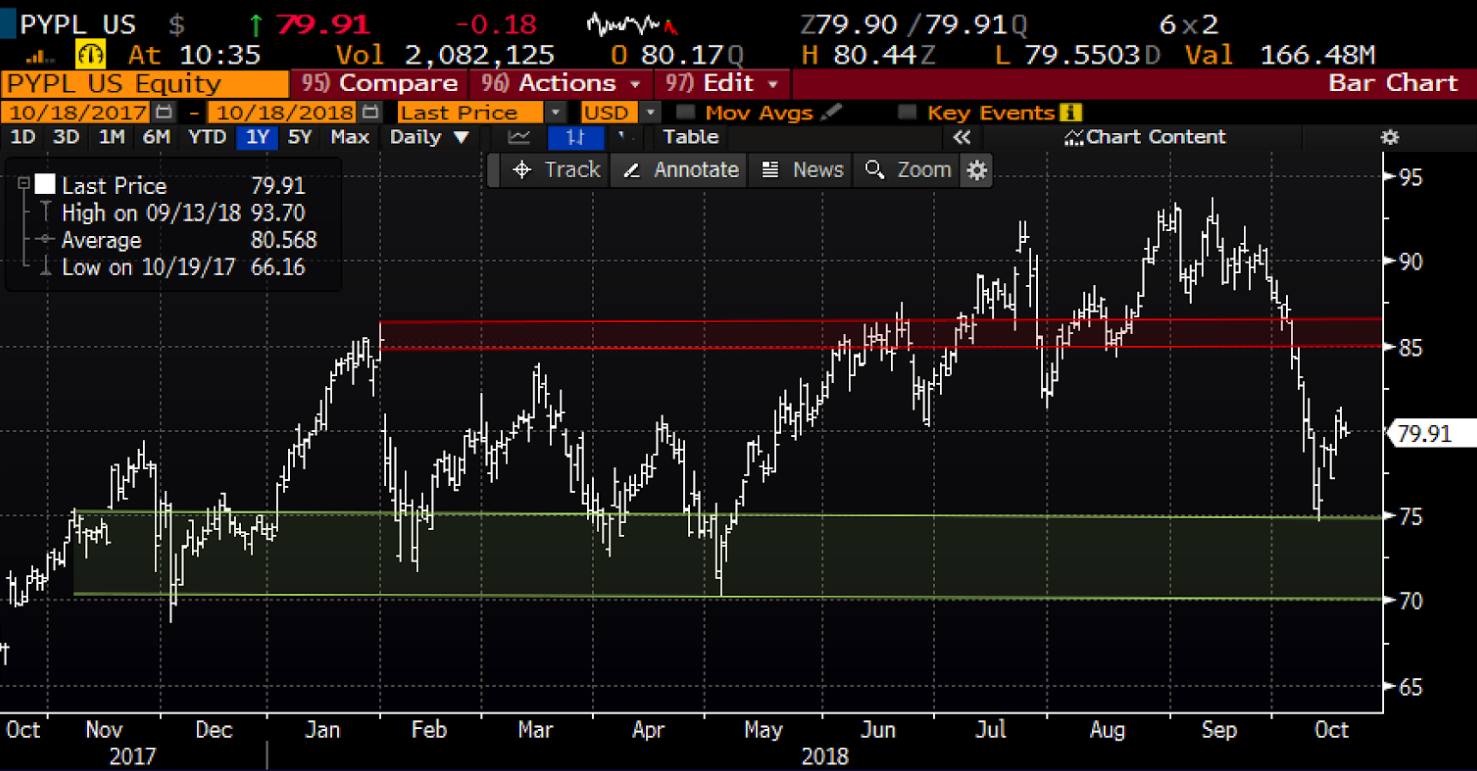 Wall Street analysts remain overwhelmingly bullish on the stock with 39 Buy ratings, 10 Holds, no Sells and an average 12-month price target of ~$98. As evidenced by the stock’s recent drop, investors have their fingers on the trigger of a stock that is up more than 100% since its split from eBay in 2015, and quickly approaching what might be an important technical support level at the low end of the area identified above at $70: 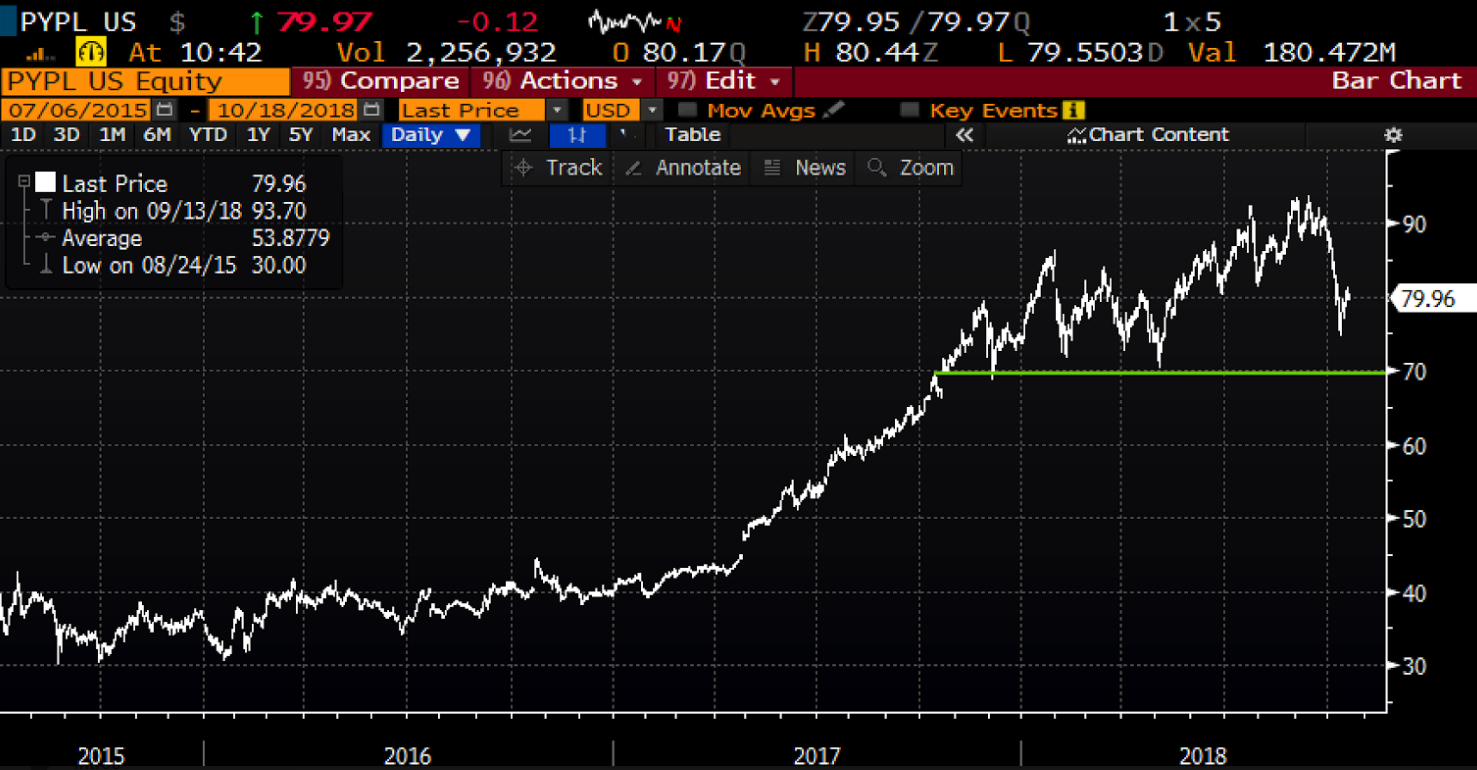 So what’s the trade: If the company were to miss and guide lower the stock would quickly be on its way to support at $70, this is how I might play for that event…

Rationale: this trade idea risks ~2% of the stock price for a break-even down about 5% over the next month with the profit potential of 3.3x the premium at risk if the stock is back towards important technical support.

Aside from the positive sentiment of Wall Street analysts, the company has attracted an activist investor in Dan Loeb, the founder of Third Point Capital, who disclosed their stake in an investor letter in late July suggesting, per CNBC.com:

“Consumers love PayPal because it enables hassle‐free, one‐touch checkout across millions of online merchants,” Loeb said in the note to clients Monday. “We see parallels between PayPal and other best‐in‐class internet platforms like Netflix and Amazon: high and rising market share, untapped pricing power, and significant margin expansion potential.”

Loeb predicts PayPal will generate earnings per share above expectations. He forecasts its shares will rise to $125 within eighteen months, representing 43 percent upside to Friday’s close.

“PayPal is just scratching the surface on pricing power: the company recently shifted away from a ‘one‐size‐fits‐all’ approach in merchant contracts to a dynamic pricing model that reflects the value‐add of a growing suite of products,”

Investors like Third Point who make public disclosures of positions like this, who will always remain a threat to management no matter how cordial they are at first are not so focused on the first few quarters since taking the position as they hope to help inch management towards actions that will dramatically boost the stock price in the quarters/years to come.

If I were inclined to try to ride Loeb’s coattails I might look to sell short-dated out of the money calls to help finance longer-dated ones into the new year.

The ideal situation for this trade is for the stock to work a tad higher in the coming weeks but at or below 85 on Nov expiration, at which point the short Nov call would expire worthless and reduce the cost of owning the longer-dated April call. At that point, I might consider turning the long April 85 call into a diagonal or straight calendar, or possibly a vertical call spread by selling a higher strike call in April. All of there potential actions work to further reduce the premium at risk.