On September 17th, despite raising fiscal 2019 guidance, FedEx’s (FDX) reported disappointing fiscal Q1 results which sent shares down 5.5% the next day, with an eventual decline of 15% as of last week, till finding some technical support at levels not seen since last November: 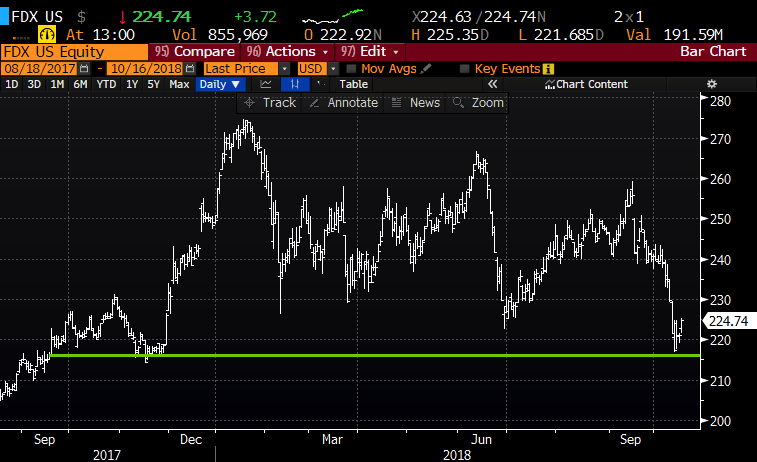 Taking a slightly longer term view, that one year support might prove to be very important for a stock that has made a series of two lower highs and lower lows since its all-time highs made in January, with an apparent air pocket down about 10% to the next big support level near $200: 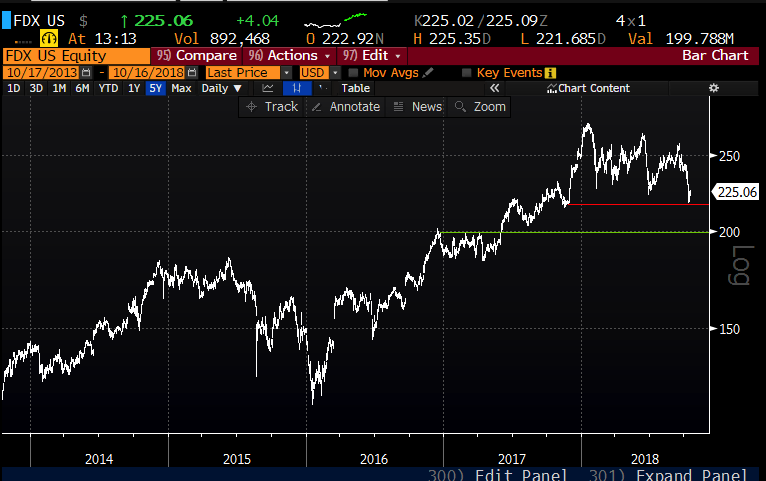 Investors were clearly not happy with the fQ1 eps miss, and the continued sell-off might have been the result of the realization that the guidance raise was a bit low quality and some of the issues that pressured Q1 profitability like wage and energy costs are likely to persist into the Holiday season.

But options prices which spiked into the print have come in a bit, with 30-day at the money implied volatility at 23%, which is just a tad above the one year average of about 21%:

For those that think the stock has found its footing at important support, and the stock is poised to bounce into what should be a robust holiday season buoyed by consumer confidence nearing 20-year highs, then it might make sense to define one’s risk to play for a retracement of the recent decline. Oh and FDX trades at a little less than 13x expected fiscal 2019 eps, which the company just raised for the second time in four months, and is expected to grow at 14% on 9% expected sales growth.

The next identifiable catalyst for the stock will be their fiscal Q2 earnings scheduled for December 18th after the close. But FDX only has $10 wide strikes, which makes it hard to pick strikes for an event two months out so it might make sense to pick a technical level to target, which for the next month looks like the recent breakdown level at $240: 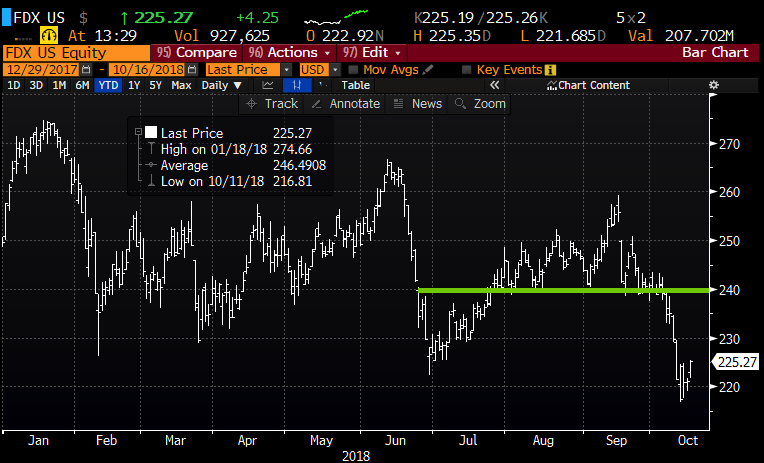 If I were to target $240 over the next month I might consider the following defined risk trade idea:

Rationale: this trade idea risks a little more than 1% of the stock price for a break-even of up 3.5%, which the options market says has about a 40% probability of occurring at this moment.