Tomorrow after the close Netflix (NFLX) will report Q3 earnings on Tuesday after the close. The options market is implying about an 8% one day move on Wednesday, which is above the 6.5% average one day move over the last four quarters, but well below its 13% average over the last ten years. With the stock around $330, the Oct 330 straddle (the call premium + the put premium) is offered at about $24, if you bought that, and thus the implied weekly move you would need a rally above $354, or a decline below, $306 to make money.

On Friday’s Options Action on CNBC, technician extraordinaire, Carter Worth of Cornerstone Macro made the case that NFLX’s chart could have move downside, and could be forming a head shoulders top pattern, click below to watch: 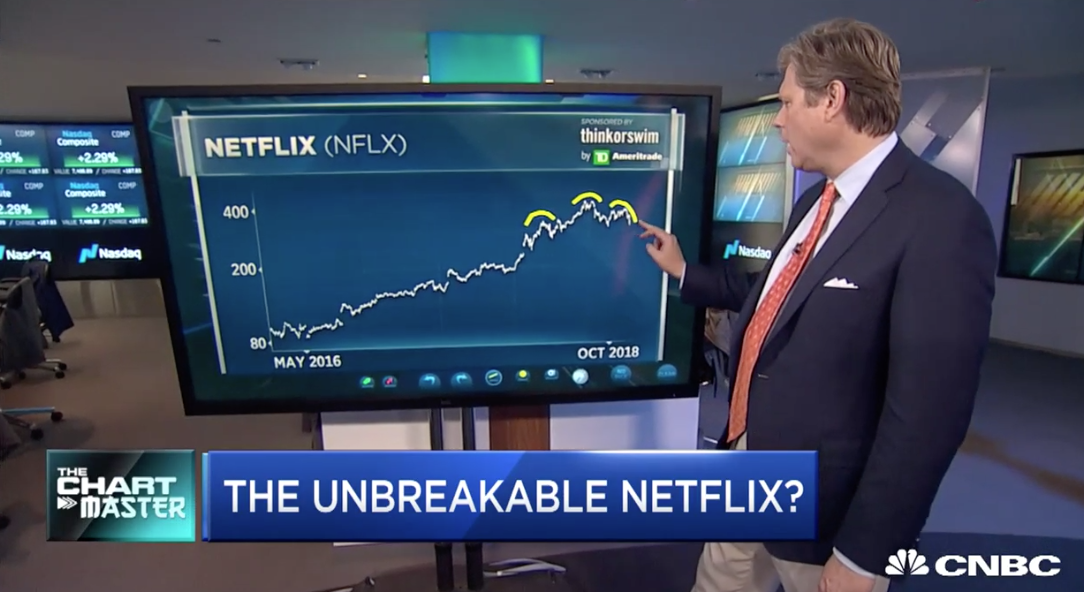 I see what Carter see’s a bit of an air pocket below the August low near $310 possibly down to the January earnings gap level near $250: 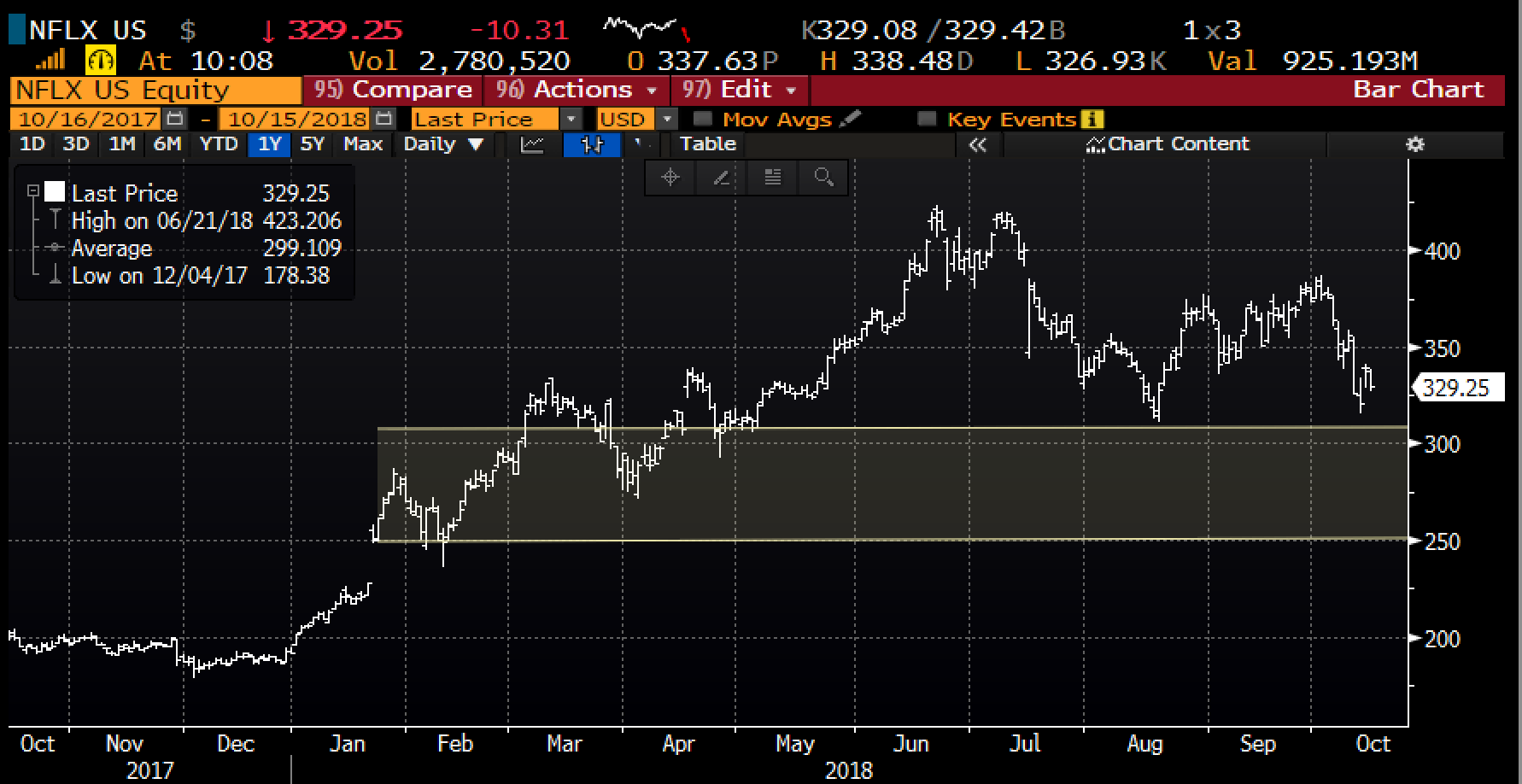 Despite the fact that NFLX is down 22% from its June highs, the stock is still up a whopping 71% on the year, and oddly analyst who are overwhelmingly positive in the stock (28 Buys, 12 Holds and only 4 Sells) have proven more inclined to defend the stock on the drop, with Citibank actually upgrading the stock on Friday to a Buy.

And what Mark thinks could be the drivers for the stock post results:

Last quarter the company missed subscriptions by 1 million which sent the stock down 5% the day following results in mid-July.

My other Options Action co-panelist. Mike Khouw detailed a bearish trade idea that corresponded with Carter’s bearish technical view. When the stock was $335 the Nov 325 / 275 put spread cost about $12.50, or a quarter the width of the $50 widespread. For a stock that has moved as much as it has in the past post-earnings, and is expected to move this quarter as much as 7% in either direction, this spread targeting the break-down level near $310, with a max profit near support around $275 makes sense for those with a bearish directional view into the print.

I might add one more strategy that might be relevant to long holders of the stock who want to hold till 2019 for tax reasons, think the stock is ok but worthy that the current correction tech stocks are in might continue and NFLX could become the poster child for tech stock valuations and that its year to date gains could cause it to become a source of funds.

If I were long I might consider a collar to allow for further upside but defining risk to the downside. For instance…

Rationale: I think it is important to think about this hedge in terms of probabilities. Forst to the downside, the options market is saying there is nearly a 30% probability that the Dec 300 puts could be in the money on Dec expiration, and only a 10% chance the short put strike of this trade is in the money. The put that you own as a hedge relatively likely, and the one you are short very unlikely. Normally if we’re inclined to make a bearish bet into an event like this for a stock that has been volatile we would not look to buy a 10% out of the money put with only a 30% chance of success. But by helping to finance that put by selling the Dec 380 call for 3% of the stock price, which is 15% out of the money which the options market says only has a 26% chance of being in the money helps the odds a bit. And for one important reason, you would do this if you were more worried about the extreme downside over the next month than extreme upside.

We will see where the stock is tomorrow at this time and consider some directional trading strategies.