On Monday prior to FedEx’s (FDX) fiscal Q1 results that evening I detailed a defined risk bearish trade idea (or protection for longs) citing:

you might’ve been able to tell from the clip that I wonder why such a cheap stock (FDX) trades well below a market multiple despite its P/E at levels below its expected eps growth rate this year and next. Also the stock’s 15% rally from its late June lows, and it’s 7% rally in just the last two weeks makes me a tad cautious as the stock approaches the downtrend that has been in place since January.

If I were long stock and looking to hold on, I might consider slapping on near-term protection after such a sharp rally of late, or looking to play for a pullback towards $240 over the next month

And the trade idea:

FDX closed down 5.5% yesterday, just above the short strike of the put spread at $241.58. As I suggested in Monday’s post, $240 looks like near-term support, but given the fact the stock closed on the dead low I suspect we see lower lows in the days to come: 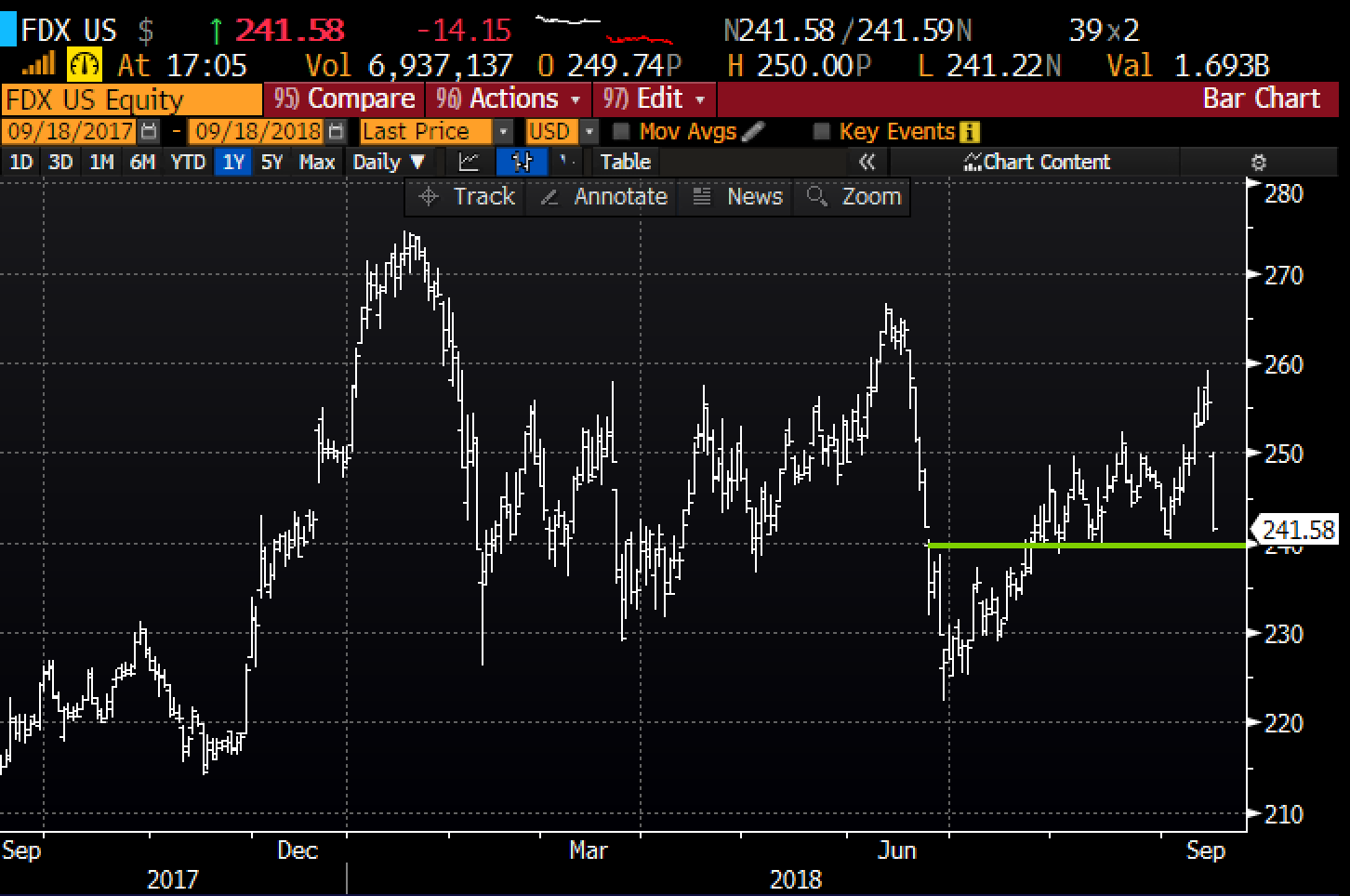 With the stock this morning at $242, the Oct 12th weekly $255 – 240 put spread can be sold at about $10 vs the purchase price of $3.10 detailed Monday when the stock was $258. At this point, I think it makes sense to take the profit and move on as it can only be worth $15 on Oct 12th expiration, and it does not make sense to risk $10 to possibly make another $5 with the stock very near the low strike. The bet to stay long the put spread would be that the stock will stay lower for longer, and it is really a coin flip.