Since the spring I have taken a few cracks at Facebook (FB) playing for a reset of what I felt was exuberant investor sentiment (here, here, here & here). WIth the stock down a whopping 26% from its all-time highs made in late July, just prior to their Q2 earnings, I now wonder if another leg lower, back towards the 2018 lows, and possibly lower sets up for a fairly epic long entry? Wall Street analysts have massively reset their forward expectations for eps, sales, and margins based on the company’s guidance given in July. At this point though expectations might be low enough that the company might be able to beat them going forward, which would make the stock very cheap trading at 19.5x expected 2019 eps growth of 15% on 24% expected sales growth, which would be close to $70 billion with gross margins north of 82%. But I suspect it will be prudent to wait for two events, the company’s Q3 call that should come the last week of Oct, and then the result of the mid-term elections in the first week of Nov to make sure the company has visibility into their business and the practices of participants on their platform. Investors on the call will take a specific interest in user behavior, advertiser spend, margins and a general level of confidence that the company is self-regulating its platform to avoid the involvement of the federal govt.

So still a lot of uncertainty and the stock’s price action is downright horrible which has me looking a the chart. It’s really hard to look a the one year and not see a re-test near term of the March low of $150 a level it also used as a springboard in mid-2017 to breakout to new all-time high: 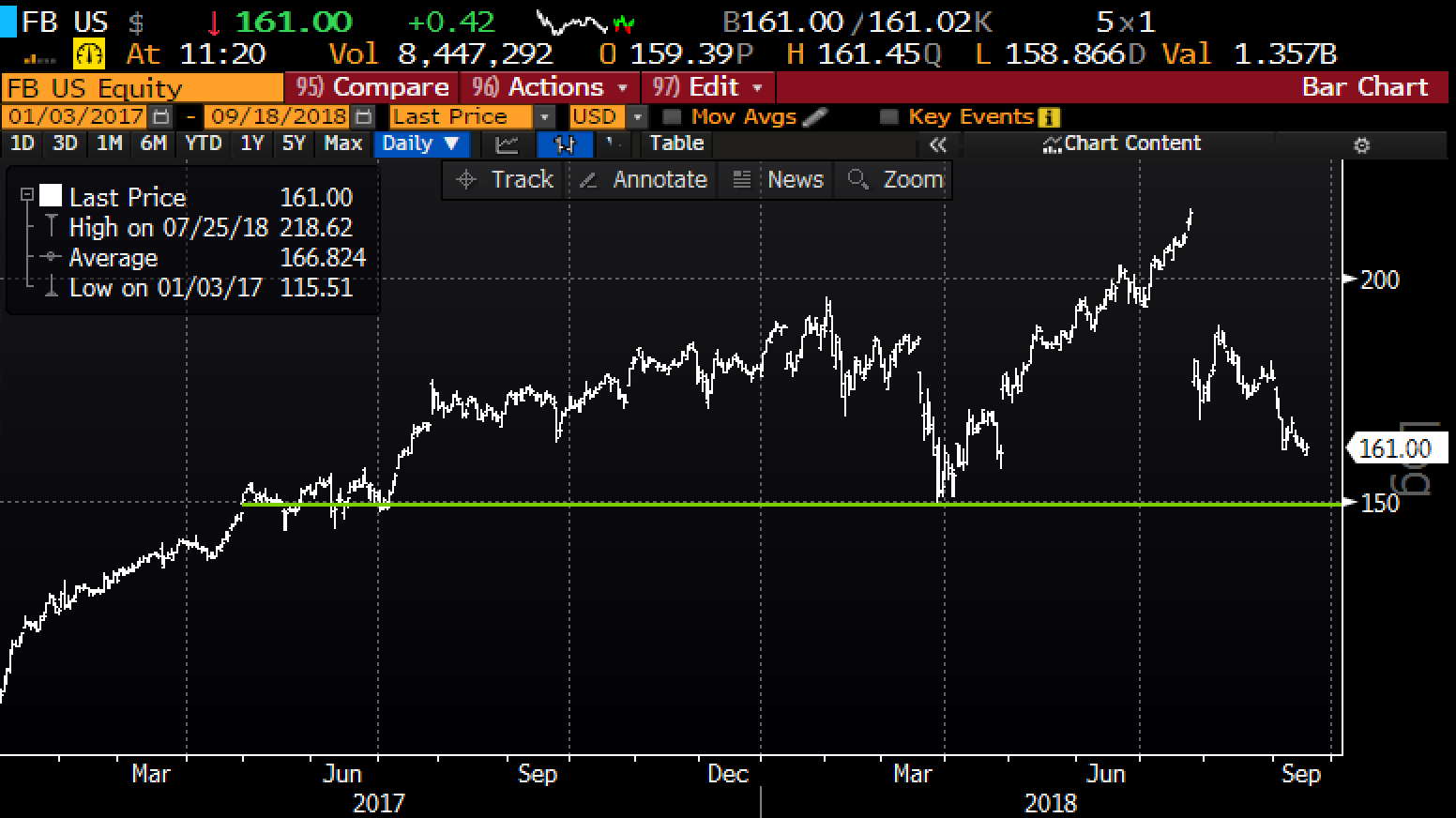 The five-year log chart shows the recent break below the uptrend that has been in place since late 2013, and that appears to be technical support near the early 2017 breakout to then new all-time highs: 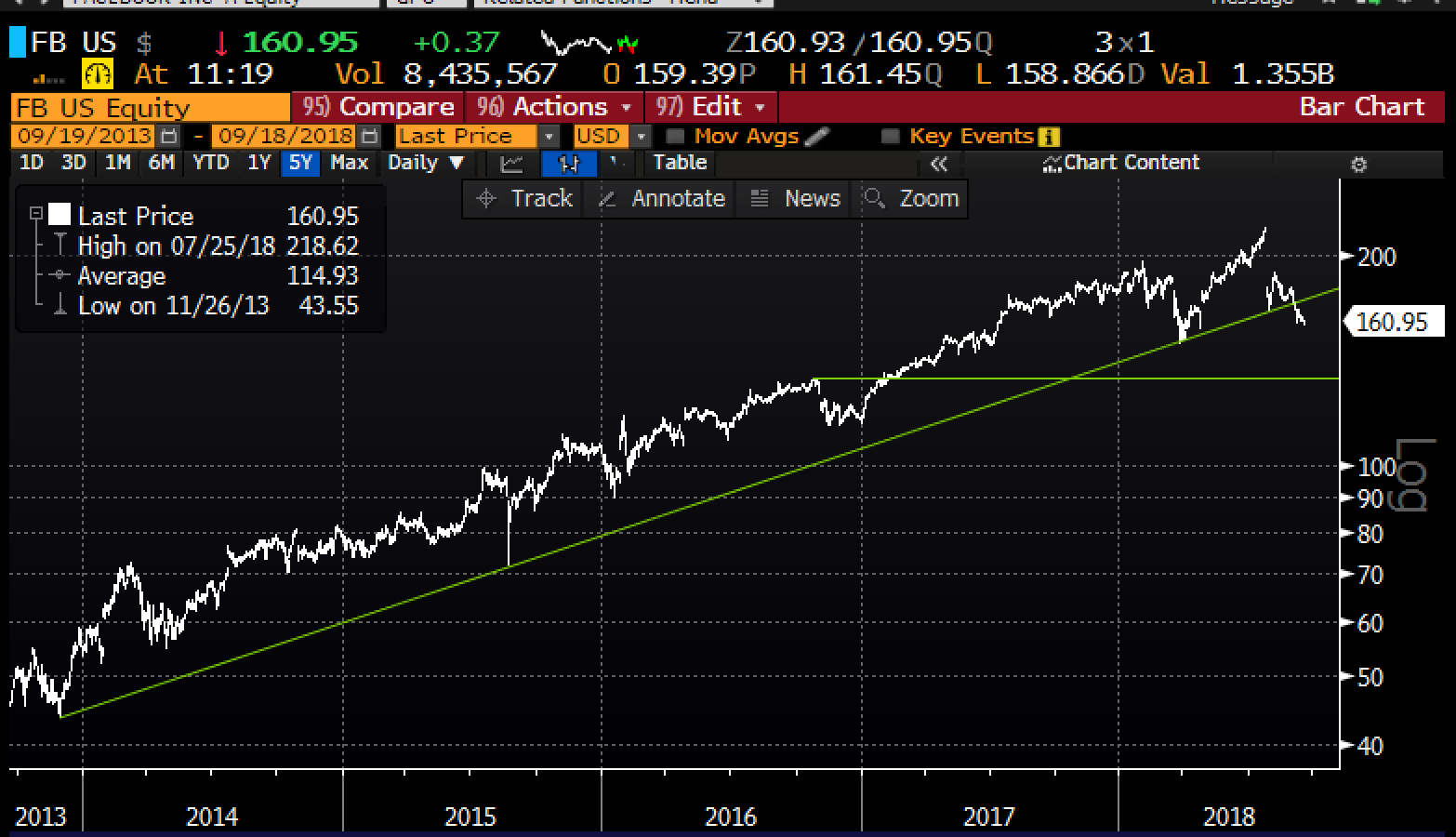 So what’s the trade? the stock is clearly a hard press on the short side, but if you are in the camp that a test of $150 is in the cards prior to Q3 results, then defining one’s risk over the next month with put spreads could be the way to play… for instance:

Again this is a tough press on the short side after such a sharp and sustained drop over the last two months, but options prices are relatively cheap for those might be looking for near-term protection or looking to make a defined risk bearish bet.