Shares of Facebook (FB) are trading quite differently than they did the last time they sent an executive to testify before Congress on April 10th on their data practices and to explain how their platform was weaponized by those seeking to influence our presidential election in 2016. Just like today, when FB COO Sheryl Sandberg faced off with lawmakers in Washington, shares of FB were down considerably in the weeks prior to CEO Mark Zuckerberg’stwo-day hearing, which had culminated in a nearly 25% peak to trough decline for the stock from its all-time highs made in early February: 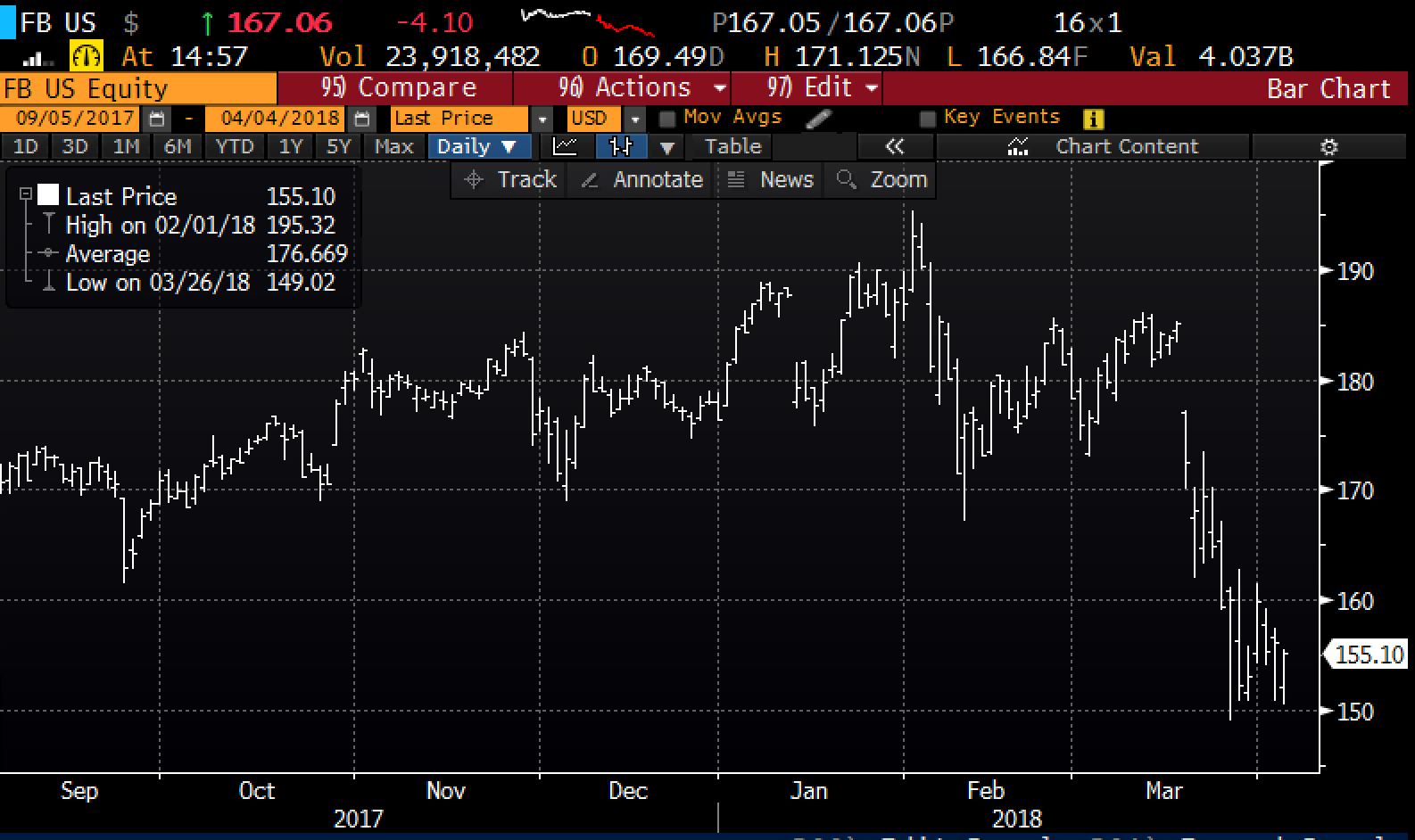 From the moment Zuckerberg opening his mouth on April 10th, shorts started covering, setting off a vicious rally: 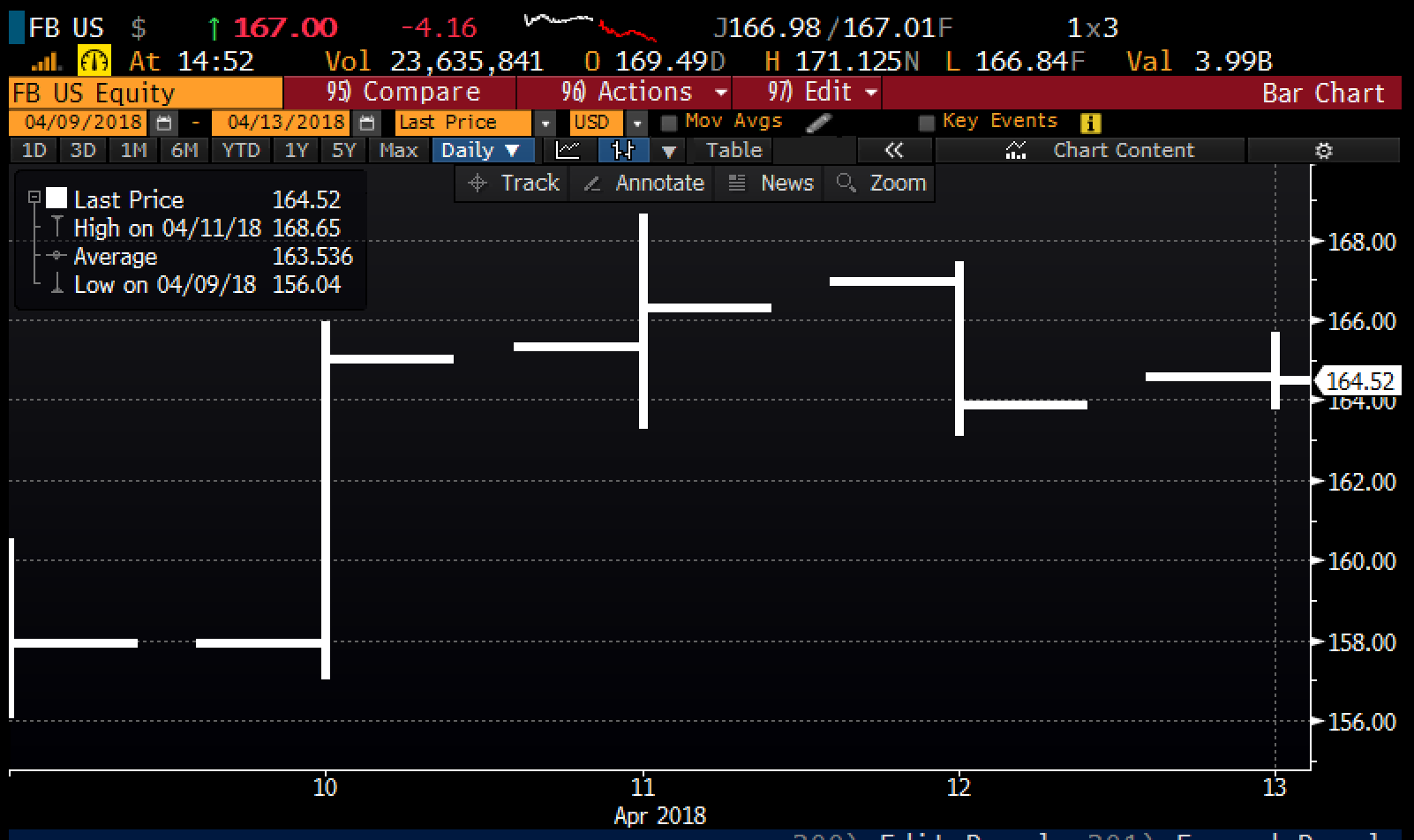 Not only did the stock recover, but it went on to blast through the prior all-time highs and run another 10% before its 19% one day drop on July 26th following its disappointing forward guidance which can be attributed to higher spending associated with security and privacy concerns: 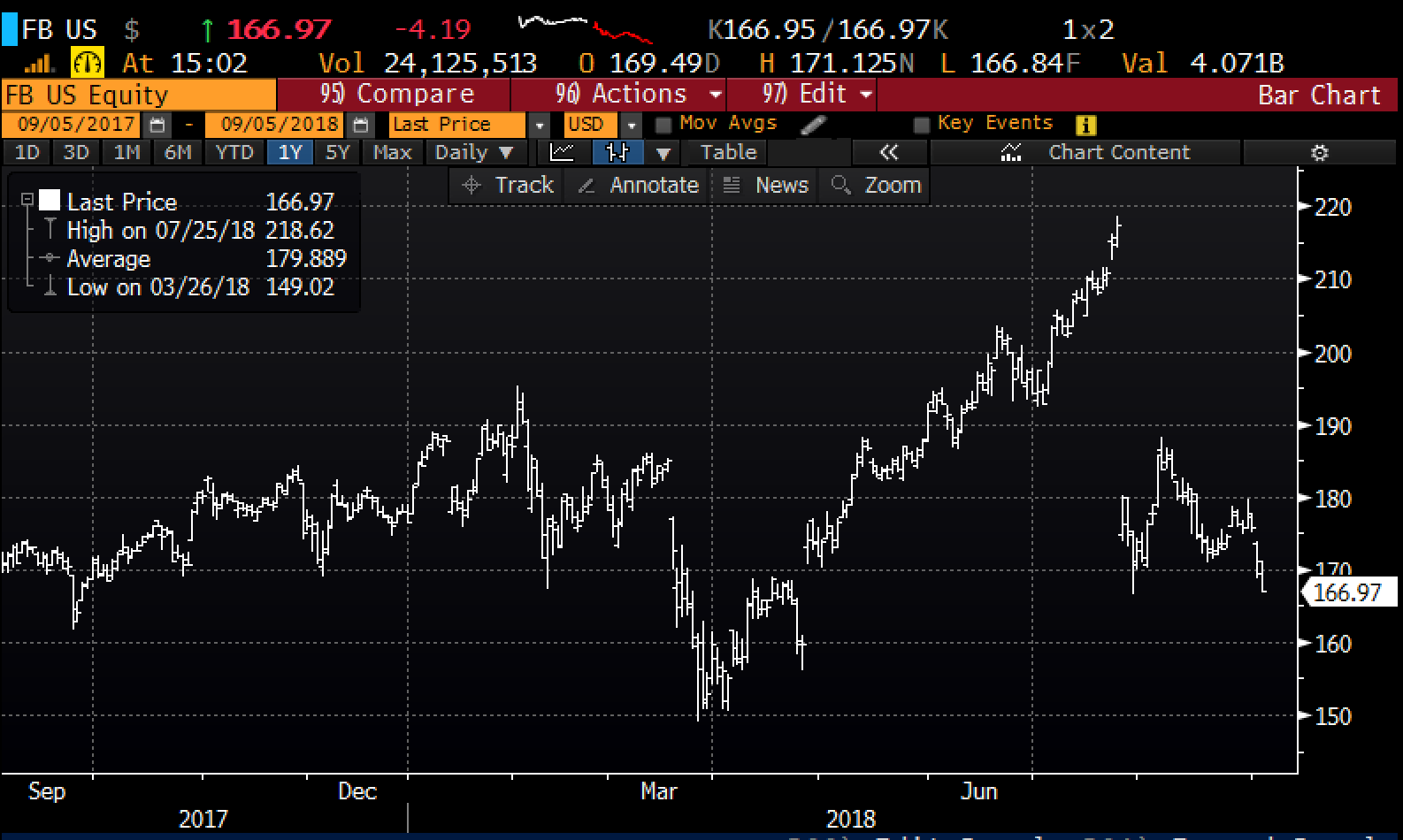 The late April earnings gap from $160 looks like an obvious target to fill in the near term, while the early April low of $150 will be viewed as important technical support: 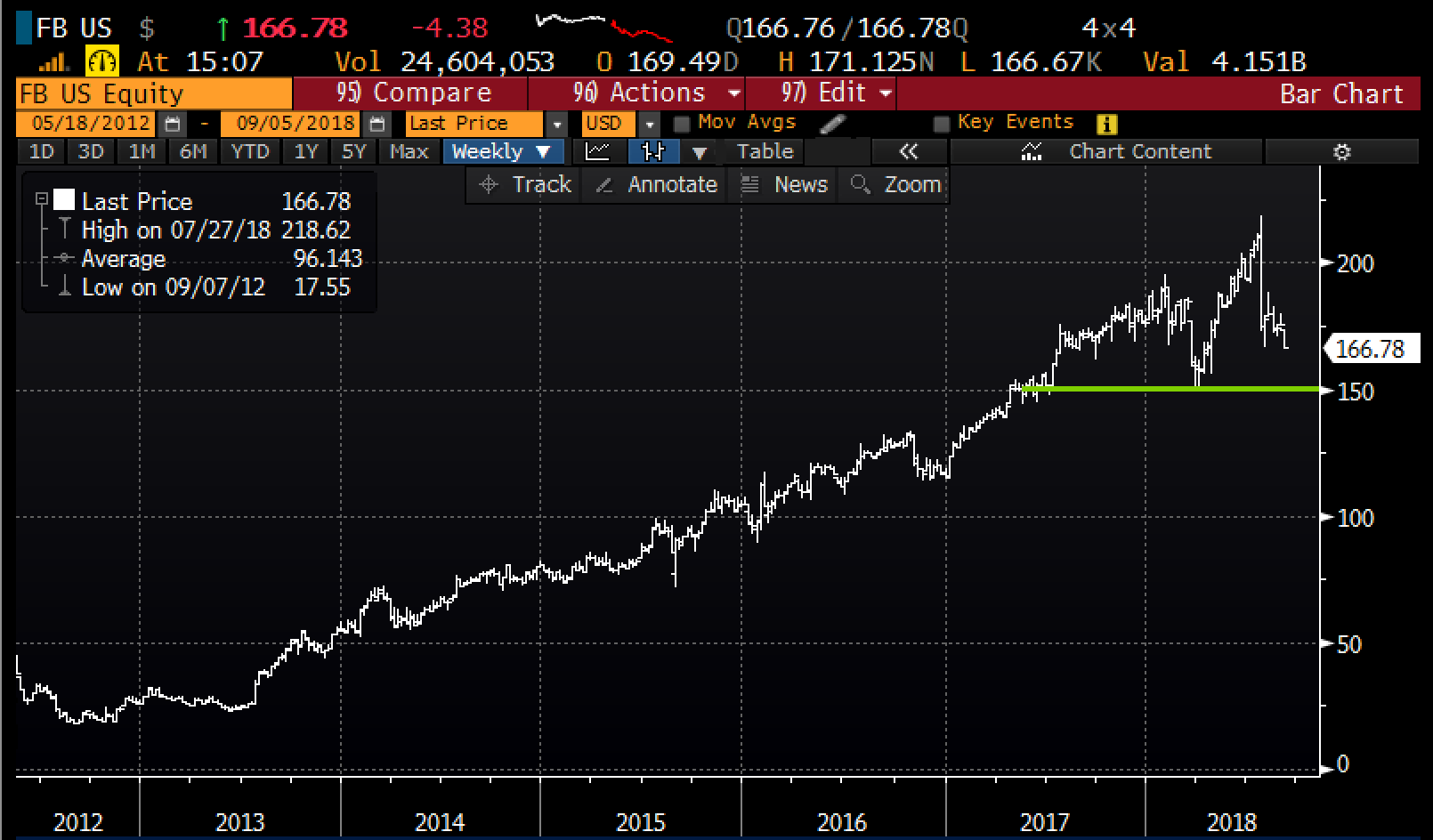 Why is this time different? I guess the known knows, back in April the company had not quantified how their own actions would affect their financial results and offered very little clarity how the action of other, out their control, users, advertisers, and regulators might affect their sales, profits, user growth, engagement, spending etc. Now it is a wait and see, and the stock could be listless until their Q3 print expected in late October.

While most traders and investors appear to be focused on the downside in the near term, at least one trader is looking way up and way out…

Asking around to a few traders who are intimately familiar with institutional options flow, these calls clearly look bought to open, and its hard to find anyone who is not looking at this trade with a quizzical look. We won’t know for some time whether this was a smart way to play for a rally in FB shares over the next 18 months, but I suspect this is a large shareholder looking to lever up their position.