Walmart (WMT) will report their Q2 results on Thursday, August 16th before the market open. The options market is implying about a 4% one day move, which is rich to its 6% average one day move over the past four quarters and double the 3% average over the last ten years. With the stock trading at $90.15, the August 17th (next Friday) 90 straddle is offered at about $4, if you bought that, and thus the implied movement, you would need a rally above $94, or a decline below $86 to make money by next Friday’s close (most of that is being priced for earnings day), or about 4.4% in either direction.

Wall Street analysts are overwhelmingly mixed on the stock with only 11 Buy ratings and 22 Hold ratings, despite no Sells. The average 12-month price target for the stock is about $94.

Yesterday, Credit Suisse’s retail analyst Seth Sigman who rates the stock Neutral offered the following items to look for in the print: 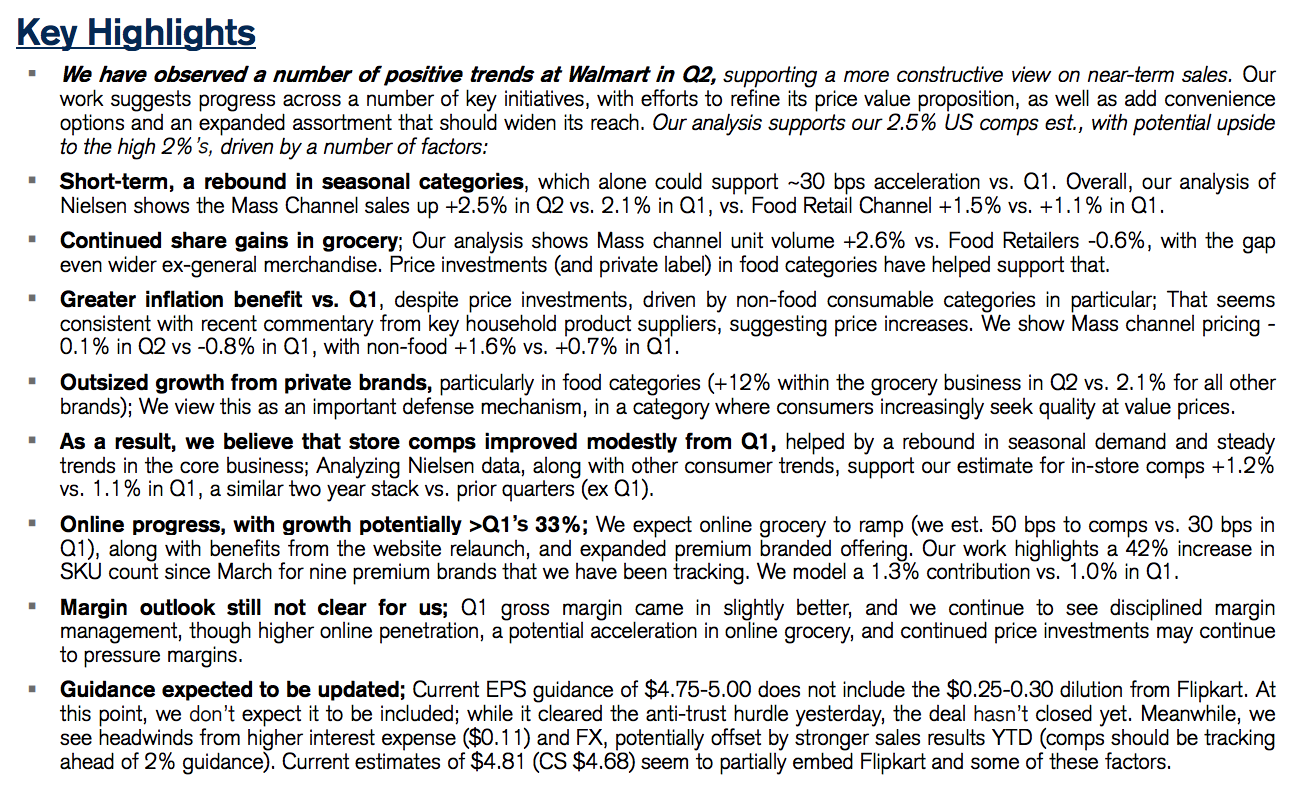 When I read a note like that, I suspect if the company is able to deliver on a few of the potential positives than they are itching to upgrade.

The stock is down about 9% on the year, but today is trading at an important near-term resistance level of $90: 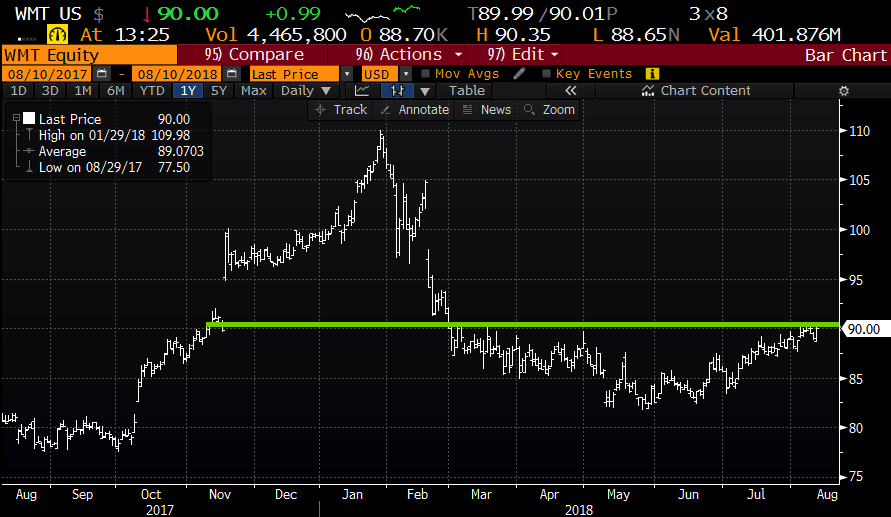 And looking at the five-year chart $90 has some significance as it was the level the stopped topped at in 2015 and broke out from in late 2017: 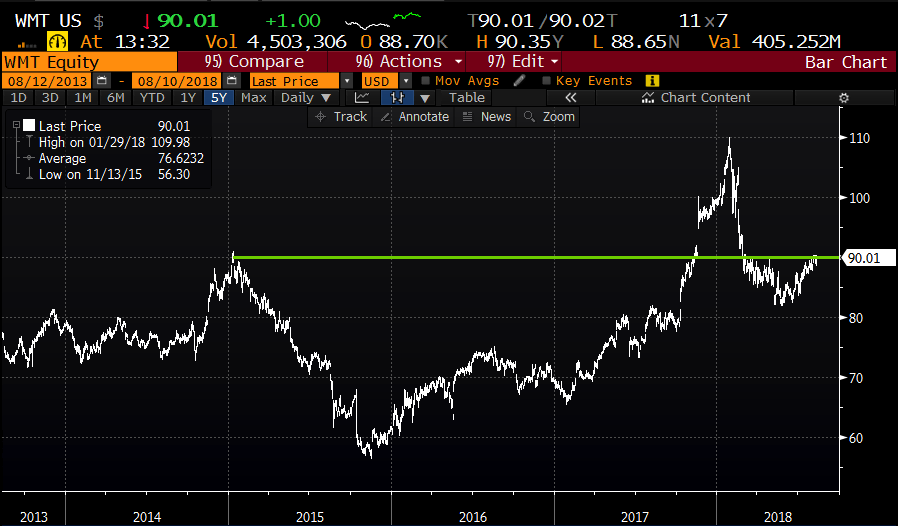 So what’s the trade? If you are inclined to play for a breakout above $90 in the coming months buoyed by achievable near-term guidance, the potential for upside margin improvement resulting from better instore sales trends and online growth, consumer spending tailwinds into the seasonally strong back to school/ holiday periods and reversal of generally poor sentiment relative to Amazon, Costco & Target that are all trading at or very near all-time highs, then consider the following defined risk bullish trade idea:

Rationale: this trade risks 3% of the stock price for an at the money call spread that offers a 2.5x payout to the premium at risk if the stock is up 10% in a little more than two months.